In March The Harriet Tubman Underground Railroad National Park will open on the Eastern Shore of Maryland near Tubman's childhood home. 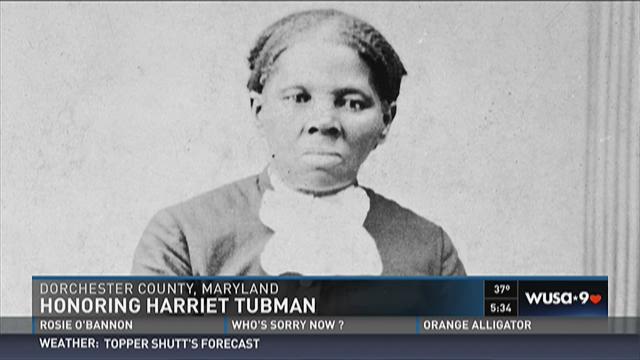 DORCHESTER COUNTY, Md. (WUSA9)--This Black History Month we profile a runaway slave who outsmarted many; and, led dozens of fellow slaves along the Underground Railroad to a new life. Her courage made her an American icon. Today, Harriet Tubman is the first black woman set to be printed on US currency.

In March, The Harriet Tubman Underground Railroad Visitor Center will open on the Eastern Shore of Maryland near her childhood home. The project has taken four years to complete. The visitor center and park explores the life and legacy of Tubman — a slave who repeatedly risked her own life to save others.

Harriet Tubman is a great American success story. Against all odds her actions helped change the direction of the political wind.

For more than two decades Gwendolyn Briley-Strand has been traveling the United States telling Tubman's story in a one-woman-play called The Chosen One.

"To prove how strong she was as a worker, they filled a canoe with boulders and they put a bit in her mouth and she pulled it with her mouth and they bet on her as they had their cognac," says Briley-Strand. "Everything about her they underestimated."

Through the years, Tubman rescued hundreds of slaves. She was never caught.

During the Civil War she worked as a spy and became the first woman to lead an assault.

After the War Tubman fought for equal rights for women.

" Having no fear. Because you believe so strongly in what you're doing," says Briley-Strand.

Harriet Tubman was born with less than nothing. As a slave she taught us all — the power of one. And, in the woods of Dorchester County, Maryland she became invincible.