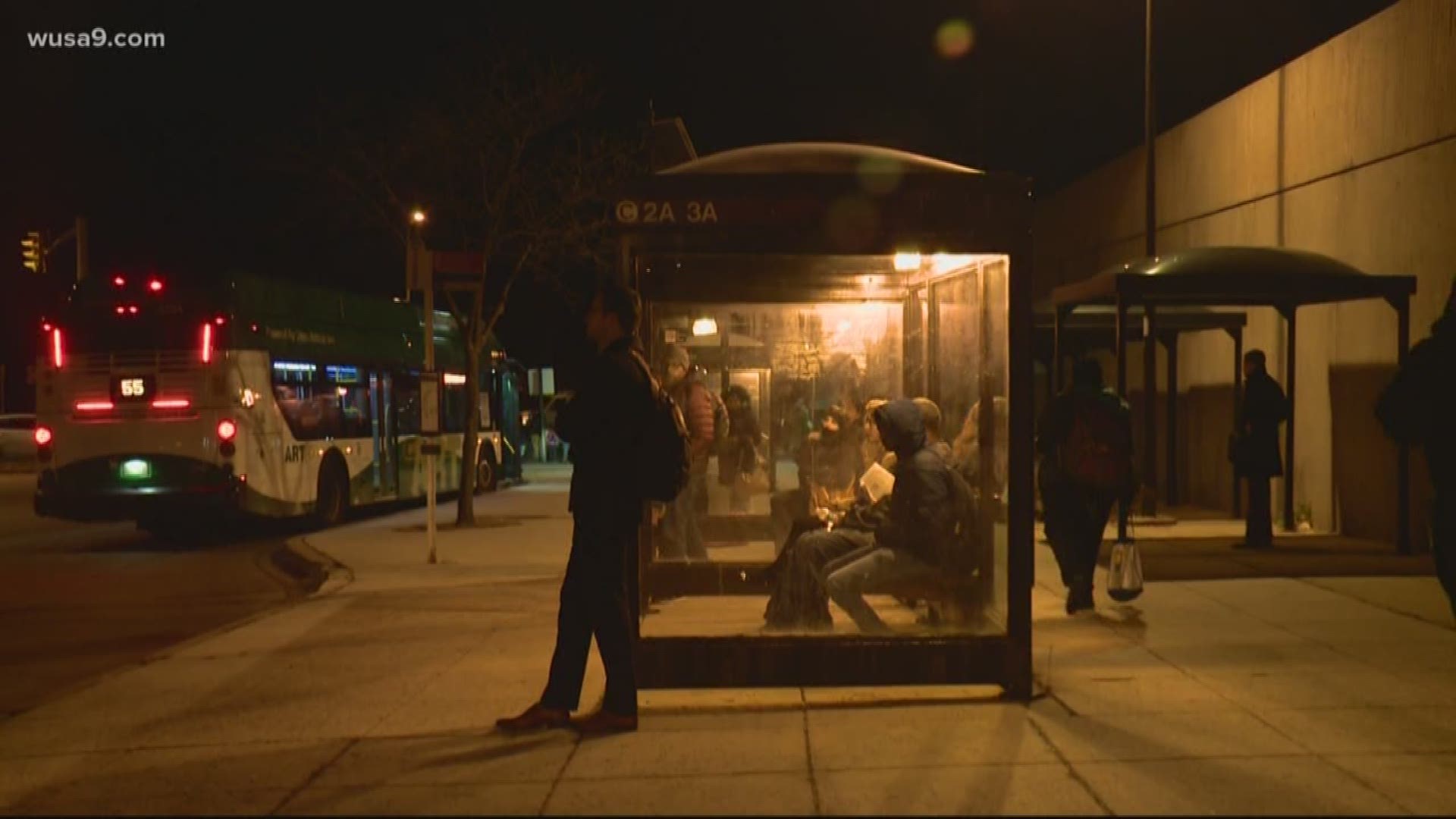 FAIRFAX COUNTY, Va. — Tens of thousands of bus riders in northern Virginia have to come up with new ways to get to work thanks to a labor dispute.

On Wednesday, Amalgamated Transit Union 1764 announced its drivers and mechanics who operate the Fairfax Connector bus line in Fairfax County planned to go on strike. The union's contract expired at the end of November.

ATU 1764 claims the contractor who manages Fairfax Connector, Transdev, has subjected its workers to unfair labor practices. Transdev said it was prepared to offer the union an updated wage proposal, with a salary increase, before workers declared their strike Wednesday night.

The disagreement between the two sides has left more than 30,000 bus riders in northern Virginia with disrupted Fairfax Connector service.

According to Fairfax County, the Fairfax Connector will run on a Sunday service schedule Friday.

"The decision was made to operate a limited Sunday service instead of a weekday schedule because that is believed to be the maximum level of reliable bus service that can be provided under the current circumstances," the county said in a statement.

Ian Swanson typically takes the Fairfax Connector to get to work at the Pentagon. He said his Thursday commute took an additional 40 minutes because he had to use rideshare to get to the Metro at East Falls Church station.

"We kind of held our breath," Swanson said. "I had read in the paper that the contract was going to end soon."

Swanson said while he would like to see bus service restored as quickly as possible, he also feels bad for the Fairfax Connector's bus drivers.

"I ride the bus at the same time [everyday]," he said. "So, you kind of get to know the driver. You recognize them. There's this relationship."

This is not the only labor dispute impacting bus service in northern Virginia.

Amalgamated Transit Union 689 declared a strike at Metro's Cinder Bed Bus Garage more than a month ago. It, too, said the contractor there, Transdev, had also displayed unfair labor practices.

That strike has impacted about 8,500 riders in Alexandria City, Fairfax and Arlington counties.

Both ATU 1764 and ATU 689 joined together to protest Transdev and Metro Thursday morning at the Cinder Bed Bus Garage.