WASHINGTON — The future is here. Or, at least it is near.

Americans have discussed the introduction of self-driving cars to the country’s roads for years. Now, in the District of Columbia, it appears residents could be just a few years away from seeing an uptick of such vehicles traveling city streets.

On Monday, the companies HERE Technologies and VSI Labs tested a fully autonomous Ford Fusion on the streets of Northern Virginia.

The car maneuvered and changed lanes on Interstate 66 without the help of a human being on its steering wheel.

"This vehicle, right now, is just using our HD lane data to help with lane changing and staying in the lane," he said.

HERE Technologies gathers everything from lane width to lane marking data with the help of 400 vehicles that are equipped with GPS software. Interstate 66 west bound, near Rosslyn, had been mapped prior to the car's Monday tour along that busy road.

"With autonomous vehicles, we have to provide that information to the vehicle," Preyss said.

There are numerous safety components to reduce the possibility of accidents on the road. Two engineers stay in the car to monitor how it handles travel, with one engineer sitting behind the wheel.

If something were to suddenly appear in front of the car, censors, in conjunction with the HD map, would work to apply braking.

HERE Technologies says it's excited to see where self-driving technology can go.

But, HERE Technologies and VSI Labs are not the only private companies that have envisioned a possible future in D.C.

In October 2018, D.C. Mayor Muriel Bowser announced plans to enter the District into a partnership with Ford Motor Company and an artificial intelligence company named Argo AI to train city residents for jobs in the autonomous vehicle industry. 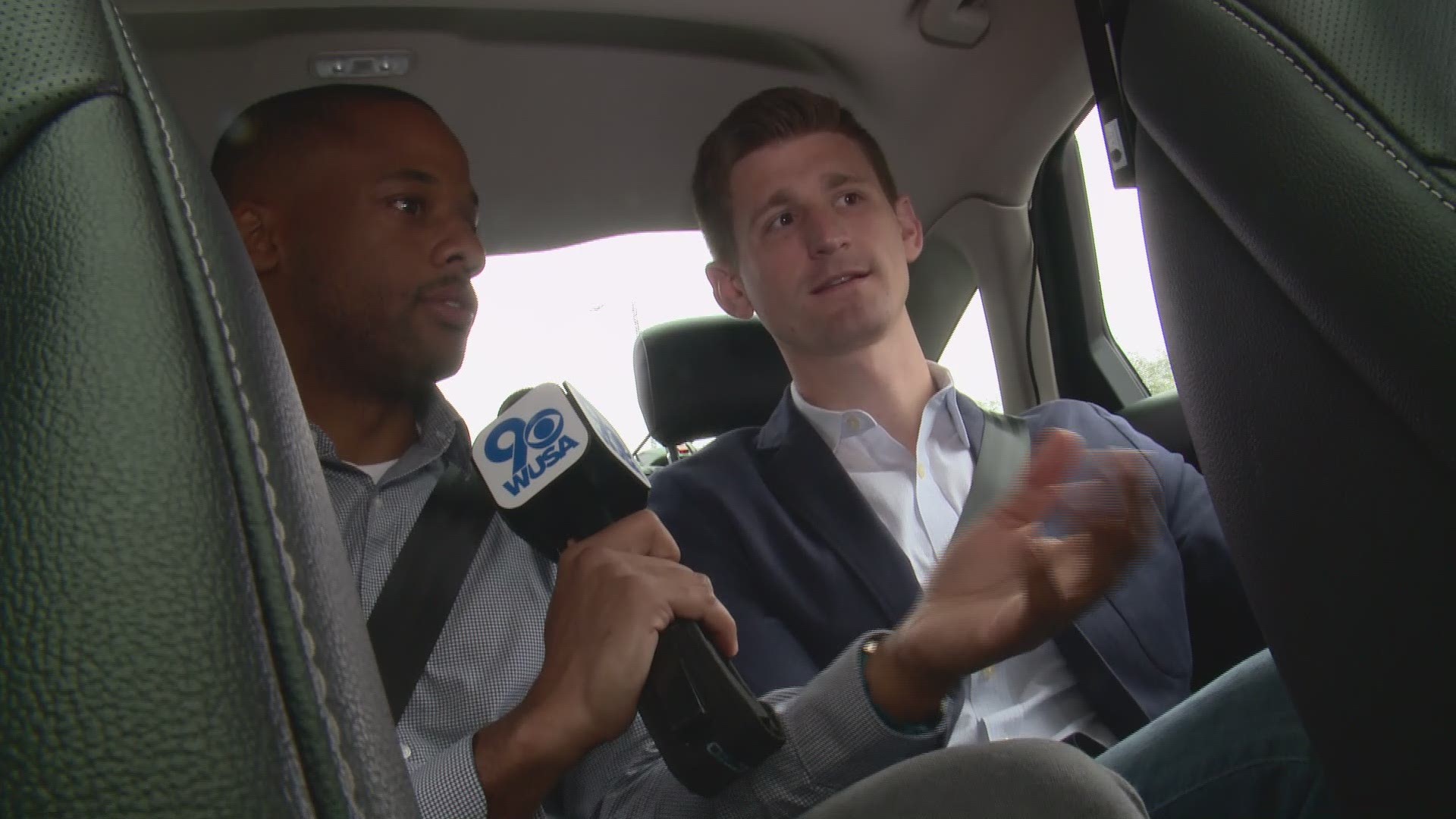 At the time, Sherif Marakby, CEO of Ford Motor Company’s Autonomous Vehicles LLC, said its Argo AI cars would be tested in phases on D.C. streets through 2021.

The regulation of self-driving cars in D.C. has been discussed for quite some time. In 2013, the D.C. Council passed the "Autonomous Vehicle Act of 2012."

The law allows autonomous vehicles to operate on D.C. public roads so long as the cars are equipped with manual override features and drivers are always seated in the vehicle’s control seat.

Some D.C. councilmembers recently decided to take another look at governing self-driving cars by introducing a pair of bills on the matter.

D.C. Councilmember Mary Cheh proposed a bill in April that would create an autonomous vehicle testing permit process through the D.C. Department of Transportation. That same month, D.C. Council Chairman Phil Mendelson introduced another bill to create a set of guidelines for the D.C. Department of Motor Vehicles to follow in order to register self-driving cars in D.C.

"The technology has outpaced our existing framework, and we need to keep pace with those changes to ensure that all roadway users, including bicyclists and pedestrians, are safe and protected," Cheh said.

Both bills are still under consideration. 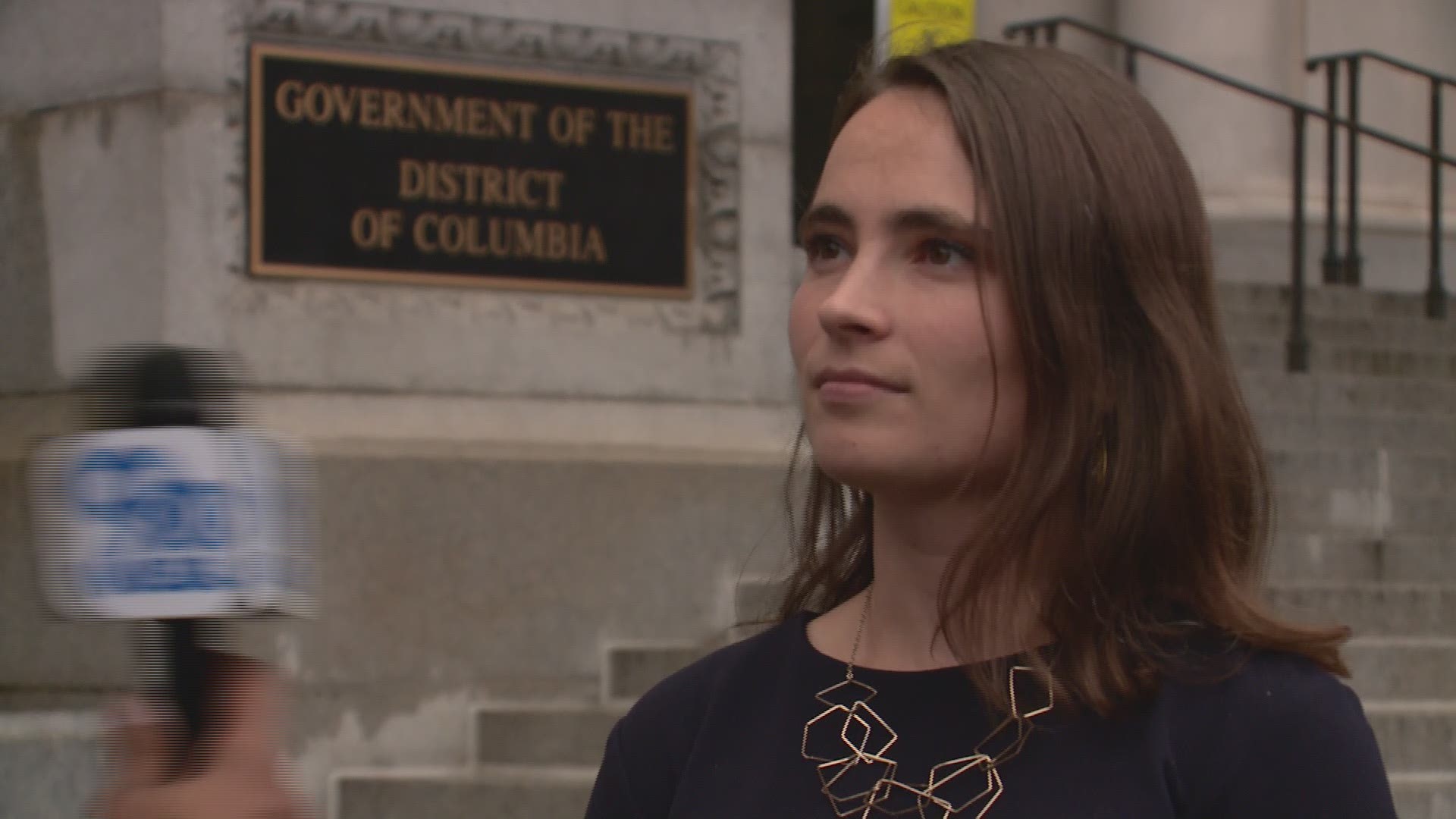 For more than a year, D.C. has also discussed how to integrate self-driving cars on its roads through an Autonomous Vehicle Working Group.

The group, which is comprised of private stakeholders and representatives from public offices like DDOT and the Office of the Deputy Mayor for Planning and Economic Development [DMPED], meets every month in the Wilson Building.

"It's very important to be proactive and to start thinking about these things before they're here," said Yari Greaney, a DMPED program analyst who coordinates the working group.

On Thursday, the group talked about the future release of a study, funded by D.C. Sustainable Transportation (DCST), that will explore the various implications of self-driving cars in the District.

"It's going to help us understand how autonomous vehicles might impact the District," Greaney said.

RELATED: This shuttle has no driver, is made from a 3D printer, and you can ride it this summer

DCST Executive Director David Alpert said it will likely be released by the D.C. government in the next few weeks.

He said while self-driving cars will have benefits, they also have the potential to add to more traffic to city roads.

"Autonomous vehicles can bring a lot of safety [benefits] and help people, like seniors or those with disabilities, move around," Alpert said. "But, [they] will also lead to more people driving, because people who can't drive today will be able to."

Questions regarding the safety of autonomous vehicles began to emerge following the death of a pedestrian that was struck and killed by a self-driving car in Tempe, Arizona in 2018.

However, some locals remain convinced self-driving cars will be a safer alternative to those directly controlled by people.

“There are just about 37,000 lives lost on American roads every year and any step that we can take to bring more logic or more reliability to our cars is a step in the right direction," said Kevin Schlosser, president of the D.C. Autonomous Vehicles Association.

Greaney added that the District is committed to safety as it prepares to transition to life with self-driving cars on local roads.

"Any autonomous vehicle company that comes to D.C., we want them to be focused on safety, equity, sustainability and efficiency," she said.

But, the city is encouraging autonomous vehicles to come to D.C. and take a look at what it has to offer.

WUSA9 asked Preyss how soon we could see more companies like his testing and driving their vehicles in D.C.

"Very soon," he said. "We have an agreement already with two car manufacturers that are going to be rolling out highly autonomous vehicles in the next year or two."