The rally highlights WMATA's 'failed path' toward privatization, and the inability to provide 'family-sustaining middle-class wages.' 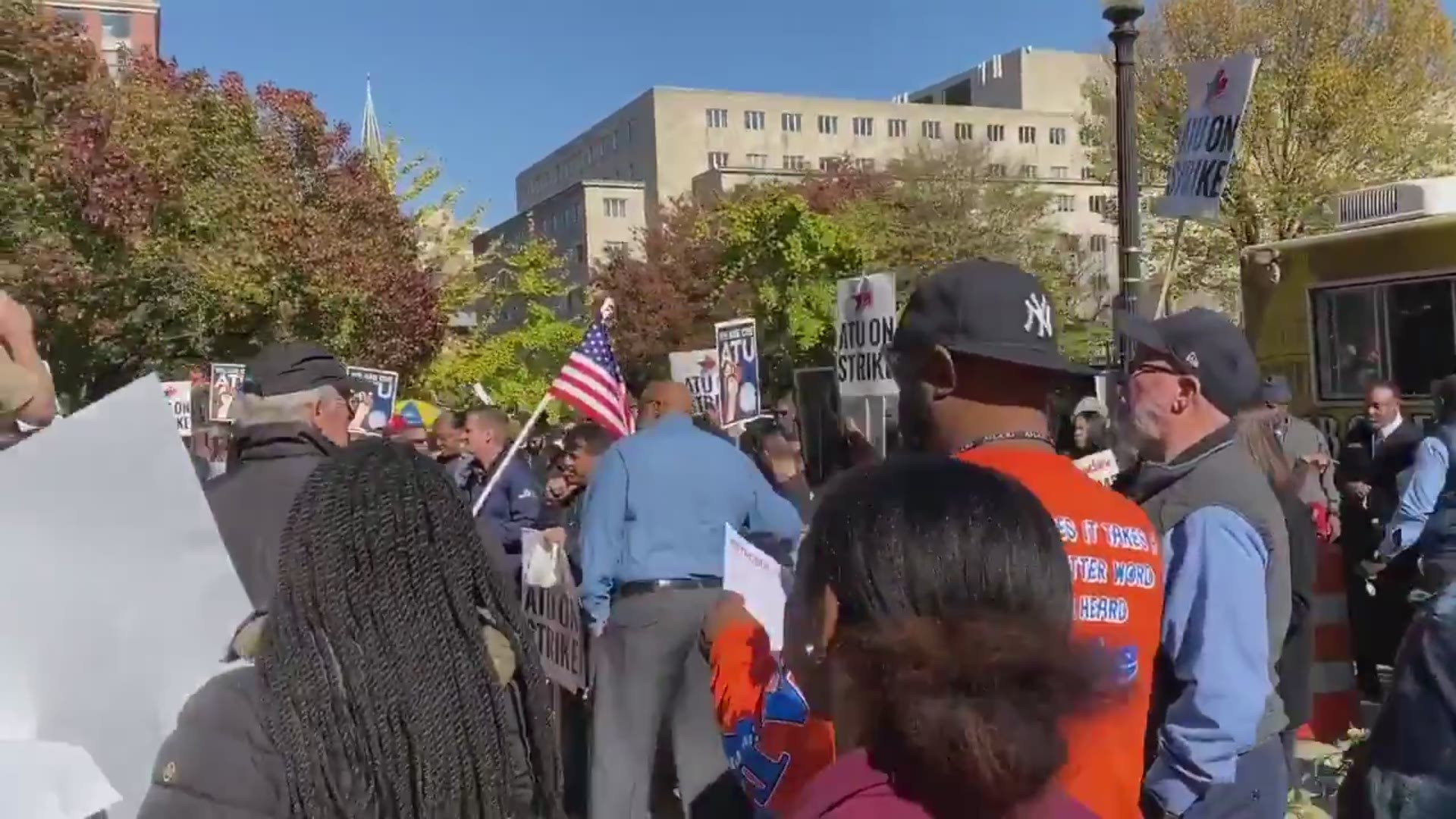 WASHINGTON — A rally is being held outside WMATA headquarters in support of a growing Metro strike for Amalgamated Transit Union Local 689 members.

The rally is being held from 12 to 1 p.m. outside of the Jackson Graham Building.

According to a press release, this rally highlights "WMATA's failed path towards privatization and WMATA General Manager Paul Wiedefeld's failure to adequately intervene in the labor dispute and force their contractor, Transdev, to provide family-sustaining middle-class wages."

RELATED: Prepare to pay more on Metro. Fare hikes weighed for the first time in years

The rally includes local elected officials, members of the labor movement, the striking workers and allies.

"Transdev, which operates the first privatized Metrobus facility in WMATA history, has been doing everything it can to stall negotiations, keep wages low, and resist ensuring workers have a defined benefit pension like the rest of their Metrobus coworkers," the release said. "They wear the same uniforms and drive the same vehicles. What separates them is simply who signs their paychecks."

In August, OmniRide bus system, a lifeline for thousands of commuters in Northern Virginia, is sclaed back service and shuttering some routes while its drivers strike for better pay in a new contract.