Here's a breakdown of what's going on with the Colonial Pipeline shutdown and what that means for the price of gas. 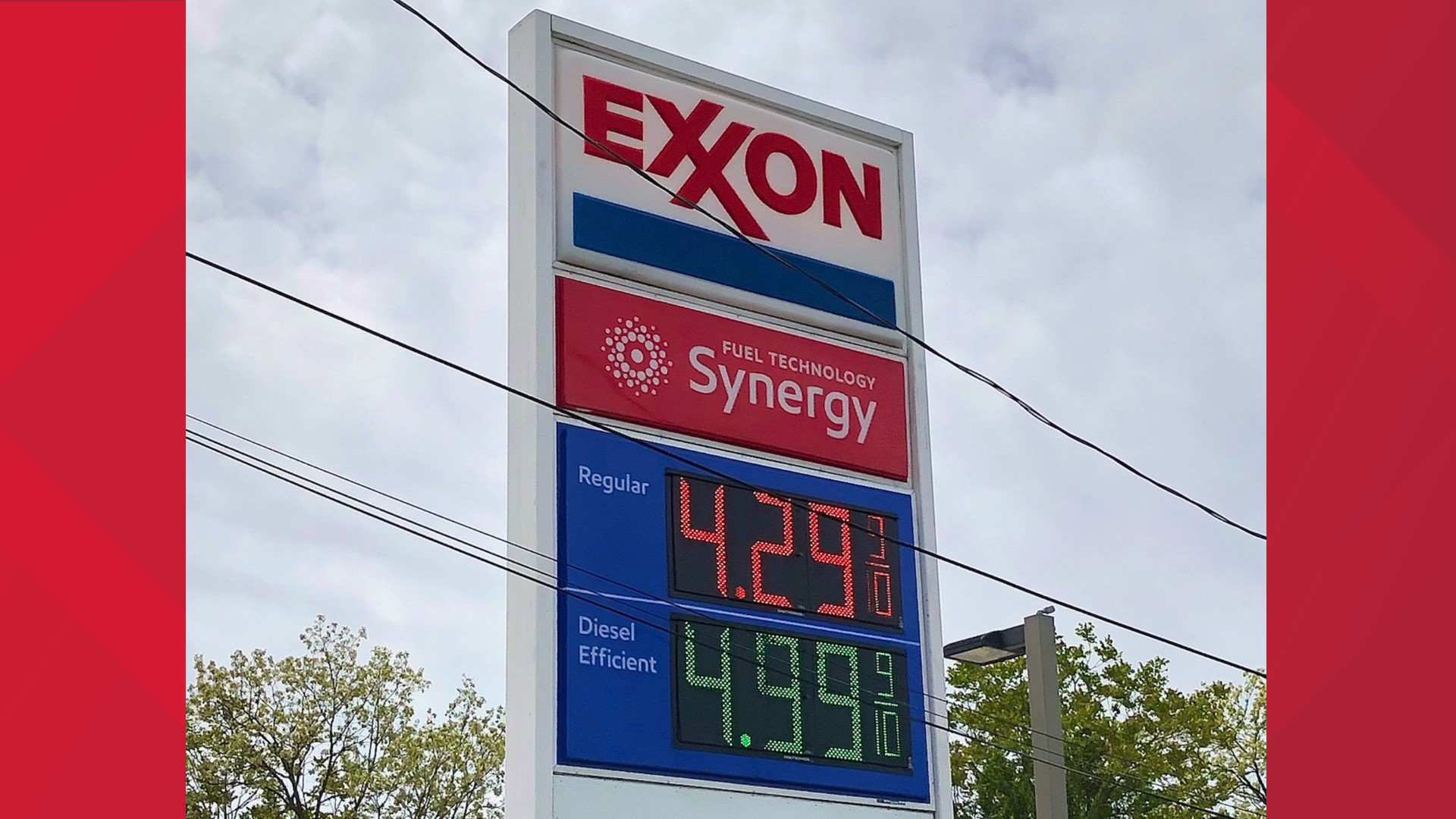 WASHINGTON — Some drivers across the D.C. Metro area are starting to notice the ripple effect of the Colonial Pipeline shutting down operations after a ransomware attack.

The Colonial Pipeline, which runs from Texas through Virginia and Maryland to New Jersey, delivers roughly 45% of the fuel consumed on the U.S. East Coast. The cyberattack raised concerns that supplies of gasoline, jet fuel and diesel could be disrupted in parts of the region if the shutdown continues.

Tuesday afternoon, Gov. Ralph Northam declared a state of emergency in Virginia to address gasoline supply disruptions throughout the Commonwealth.

“This emergency declaration will help the Commonwealth prepare for any potential supply shortages and ensure Virginia motorists have access to fuel as we respond to this evolving situation,” Northam said in a release Tuesday afternoon.

Many residents are still looking for gas and are left with several questions regarding the state of gasoline across the DMV.

Where is gas available in my area?

Anyone who needs to get gas can use this Gas Buddy Tracker to find out where the shortages are. Just search for your zip code, and it will list which stations have fuel.

Why is the gas running out?

Colonial Pipeline, based in Georgia, was forced to shut down after a cyberattack. The company operates more than 5,000 miles of pipeline from Texas to New York. It's one of the largest in the country and delivers nearly half of the East Coast's fuel supply.

A Russian criminal group is suspected to be responsible for the ransomware attack that shut down the Colonial Pipeline. The company released a statement on Sunday and said an investigation has been launched:

"Leading, third-party cybersecurity experts were also immediately engaged after discovering the issue and launched an investigation into the nature and scope of this incident. We have remained in contact with law enforcement and other federal agencies, including the Department of Energy who is leading the Federal Government response," the company said.

RELATED: Why you should care about the Colonial Pipeline ransomware hack

The company said Thursday afternoon restarted the entire pipeline system, but warned it could be a few days before things return to normal.

"Product delivery has commenced to all markets we serve," Colonial Pipeline tweeted.

RELATED: Colonial Pipeline restarts operations, warns it will be days to return to normal

A @Shell gas station in Alexandria is already out of all gas but Diesel b/c of the #ColonialPipelineHack, they say.

The manager said they have no idea when the next delivery will be. What are you seeing in your neck of the woods? @wusa9 pic.twitter.com/tnviTkoxWM

OK, so what does this mean?

Colonial Pipeline said Monday it hopes to have service mostly restored by the end of the week. The company offered the update after revealing that it had halted operations because of a ransomware attack the FBI has linked to a criminal gang.

Colonial is in the process of restarting portions of its network. It said Sunday that its main pipeline remained offline, but that some smaller lines were operational. The company has not said when it would completely restart the pipeline.

According to AAA, the average cost per gallon for regular unleaded gasoline Tuesday was $2.87. They say the national average was $2.98.

How can I prepare to save my gas in case there's a shortage?

In case there is a shortage of gas in our area, here are a few tips to how you can preserve your gas to reduce going on a quest to fill up your tank:

RELATED: VERIFY: 3 Things to know about the Colonial Pipeline shutdown