The project will create a protected bus/bike lane and a new pick-up drop-off zone along 14th Street NW in Columbia Heights. 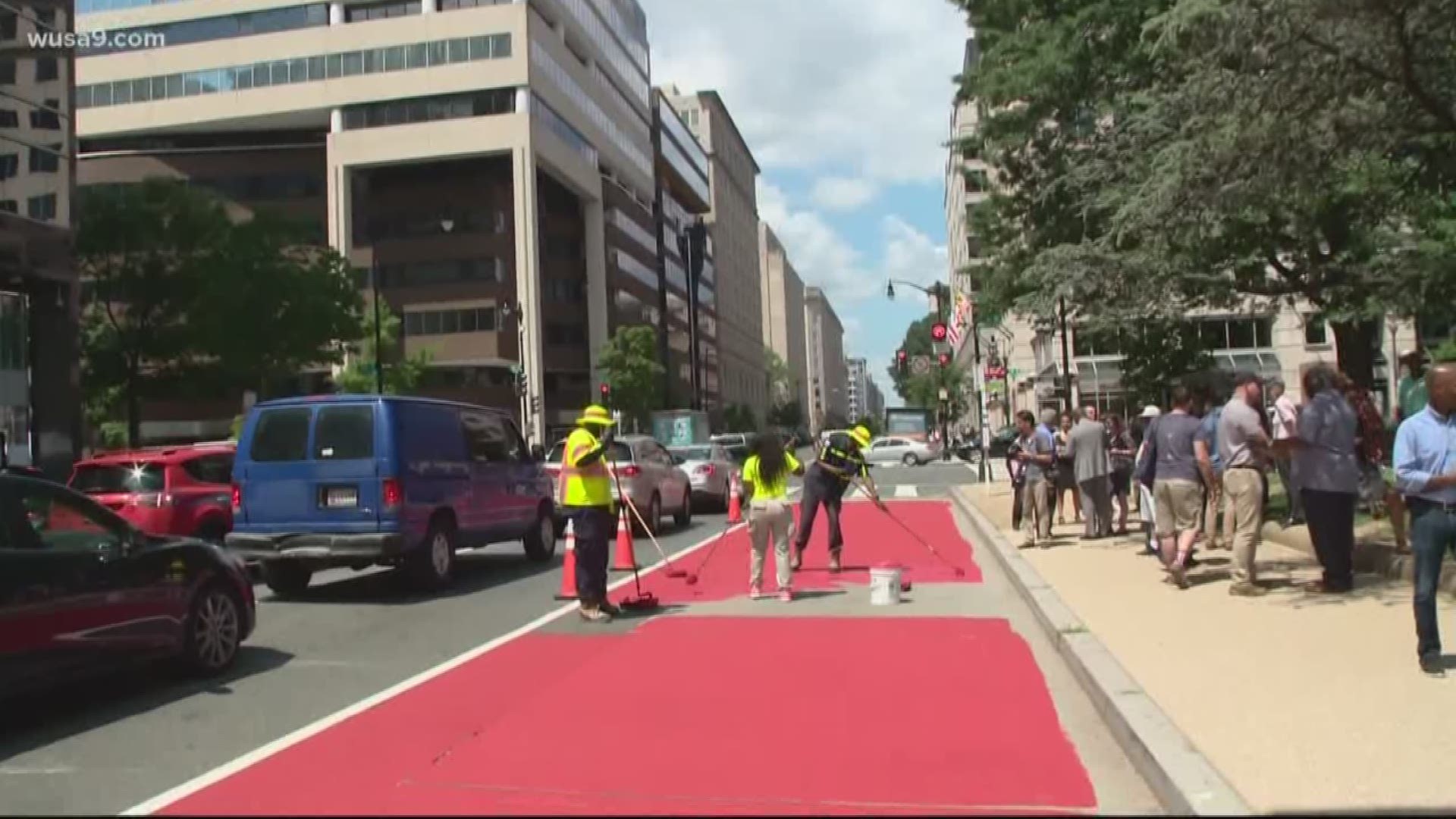 Between Euclid and Irving Streets NW, DDOT plans to:

Between Irving and Park Road NW:

DDOT said it plans to start the project in either the Spring or Summer of 2020.

A major part of the department's plan is to rework how buses travel through Columbia Heights.

"We know that if we improve bus reliability, more people will ride the bus and that's what we're focused on doing," DDOT Director Jeff Marootian said. "Taking one of our most congested bus corridors and making it a better experience for everyone who is using the bus."

DDOT said it believes the changes will improve efficiency for the 15,500 daily customers who ride the D.C. Circulator and Metrobus through Columbia Heights.

RELATED: Here's how fixes to a major DC artery will make traffic better for everyone

WUSA9 examined MPD crash data between August 2016 and August 2019 that showed 14th Street NW between Harvard and Quincy streets was one of the most dangerous streets in D.C. for vehicular/pedestrian collisions.

"We know there are a number of pick-up and drop-off challenges and real safety issues," Marootian said.

In November, WUSA9 biked along 14th Street NW where it discovered ride-share vehicles blocking both bike and traffic lanes.

Rachel Maisler, chair of the D.C. Bicycle Advisory Council said she likes that the area will get a protected bike/bus lane.

"I also really hope that there is enforcement to ensure that DDOT's plan works," she said.

In February, the DC Department of Public Works announced it would launch a new procedure to allow parking enforcement officers to take photographs of drivers that are seen blocking bike lanes. The agency also announced it would begin to issue $150 tickets instead of $65.

Marootian said the 14th Street Streetscape project has been discussed for the last year with local civic leaders and Advisory Neighborhood Commissioners. He said he does not expect the project's implementation to increase traffic issues in the area.

"This is a project that we're using very quick build materials to install, so it will be several quick weeks of construction, not several years or months," he said.