The protesters came from all over the District, many from previous gatherings outside of the White House and from 14th and U streets. 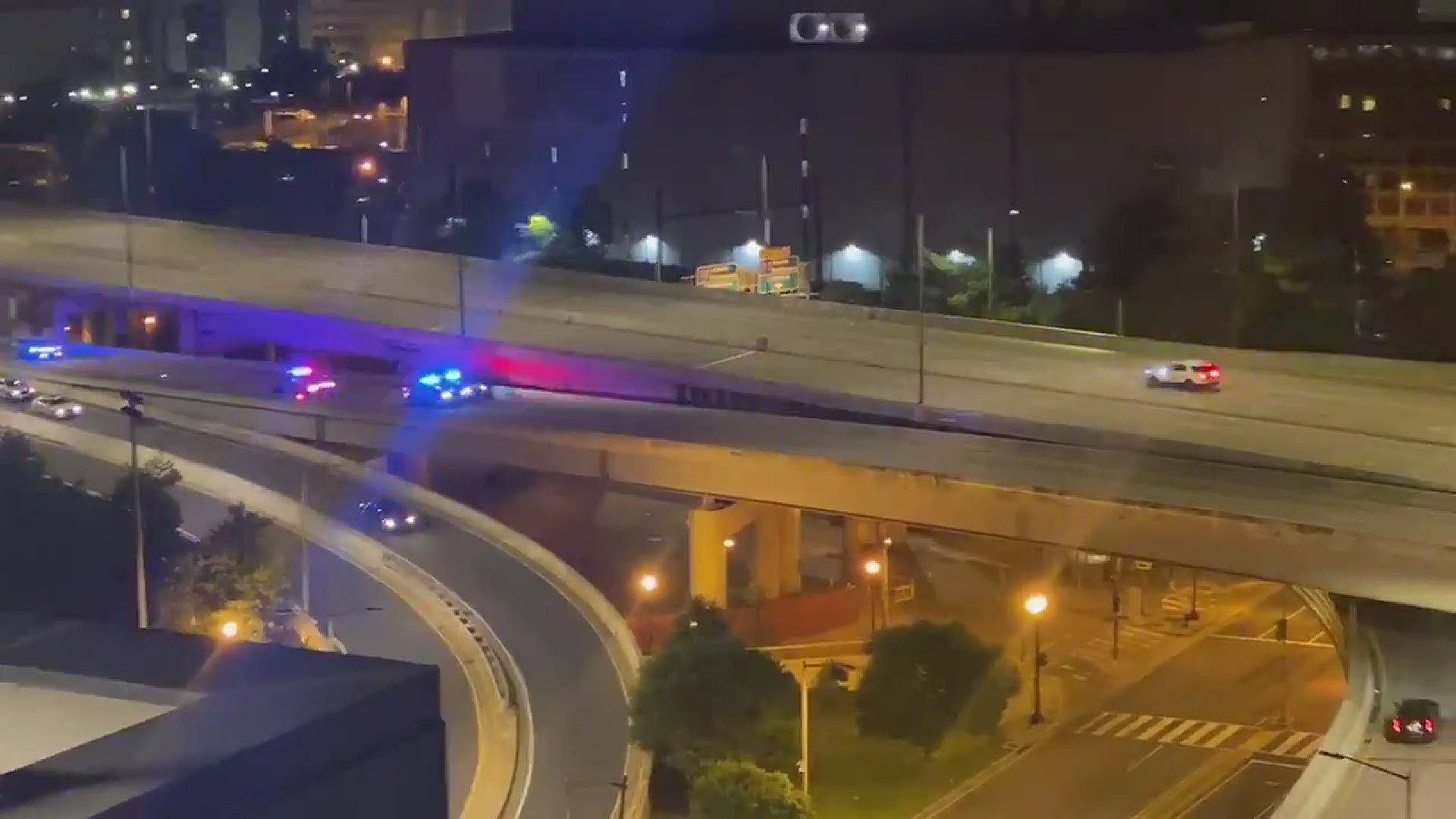 WASHINGTON — As protests for George Floyd continued well into the night, those driving near the I-695/Southeast Freeway saw delays as hundreds marched on the interstate.

The sounds of cars blaring their horns muffled some of the hundreds of protestors chants as they moved along. Others waved their crafted signs in the air, some reading "Justice For George" and "This Is America." Some were running, others were marching as over three lanes were used.

Police blocked off one end between M Street SE and the 3rd St Tunnel and were seen on both sides of the freeway.

By 10:30 p.m. on Friday, many of the marchers headed back towards the area of the Capitol and into more commercial areas near Northwest.

While some of the larger crowds dispersed by the end of the night, there were still more than 100 people gathered alongside Pennsylvania Avenue after midnight. Heavy Secret Service presence was spotted outside the gates and around Lafeyette Square as protesters held up phone cameras in vigil to the fallen Floyd.

RELATED: Protests continue into the night. Here's what 'justice for George Floyd' protests looked like throughout the District

Floyd, 46, was killed five days ago on May 25 after a Minneapolis police officer, Derek Chauvin, pinned him to the ground by his neck, cutting off his ability to breathe. Floyd, unarmed, died shortly thereafter.

On May 30, Chauvin was charged with third-degree murder and manslaughter.