The key feature of the project would be 2 express toll lanes operating in each direction, which critics say are 'are guaranteed congestion.' 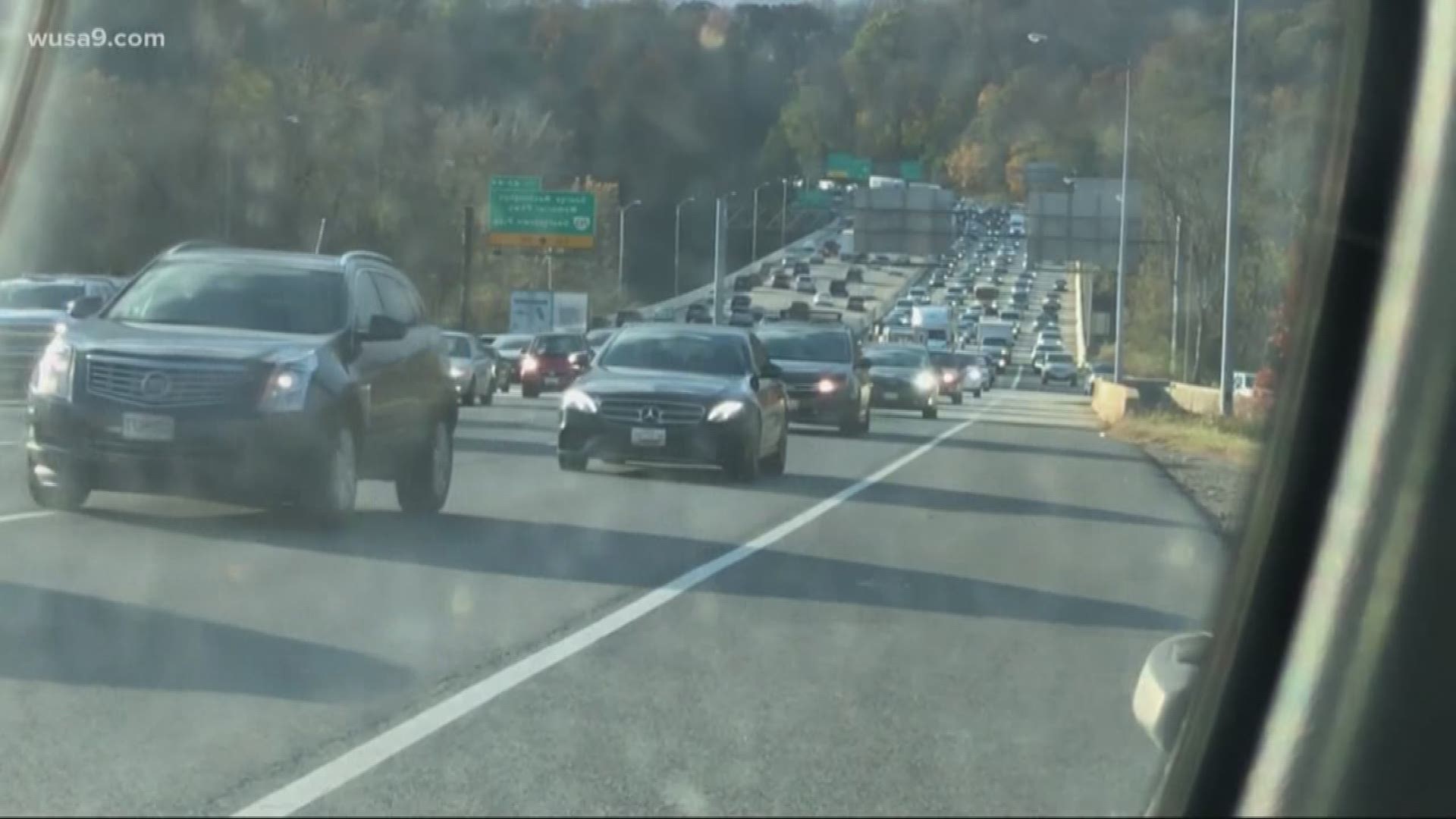 TYSONS, Va. — The Governors of Maryland and Virginia have announced the states will work together to rebuild and widen the American Legion Bridge on the Capital Beltway from eight lanes to 12. Construction on the projected $1 billion project could start by 2022.

Maryland would oversee construction, while Virginia would contribute to the cost. The key feature of the project would be two express toll lanes operating in each direction.

The project is envisioned as a public-private partnership, or P3 agreement, meaning a private company would finance and operate the toll lanes for profit.

In a statement, Maryland Gov. Larry Hogan said, "The project is expected to cut commuting time in half for many travelers, reduce congestion in the regular lanes by 25% and provide 40% more lane capacity over the old bridge."

Forty percent of the region's population uses the bridge, according to Hogan's statement.

But critics of P3 toll lane model call them "Lexus Lanes" that will benefit only those willing to pay.

"The toll lanes are guaranteed congestion," Ben Ross of the Maryland Transit Opportunities Coalition said. "Who will pay the toll to make a profit on them unless the regular lanes are backed up? They are making money off congestion, they aren't solving congestion."

Activists on all sides of the issue predict a vigorous debate as the states seek federal environmental permits to expand the bridge.

The project will include bike and pedestrian lanes to link the states.

RELATED: This plan extends the American Legion Bridge from 8 to 12 lanes