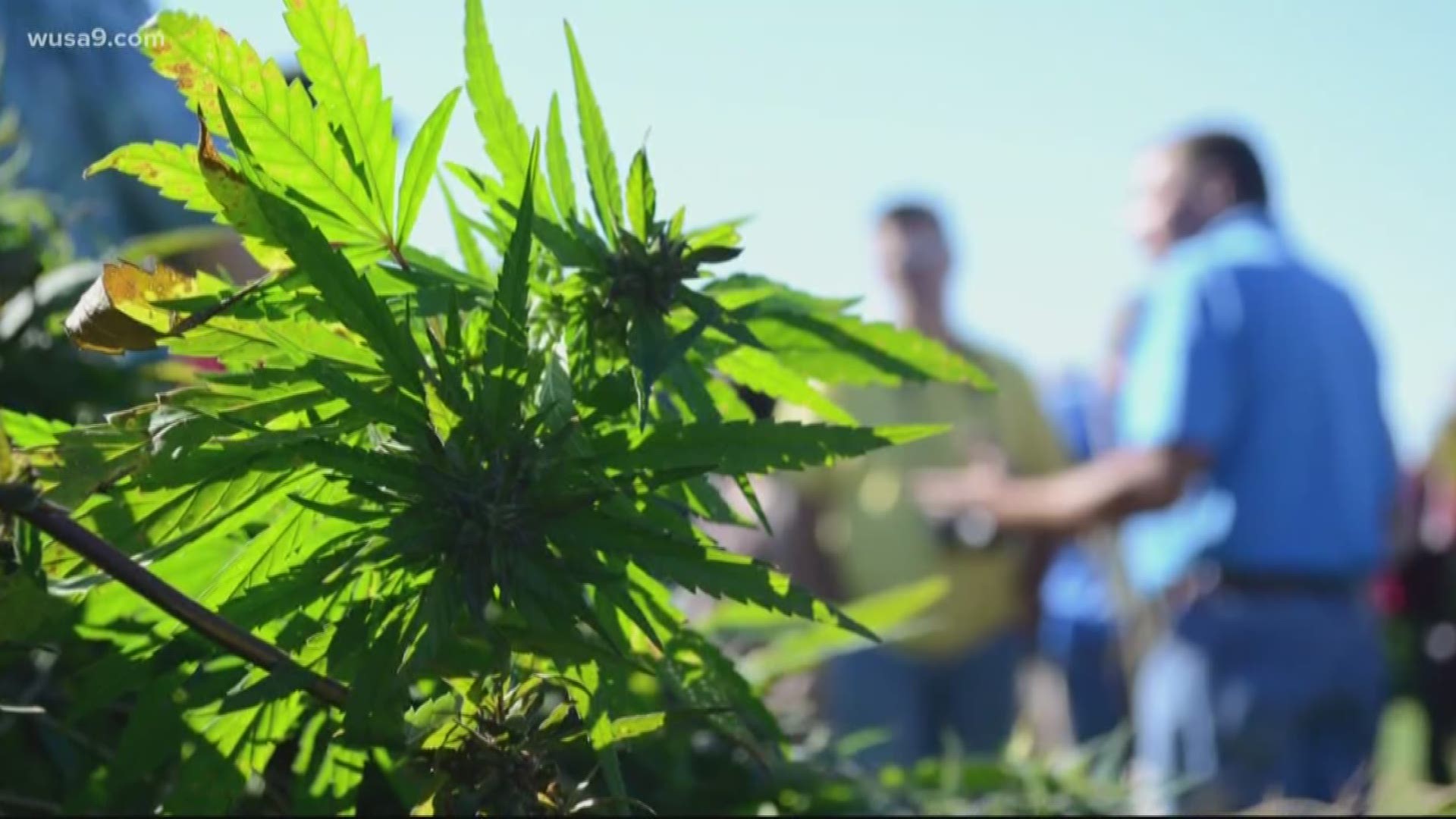 ANNAPOLIS, Md. — A surprising side effect of the CBD oil craze has left farmers who grow the oil-producing plant in Baltimore County, MD feuding with their neighbors.

"Hemp fields stink like dead skunks!" claimed one neighbor of a farm that grew hemp outside Baltimore during the summer and fall of 2019.

"Many of my neighbors complained of allergic reactions, eye irritation, headaches and nausea," the woman said to WJZ in Baltimore. "We need to change Maryland law to stop this nightmare."

As a result, Maryland's legislature is now debating a proposed ban on growing industrial hemp -- used in the production of CBD oil -- within two miles of homes.

RELATED: 'CBD has the potential to harm you' FDA warns in new report

Hemp is a cousin to marijuana, but the plant does not contain enough of the psychoactive substance THC to make a person intoxicated. However, hemp does have a strong odor similar to marijuana.

"If we go down the road of legalizing marijuana, which also gives off a powerful smell when grown, then its really important for policymakers to take into effect these policies on residents," Hettleman told WJZ.

At least 20 farms in Maryland grow industrial hemp under a 2018 Maryland law allowing the crop as a pilot program, according to biological science professor Mark Holland of Salisbury University.

The law requires hemp operations to be partnered with a research university.

Other hemp farms are operating in Howard and Anne Arundel County, according to state regulators.

At hearings in Annapolis this week, farmers said a two-mile buffer requirement from homes would kill the business in Maryland.

RELATED: Why the proposed sales tax cut in Maryland is really a tax increase