The goal is to interrupt 'business as usual,' so people are forced to address climate change. 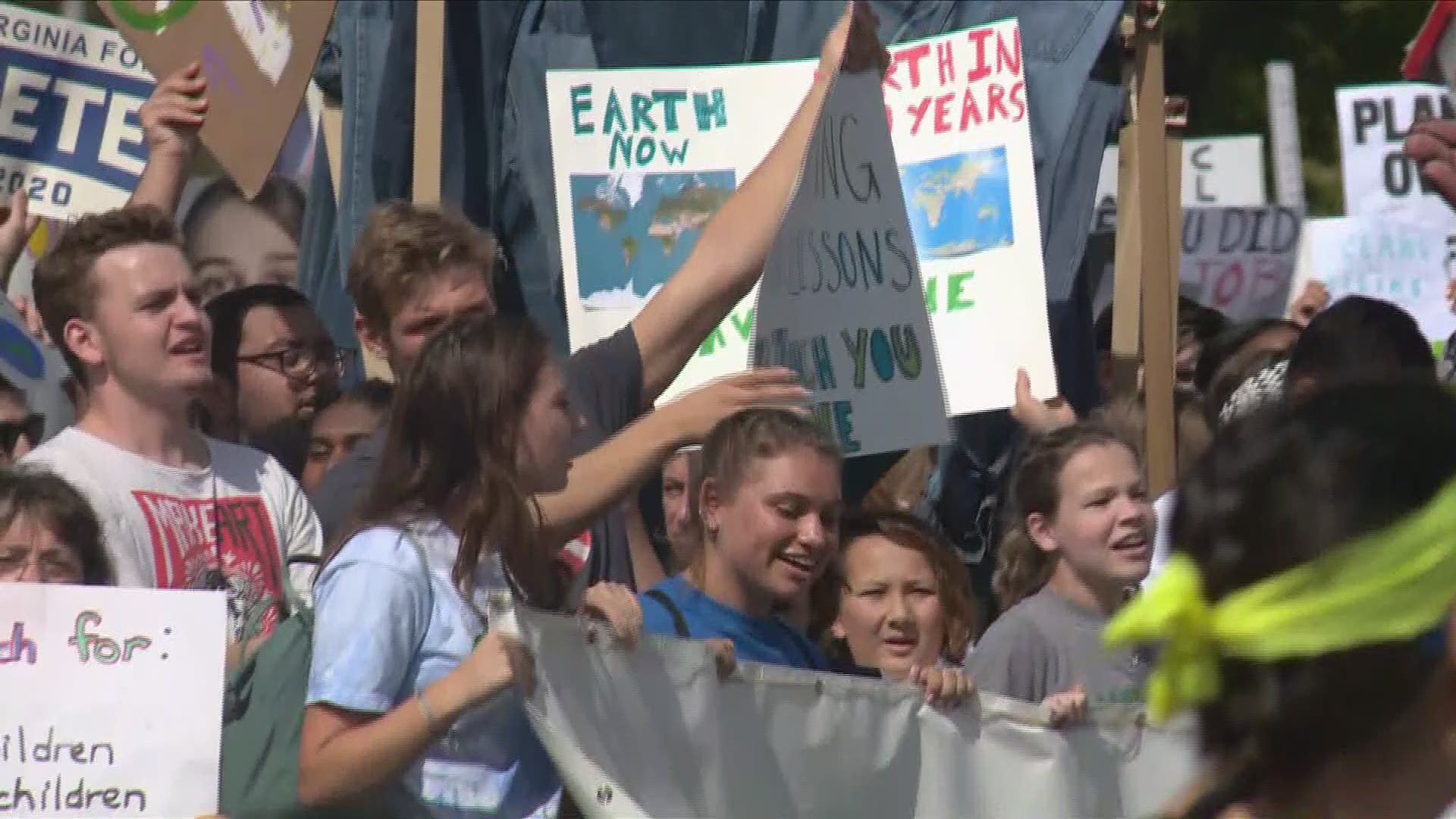 WASHINGTON — Climate change activists are gearing up to "shut down D.C." Monday, building on the the strength of Friday's youth climate strike.

Instead of protesting on the Capitol Hill lawn or National Mall, however, they plan to disrupt "business as usual."

Organizers haven't publicly released specific details about the plan for the Morning commute, but some participants said it mainly deals with blocking traffic.

“The goal here is to make people aware of the fact that the climate crisis is a serious issue, and is going to affect the lives of a lot of people for years and years to come, and something has to be dealt with," said spokesman for Shut Down D.C., Mike Golash.

RELATED: 'If the adults aren't going to do something- we have to' | Young protesters skip school to rally for action on climate change

When asked if inconveniencing thousands of people is the best way to get their message across, Golash said "yes."

“We know that will create a little discomfort among some people, but we feel that the discomfort that’s going to be caused by global warming is much more serious," he said.

Credit: Jess Arnold
Mike Golash, a spokesman for Shut Down D.C. discusses the plan to disrupt "business as usual."

Golash said he has spent his life as a "civil disobedient," starting with his stint at Columbia University in New York.

He's protested everything from the Vietnam War to the pollution he was exposed to as a bus driver.

“I attended the first Earth Day in 1970," he said. "The issue on that day was really pollution. I don’t think we really had an idea of global warming.”

Nearly 50 years later, University of Maryland student Ethan Schless is one of many taking up the cause for the next generation.

He is about the same age Golash was when he started advocating.

Instead of pollution, though, his passion is food insecurity.

Another young man from Pittsburgh, Pennsylvania was in the D.C. area for work and decided to extend his stay so he could protest in both Friday and Monday's strikes.

He said Friday's crowd inspired him.

“Yesterday, the people who were already on our side and already willing to listen, they were out there, and they were listening," said Donald Johnson. "The action that’s upcoming, that’s to get the attention of people who don’t want to listen, and if you feel inconvenienced because you’re not able to get to work, at least the road isn’t washed out because of storm surge.”

Johnson said if the youth climate strike is a harbinger of Monday's crowds, they may be successful in their mission to #ShutDownDC after all.

Credit: Jess Arnold
Donald Johnson decided to extend his stay in D.C. so he could help protest Monday.

Golash believes it will be, because he said this movement is growing faster than any he's seen in the past.

"I think it’s overwhelmingly tilted to younger people basically, mainly because they’re the ones who will mostly be affected by it," he said. "I’m 76 years old…I’m probably not going to be around to see the worst effects of global warming, but I think young people are beginning to realize, hey I don’t have much of a future unless we can do something about this.”