Tanya Snyder (Co-CEO & wife of Dan Snyder) spoke with ESPN's Adam Schefter in a lengthy interview and mentioned the list of names the franchise is deciding from. 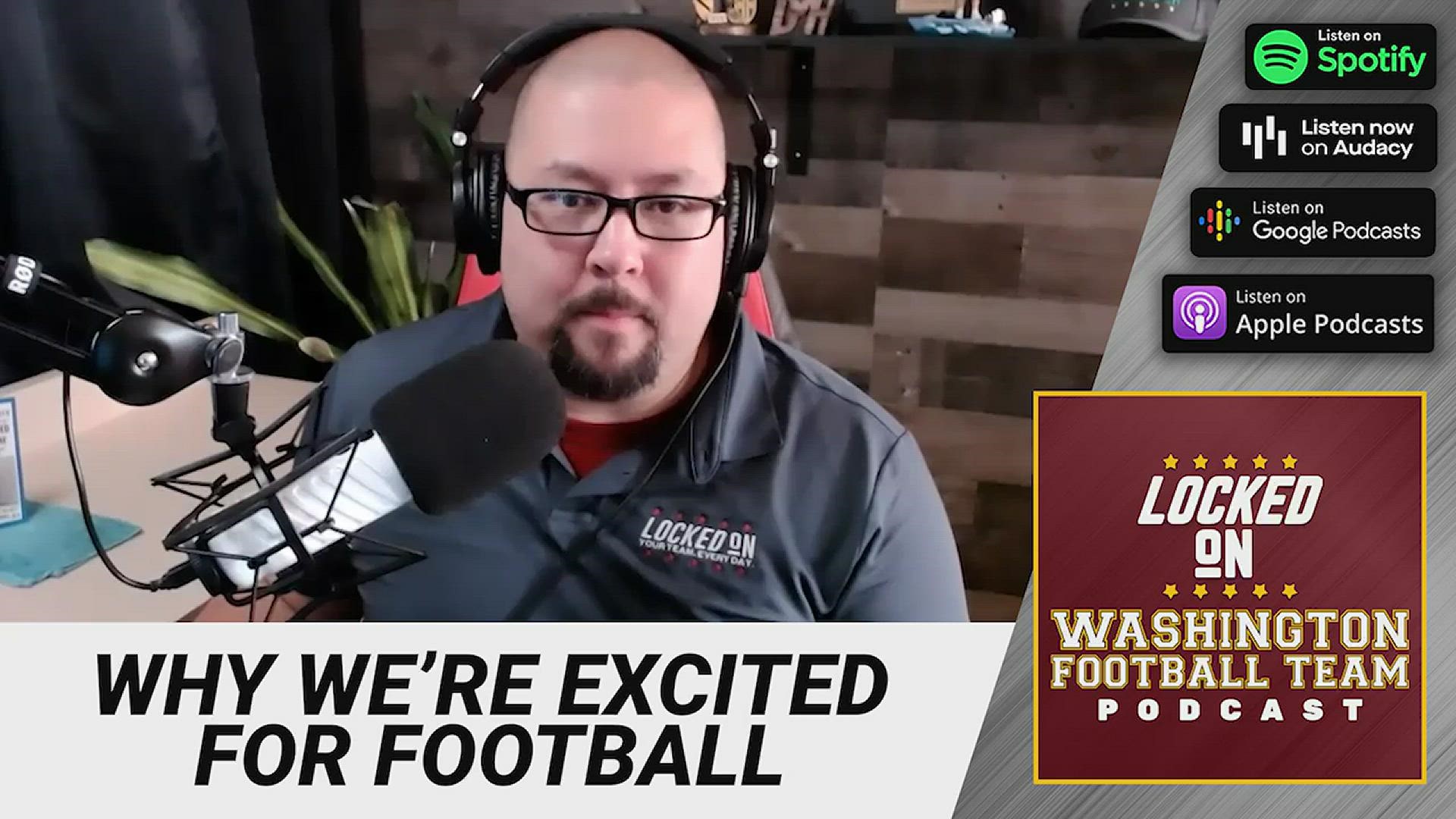 WASHINGTON — The Locked On Washington Football Team Podcast brings you news, and everything between, ahead of WFT's start to the 2021 season this Sunday against the Los Angeles Chargers.

Tanya Snyder (CO-CEO & wife of Dan Snyder) spoke with ESPN's Adam Schefter in a lengthy interview and mentioned the list of names the franchise is deciding from, which was released in a branding video from the team earlier this summer.

Of the eight names suggested by the team, three have been picked as the last options for the team's impending name change. Those three names were not released in the interview, according to Schefter's story.

Listen to what the guys have to say here:

More ahead of Washington's first game of the regular season:

What could DeAndre Carter's role be on Sunday for the WFT with Curtis Samuel still not 100% and who is the GMFB crew picking in the NFC?

Back from the Labor Day weekend, we start off with news wide receiver Curtis Samuel returned Monday to Washington Football Team practice. We go over how he looked and sounded in his return, and whether or not we believe the young weapon will be available when Ryan Fitzpatrick leads WFT against the Los Angeles Chargers in Week 1.

Then, reports are out the Detroit Lions wanted a 'core' player in the deal for Matthew Stafford, and this may be where Ron Rivera and the franchise lost out. Is there a guy we would include in a potential trade? We go through some revisionist history to see what deals come to the surface!