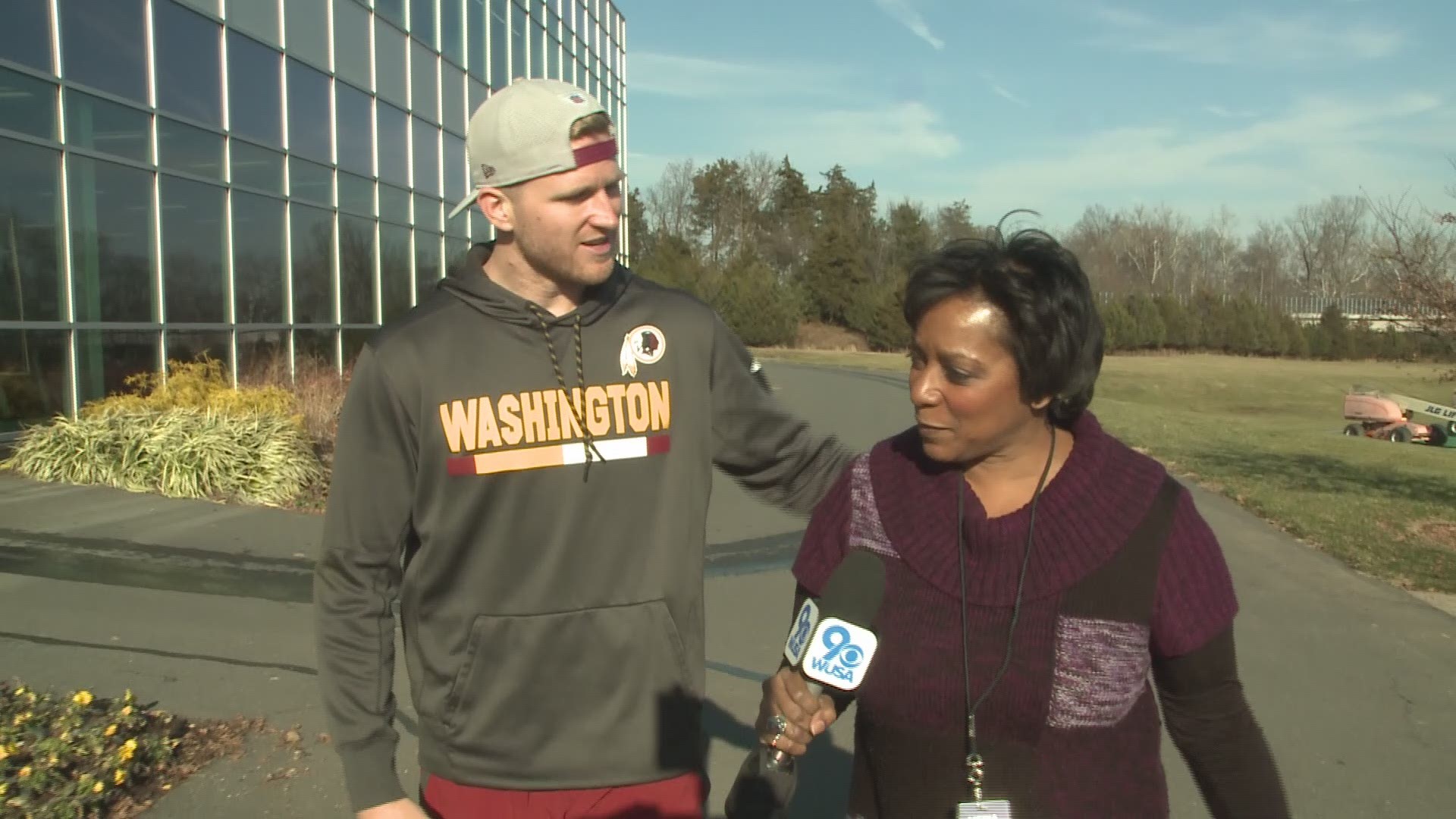 The father and FSU grad was the man of the hour Sunday after kicking the game winning field goal against the Jaguars to keep the Redskins playoff hopes alive. He accounted for 10 of the team's 16 points.

This summer he was training in Austin, Texas as his wife, Gabby, videotaped Dustin practicing kicking field goals... while holding baby boy, Wake!

"I was running with him and he was laughing and so I thought, maybe he'll get a kick out of it if I kick while I'm holding him," Gabby said. "There's a little chuckle in the background if you listen close enough."

After talking about his son and how much work his wife does for their family we started to move on to another topic when Dustin, unprompted, asked "Can I say something on motherhood real quick? I always appreciated the role of Moms. I never doubted that it wasn't difficult or hard, but seeing everything first hand... it makes me appreciate my Mom and mothers in general even more than I did before so shout out to all the Mom's out there, appreciate ya!"

Hopkins is a devout christian who never shies away from talking about the Lord. "I just kind of view it that the Lord's blessed me in a lot of different ways and anything I can do to thank him and serve him well for what he's already done for me is my honor."