Caps show that hockey is greater than hate

The Washington Capitals welcomed the Metro Maple Leafs, after one of the team's players was the subject of racial taunts. 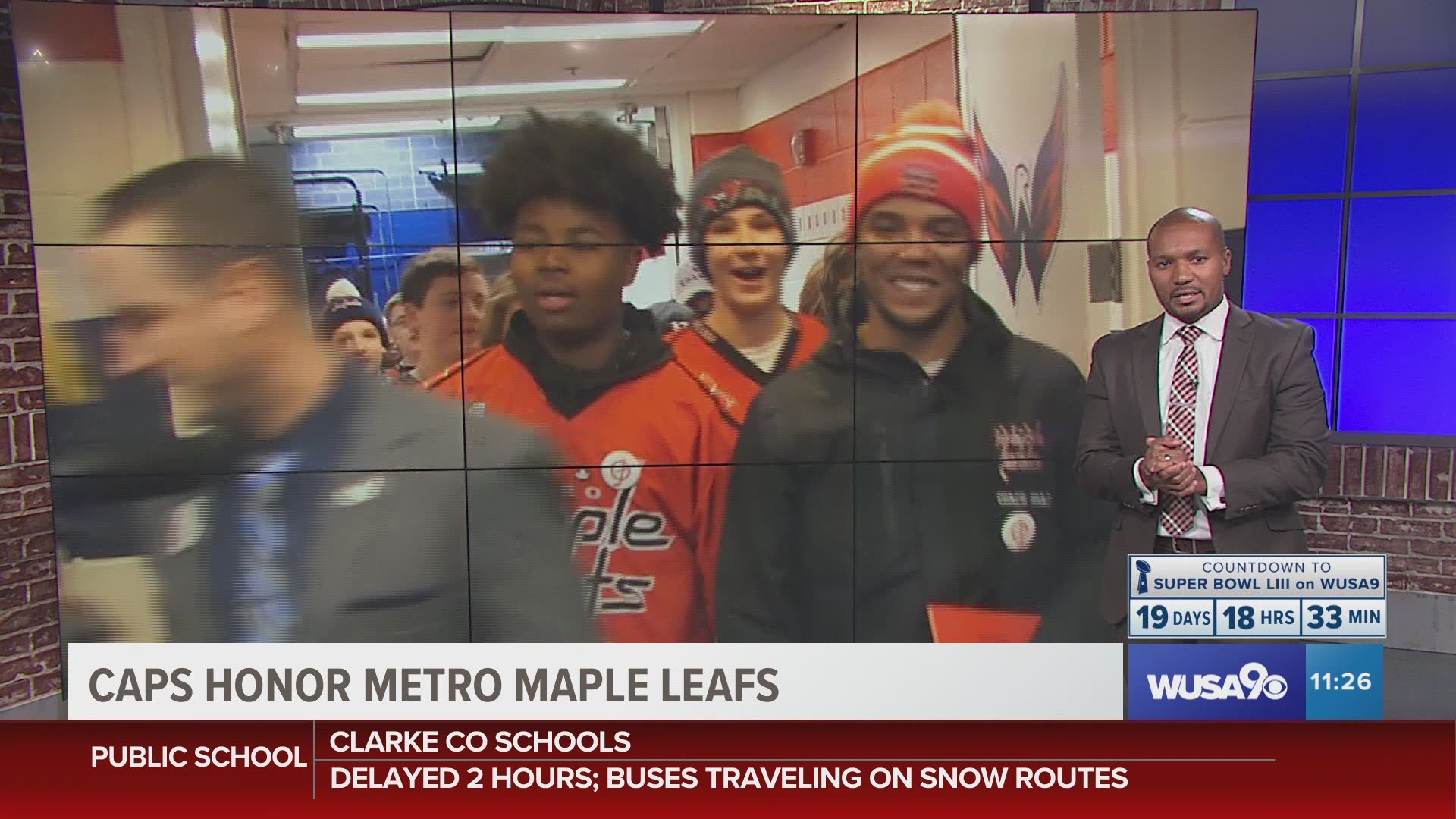 WASHINGTON — The Capitals showed once again that hockey is greater than hate.

The team welcomed Divyne Apollon, and his teammates with the Metro Maple Leafs, after Divyne was the subject of racial taunts during a game.

Players of another team directed monkey noises at Apollon, and used then-word.

Divyne's teammates came to his defense, reaching a point where his teammates fought players on the other team.

The members of the Metro Maple Leafs' willingness to stand up for one of their own caught the attention of Devante Smith-Pelly and John Carlson, who invited the team to the Capitals game against the Blues.

"That's one thing that kinda stood out," said Smith-Pelly after the Capitals morning skate. "His teammates had his back, as 13 year-old kids fighting for their friend. It brings me back to when stuff happened with me when I was younger. Now, guys on my team always have my back too."

It was kind of inspiring how they all stuck together, and that's great for kids especially," said Carlson. "They're not that old yet, they haven't seen to much yet. To stick up for each other, to stand up for each other, just happy to have them tonight.

After getting to meet Devante Smith-Pelly, John Carlson, and other Capitals players, Divyne appreciated the show of support from the Capitals.

"It was very special that they even saw the article and that they did all for our team to come out," said Divyne. "And now we're meeting them in the locker room and getting autographs."

Divyne's father, Divyne Sr., appreciates that so much good, and positivity, could come from such a negative event in his son's life.

"Even in a time of disparity, it's great that something like this could take place," said Divyne's father. "They're having a good time now, everyone's laughing and giggling, and they got snow days. Lions, tigers, and bears oh my!"

The Capitals players apologized to the Metro Maple Leafs for not delivering them a win, but based on the reactions of the kids and the parents, the Capitals gave them so much more.