Redskins founder, former owner will be removed from outside franchise's Ring of Fame at RFK

George Preston Marshall memorial statue was also taken down on Juneteenth from outside Redskins old stadium. 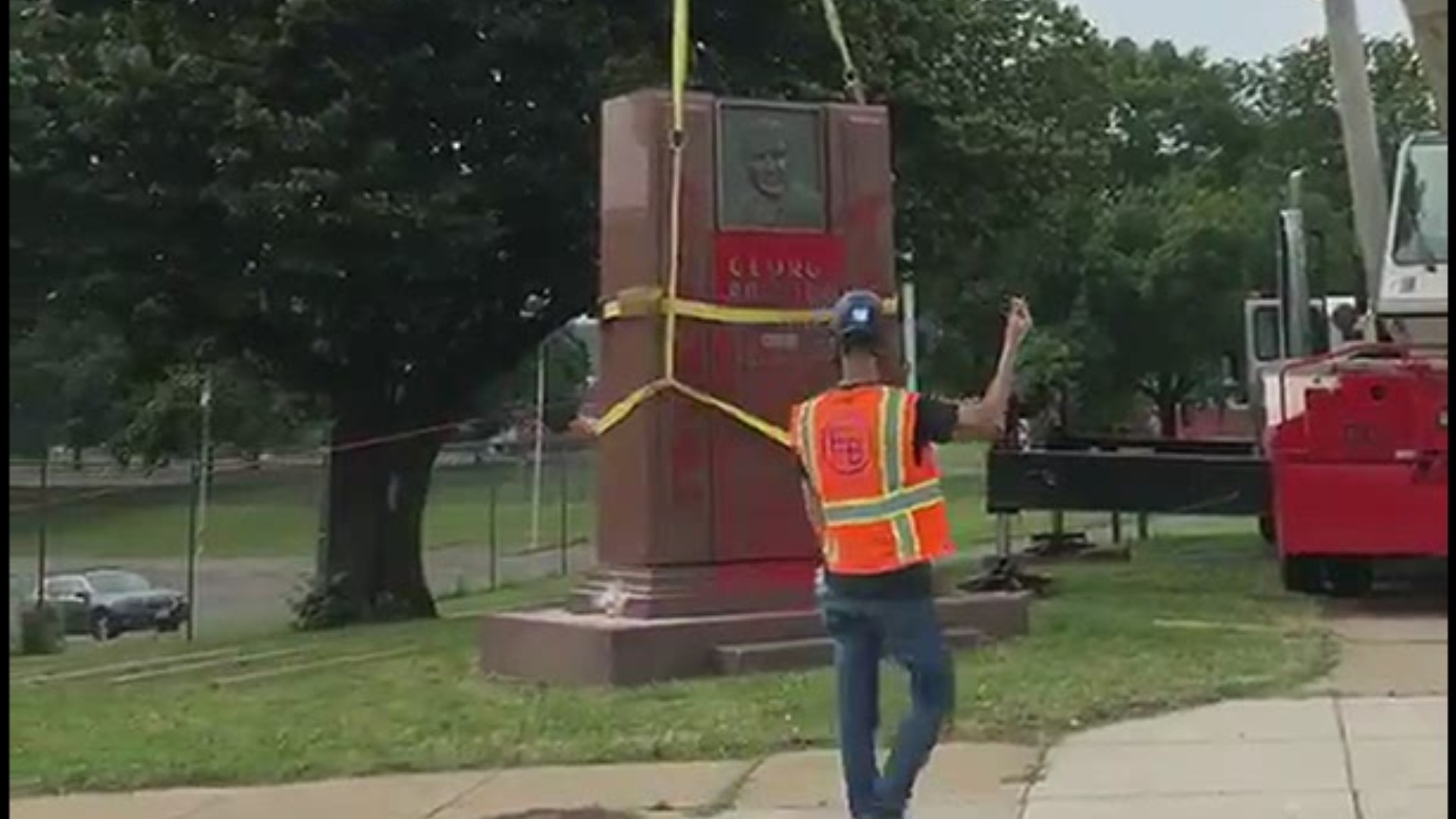 WASHINGTON — After the marble statue of George Preston Marshall was taken down outside of RFK Stadium on Juneteenth, his name will be removed from the franchise's  Ring of Fame, too.

The founder and former owner of the Washington Redskins was against integrating the team, and after the statue was defaced, it was removed last Friday morning.

WUSA9's Darren Haynes confirmed on Tuesday that Marshall's name will be removed from the franchise's Ring of Fame.

Max Brown, the chairman of Events DC Board of Directors and Greg O'Dell, president and C.E.O. of Events DC said in a joint statement:

"This symbol of a person who didn’t believe all men and women were created equal and who actually worked against integration is counter to all that we as people, a city, and nation represent. We believe that injustice and inequality of all forms is reprehensible and we are firmly committed to confronting unequal treatment and working together toward healing our city and country. Removing this statue is a small and an overdue step on the road to lasting equality and justice. We recognize that we can do better and act now. We’ve heard from many of our stakeholders in the community, and we thank you. Allowing the memorial to remain on the RFK Campus goes against Events DC’s values of inclusion and equality and is a disturbing symbol to many in the city we serve."

Marshall took over the franchise in 1932, and in 1937 moved the team to Washington, D.C. For decades, Marshall refused to sign African-American players to his roster. The league began signing black players in 1946, but Marshall held out until 1962. Marshall only then agreed to sign a black player because the government threatened to revoke the Redskins 30-year lease on the D.C. stadium where they played, which was paid for by government funds.

RELATED: The Redtails: A brief history of the better name for our Washington football team