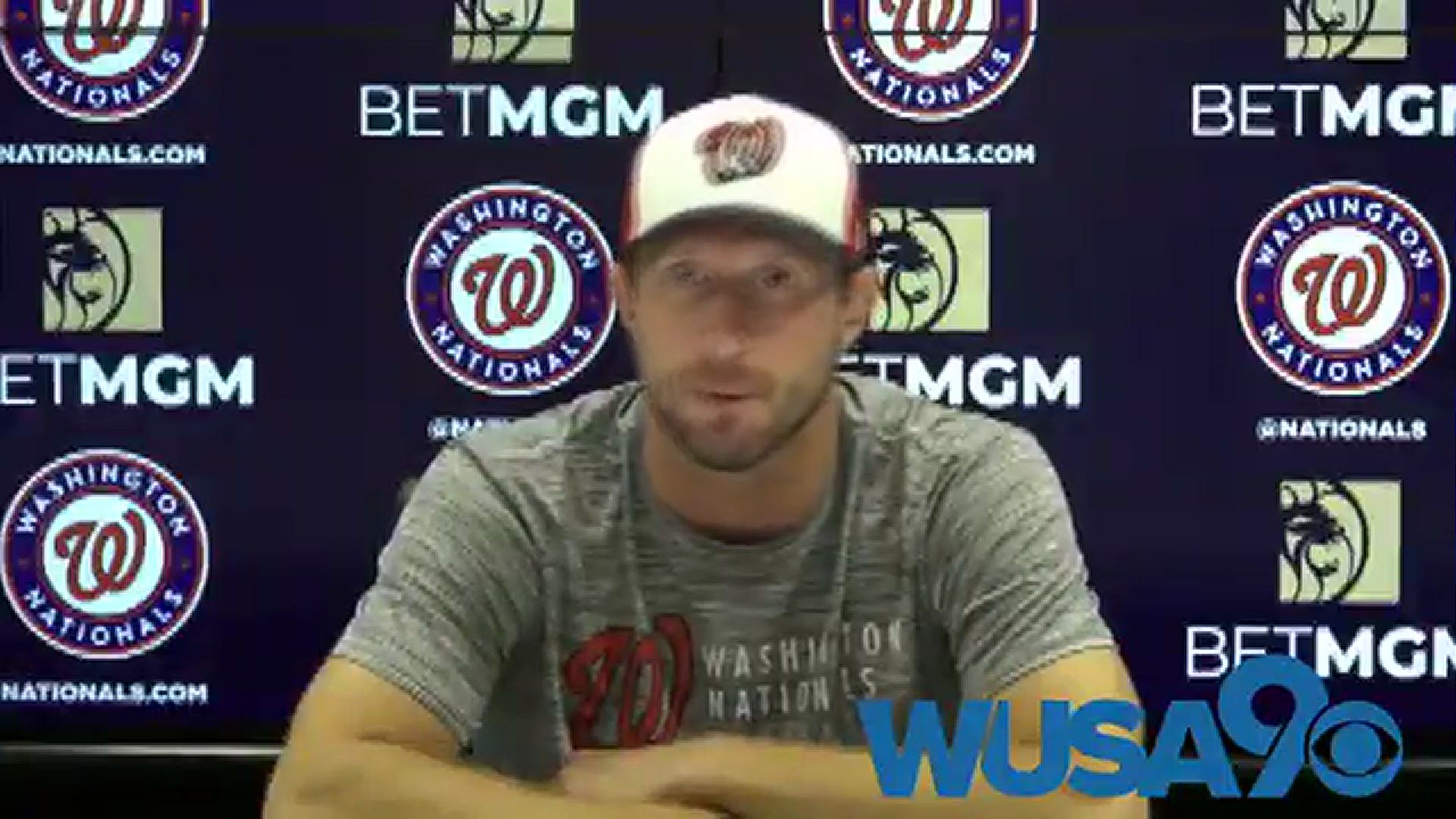 WASHINGTON — Washington Nationals pitcher Max Scherzer expressed frustrations in the postgame press conference about the number of fans allowed to be at Nats Park for the team's first game.

Most notably Scherzer said he wanted more explanation about why there could not be more fans in the upper deck of the stadium.

Right now, D.C. officials have only allowed for 5,000 fans to be in Nats Park for baseball games amid the rolling back of COVID-19 restrictions in the District.

"I'm also confused here. I don't understand why there weren't fans in the upper deck. I don't understand why we can't have more fans here," said a frustrated Scherzer. "Somebody got to explain that to me because that doesn't make sense to me whatsoever. So I understand that we need to be safe. I respect the virus, but we can also have fans in the top part of the deck we can have more fans in here safely. So, I would love an explanation."

The comments by Scherzer do come after four players tested positive; seven were forced into quarantine after potentially being exposed to COVID-19. Washington's first four scheduled games were scrapped, including three at home against the Mets, followed by Monday against the Braves.

Scherzer started the game for the Nationals, who beat the Atlanta Braves 6-5 after a walk-off hit by Juan Soto in the 9th inning.

D.C. officials and the Nationals have been working to get more fans in the stands as the season goes along. It could be something that happens even sooner as D.C. Mayor Muriel Bowser announced that a rollback of some COVID-19 social distancing restrictions would start happening on May 1, 2021.

RELATED: DC to loosen COVID restrictions beginning May 1. Here's what is changing