'I'm grateful for it': Lamar Jackson celebrates birthday with snow practice and celeb shoutouts ahead of Ravens playoff game

Lamar Jackson turned 23 on Tuesday, spending it getting well-wishes on social media and joining the Baltimore Ravens for a snow practice. 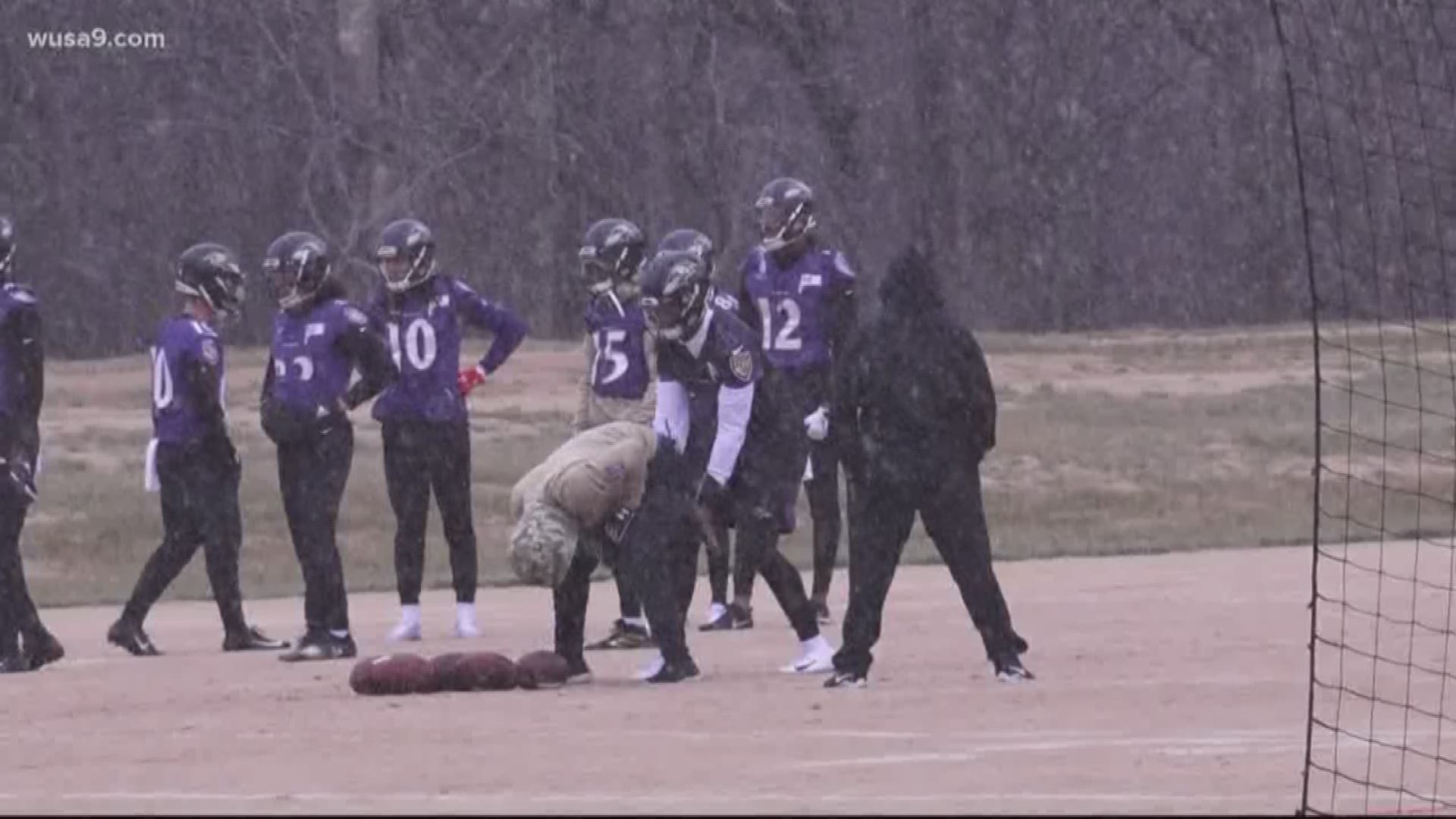 BALTIMORE — While Jackson and his teammates practiced in the snow Tuesday ahead of their playoff game with the Tennessee Titans on Saturday, it didn't escape him or his teammates that it was a special day.

From being wished happy birthday by musicians to having a snowball fight with teammates, Baltimore Raven quarterback Lamar Jackson, now 23, certainly had some things to be thankful for.

Earlier in the day, Jackson was wished happy birthday by popular recording artists Wale and Drake, who the Baltimore Ravens retweeted.

"The Lord gave me another year, and I'm grateful for it," said Jackson at his post-practice press conference. He did acknowledge that him and Drake know each other pretty well and talk a lot.

The Ravens also shared a video of Jackson having a snowball fight with teammate Hollywood Brown, plus shared a post that had the 23 best moments of Lamar Jackson's time as a Raven, which is going on only two seasons.

"When you talk to these guys in the locker room, we're all guys that pretty much have most things or the ability to get most things, so if I could, I'd give him a Super Bowl," said Robert Griffin III.

Lamar Jackson has had an MVP-caliber season and will look to come up victorious in only the second playoff game of his young career. Last year, he and the Ravens were knocked out of the playoffs by the Los Angeles Chargers.

Through a strong defense and stellar run game, Lamar Jackson and the Ravens have taken the league by storm.

Jackson over the regular season accounted for over 1,200 rushing yards and over 3,100 passing yards. He has also led the Ravens to become the top rushing team in the NFL, averaging 206 yards per game on the ground. Plus, they only sit second behind the Dallas Cowboys in total offense per game.

Jackson has had a full 23-years of life, which over his football career includes being a starter in the NFL and winning the Heisman Trophy in college.

The native from Florida was a four-star recruit who chose the University of Louisville for college, in part to that former head coach Bobby Petrino promised Jackson's mother that her son would play quarterback, and nothing else.

Though the late first-round draft pick did not start his time in the NFL as a starting quarterback, Jackson would take over for Joe Flacco during the 2018 regular season.

The Baltimore Ravens and the Tennessee Titans will play Saturday at 8:15 p.m. on WUSA9. 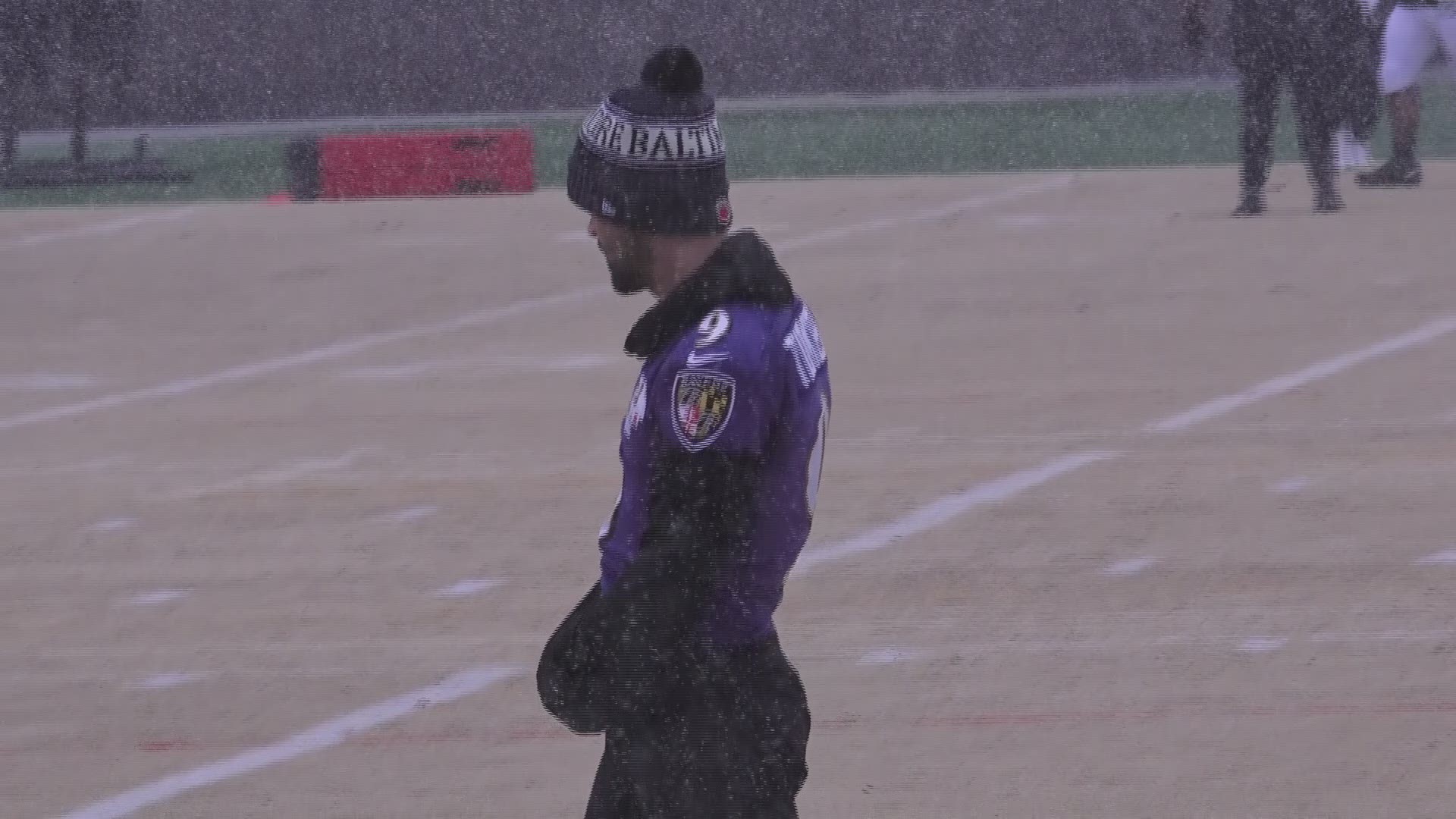 RELATED: From 'Snowvechkin' to Hibachi: Ovi and the Caps are winning social media in 2020