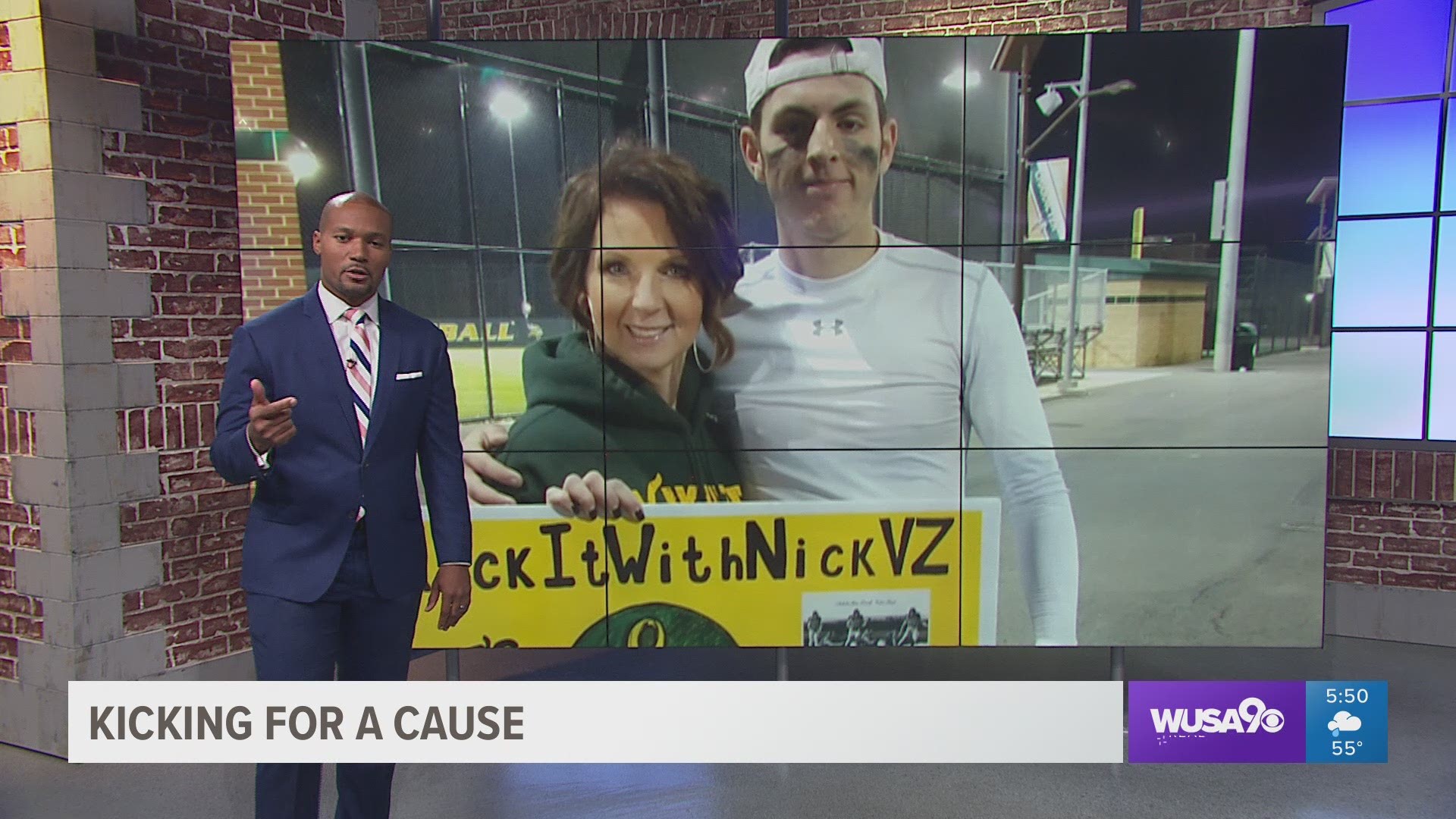 On the surface the two don’t seem to have anything in common, but they actually do.

High school kickers across the country, and here in the DMV are using their feet to fight the disease.

Nick Van Zandt of Loudon Valley High School is one of them.

He found out about the Kick-It campaign while attending a football camp this summer.

Please help me to "kick" childhood cancer with a donation or a pledge per point this football season. Sponsor #kickitwithnickvz #kohlskicking https://t.co/7MapGLsqNo pic.twitter.com/uitbtMZ2Uq

He decided to take part because of his family friend and neighbor, Bonnie Colantonio.

"When she passed it left a whole to fill," says Van Zandt. "I decided to do it not just for her husband and her family, but for my Mom, too because they were friends."

It’s not too late to make a pledge to Nick’s Kick-It campaign. It’s open until Nov 15.

Nick Van Zandt ended the season with a total of 27 points.