Forrester Safford took social distancing while running outside to a whole new level. 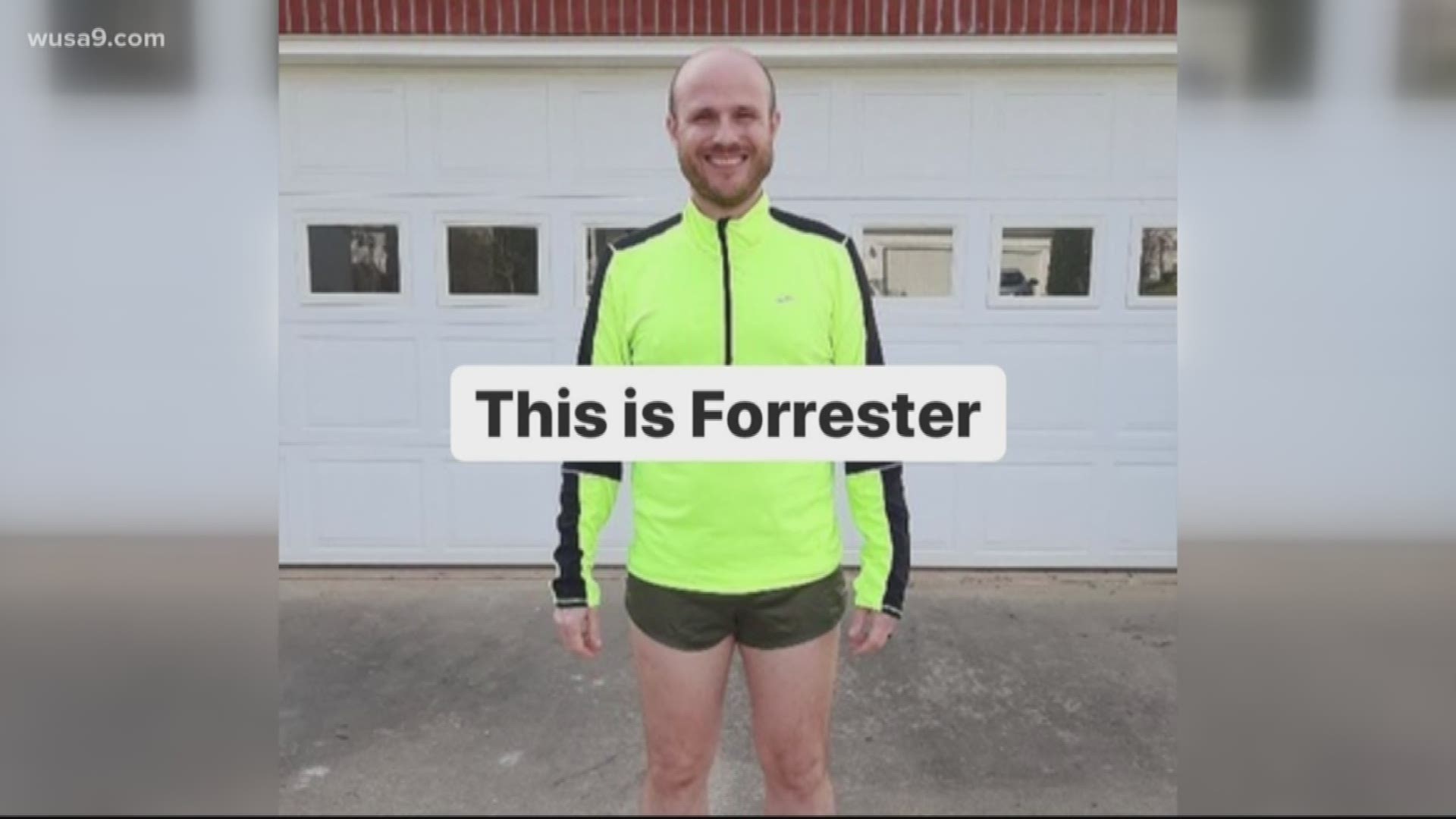 CULPEPER, Va. — Running a marathon is a daunting challenge by itself.

What one Virginia man did is really impressive.

Going outside to run is among the few things you can do, as most states have state-wide stay-at-home orders, just as long as you practice social distancing.

For some runners, going from running in a pack to going solo is an adjustment.

He completed the distance equivalent of running a marathon while running almost the entire distance from his own driveway.

His inspiration for the run came from a man in France who ran a marathon at his apartment.

“I read an article the other day about a guy in France that ran a marathon on the top of his apartment complex, on the roof,” says Safford. “I just kind of looked at the driveway, and I was like I wonder if I can do this without getting sick as far as dizzy or hurt. I didn’t want to get hurt either. So, I just decided to do it.”

It’s not the first time Forrester has run a marathon.

“I did the Marine Corps Marathon last year, that was my first organized one,” says the Culpeper, VA resident. “Prior to that I used to travel to Tokyo for work. I built myself up to run a marathon and a 50k out there just on my own to see if I could do it.”

While Forrester is used to running races where spectators line the road course, he only had two spectators when he ran his solo driveway marathon on Wednesday, his wife and their cat Reagan.

“My wife brought her [Reagan] into our closet and showed her where I was,” says Safford. “Every once in a while, I’d look up and she’d be looking down at me kind of probably judging me and wondering what I was doing making sure I didn’t forget to come in and feed her some breakfast.”

Forrester Safford started his marathon just after 2:00 in the morning. That might seem like an unusual time to start a run, but Forrester had his reasons.

“I like to get my runs over with no matter what,” says Safford. “No matter what length I’m running, the earlier the better. And then also I didn’t really want my neighbors kind of thinking that I lost it.”