The legendary coach from DeMatha Catholic High School won five national championships with the school and was inducted into the Basketball Hall of Fame in 2000. 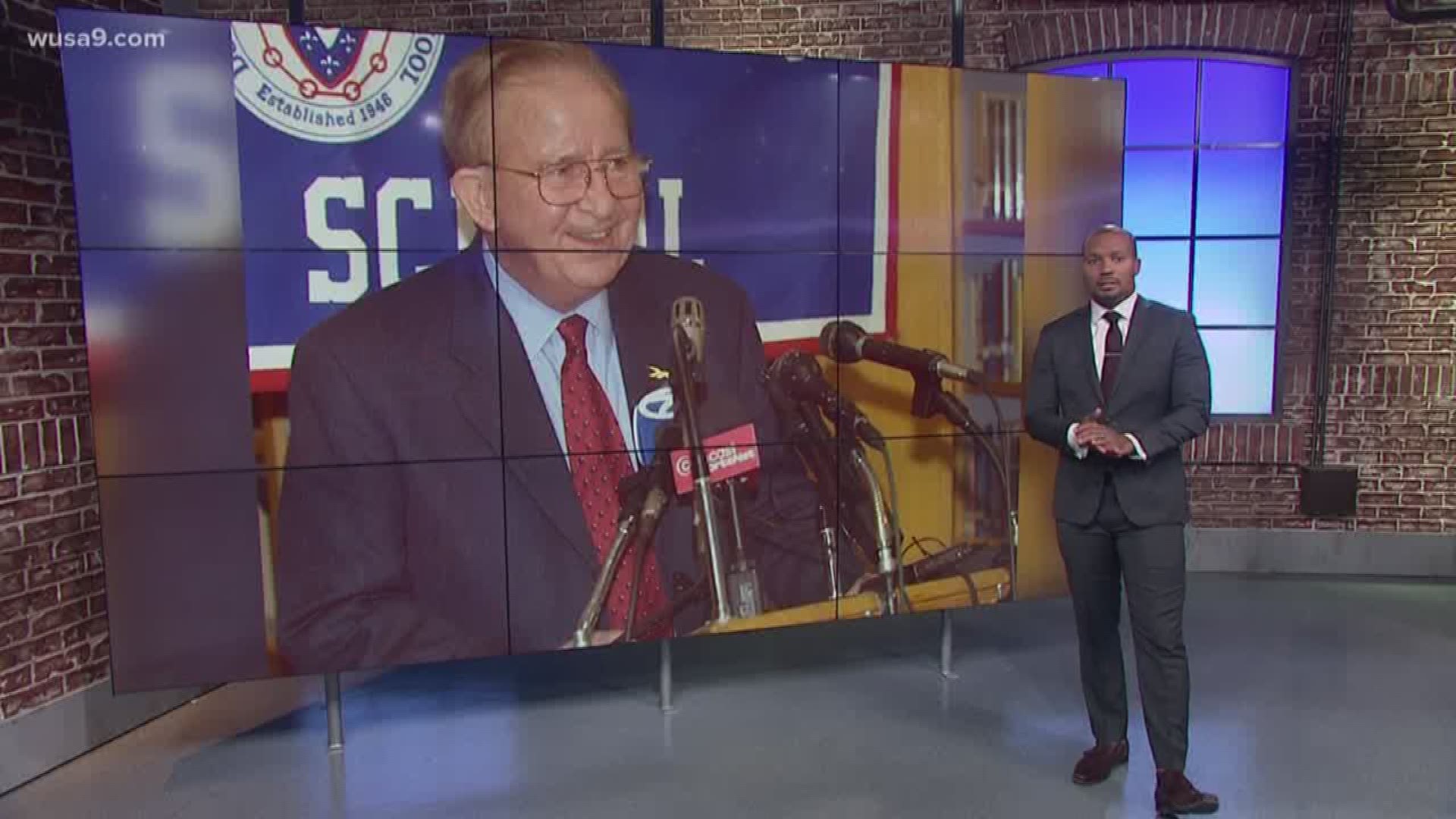 HYATTSVILLE, Md. — Legendary DeMatha Catholic High School basketball coach and Basketball Hall of Fame inductee Morgan Wootten is now in home hospice care, according to the school. Dematha Catholic put out a Facebook post with the update on Monday.

The 88-year-old coached at DeMatha for 46 years from 1956 to 2002, helping the Hyattsville, Maryland, school win five national championships and 22 D.C. titles. He was also the first coach at the high school, college or professional basketball levels to reach 1,200 wins.

"Just wanted to inform the DeMatha community that Morgan Wootten is home now with hospice care," DeMatha's Facebook post said. "Again, he wants the entire DeMatha community to know how much he sincerely appreciates all of the love and support he and Kathy (and the family) have received. The prayers mean the world to them!"

For his notable career as a coach, the Naismith Memorial Basketball Hall of Fame inducted him in 2000.

"I know of no finer coach at any level – high school, college or pro," UCLA's late basketball coach John Wooden said in an interview with the St. Petersburg Times in 1987. "I stand in awe of him."

Wootten was also a teacher to many coaches, using videos to spread his coaching philosophy. He's had multiple former players and coaches go on to coach in the college ranks, including Notre Dame's head basketball coach Mike Brey.