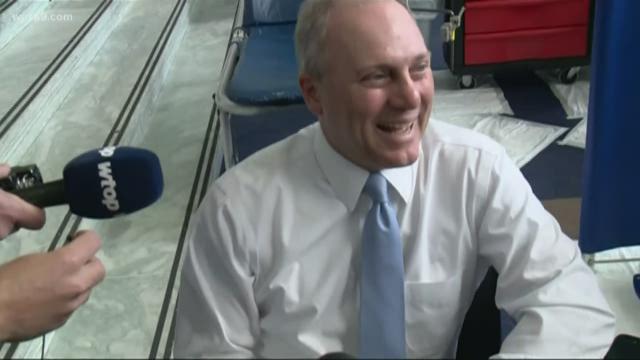 ALEXANDRIA, Va. — Three years ago today, a man opened fire on a Congressional baseball team as they were practicing for the annual Congressional Baseball Game for Charity at Nationals Park in 2017.

About 50 to 100 shots were heard and seen during the attack, lawmakers at the practice game reported.

Five people were shot as a result of the incident, including some Capitol Police officers and House Majority Whip Steve Scalise (R-La.), who suffered a rifle shot in his left hip while standing on second base fielding balls. Tyson Food Director of Government Relations Matt Mika, who suffered the most severe injuries and was placed in the intensive care unit after suffering several gunshot wounds.

Congressional staffer Zach Barth was also injured in the attack and Rep. Roger Williams (R-Tex.) wasn't shot, but hurt his ankle during the attack.

"I see him turn the rifle toward me, shoots me five to ten times. At that point, he hits me in the leg. At that point, I decide I'm not going to let this guy play target practice on me. I get up and run to the dugout, where I remained for the remainder of the shooting," Barth told WUSA9's Bruce Leshan a year after the shooting.

He ran right into his boss' arms, who had broken his ankle diving for cover.

"Zach's 24, I'm 68. We have several generations between us. But we held each other in our arms that day, during the shooting. We created a bond that will live forever," said Rep. Roger Williams (R-Texas) 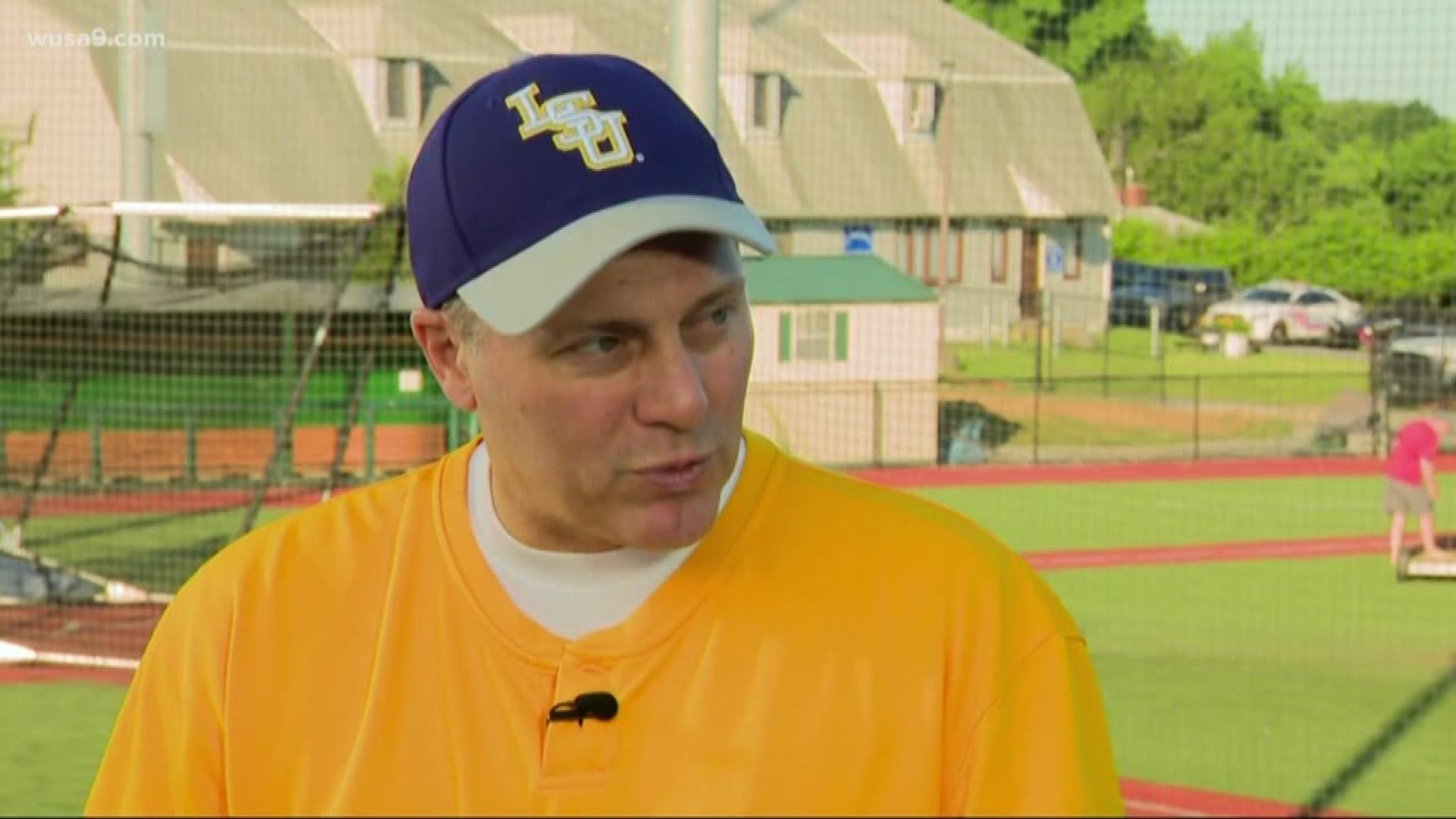 All the victims were transported to George Washington Hospital, including the shooter, 66-year-old James Hodgkinson, who later died after a gunfight with police.

1 / 1
A screenshot showing the Facebook profile picture of James T. Hodgkinson. The Illinois man was identified as officials as the suspect in the shooting at a Congressional baseball game practice. (His photo is seen in front of a picture from the scene)

Hodgkinson used an M4 assault carbine during the attack, CBS News confirmed. The FBI also recovered a 9 mm handgun from the scene.

Following the shooting, the game went on as planned at Nats Park with a record crowd of 25,000 people raising more than $1 million for D.C. charities. 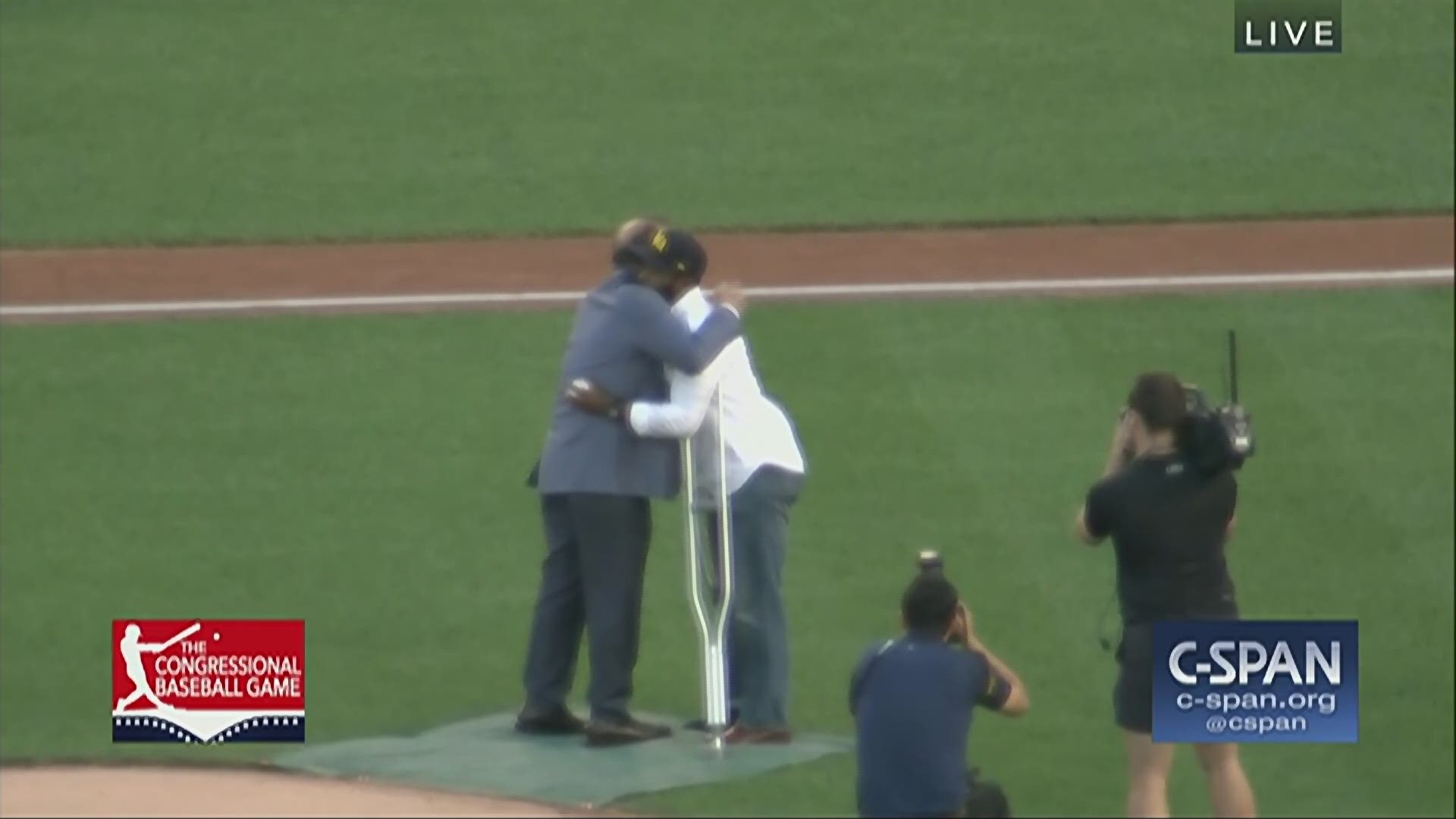 Although the Democrats won the game 11 to 2, they asked for the trophy to be placed in Rep. Scalise’s office.

The Congressional Baseball Game for Charity started in 1909 and has since been an annual event that shows unity between U.S. lawmakers.

To learn more about the Congressional Baseball Game, click here.