The couple set a goal to attend Caps games at 36 different venues. His wife died of pancreatic cancer after they attended 34 venues. He brought a picture of his wife to two other venues to honor his wife. 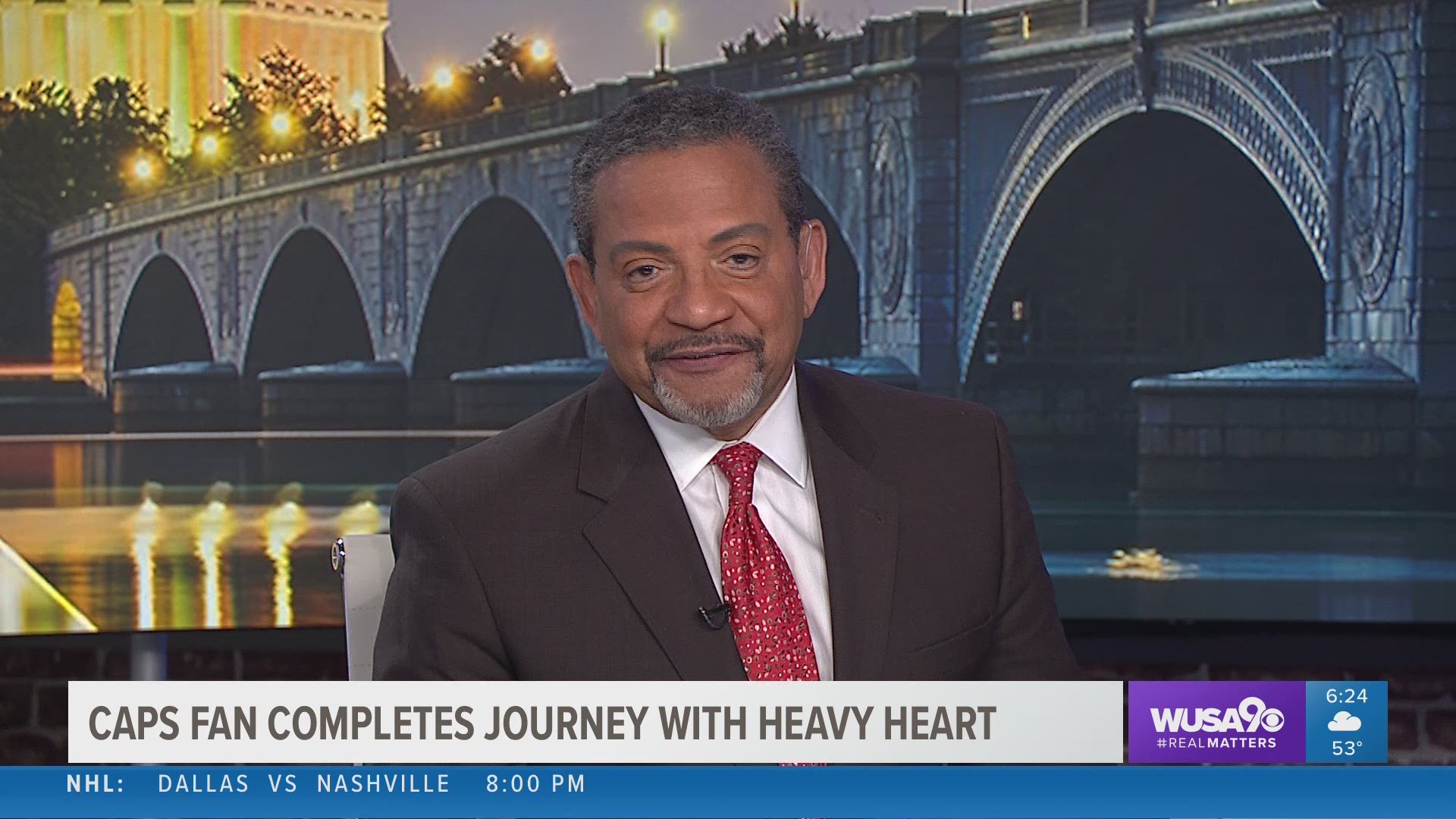 WASHINGTON — A husband is keeping his promise to his wife after she died of pancreatic cancer by completing their goal of watching the Washington Capitals play in 36 different venues.

They attended 34 venues together before Dona died of cancer on Thanksgiving, but that didn’t stop Greg Christian from finishing their goal.

“It seemed only natural to go ahead and finish. I made the poster and took her [Dona] with me because she has been with me the entire journey. Why wouldn’t I take her?” Greg questioned.

At the 36th venue, Greg was sitting in the stands watching the Capitals play the Maple Leaf's at Scotiabank Area in Toronto with a 20 by 30 inch picture of his late wife. The couple was wearing lavender Hockey Fights Cancer jerseys.

After the game, Greg looked to his right and there was his wife sitting next to him.

“There were a couple times I looked at her picture and said, ‘we made it.’”

The two became Capitals fans when the organization was founded in 1974 and both believed the journey was their idea.

“One of us said. Why don’t we see the Caps play in all the arenas?” Greg recalled. “I thought it was my idea. She said it was her idea. I don’t know who it was but that’s what we decided to do."

Their first trip to see the Capitals play away from Washington, D.C. was at Heinz Field in the 2011 Winter Classic against the Penguins.

Their journey didn’t truly begin until they attend Joe Louis Arena to watch the Capitals face the Detroit Red Wings on Nov. 15, 2013.

Dona’s last venue before she passed was at Little Caesars Arena, the new home for the Red Wings.

When Seattle’s new NHL franchise begins play at the New Arena at Seattle Center in 2021-22, Greg plans to travel to Seattle to watch the Capitals play the same way he and his wife did when their journey started in 2011. Together, to make it hockey venue number 37.