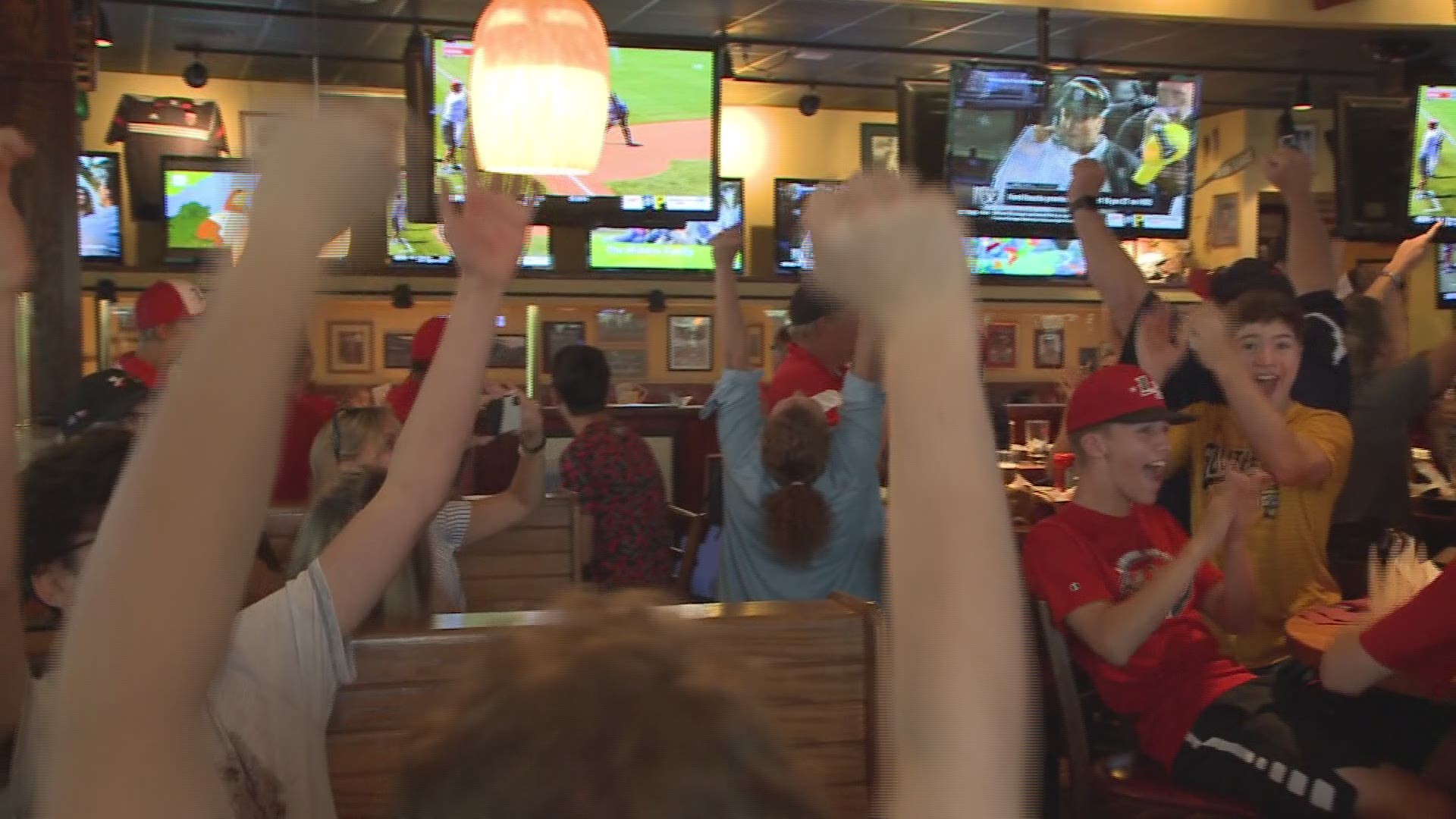 The team from Virginia jumped out to a 5-0 lead, before beating the team from Georgia 12-2.

While family members made the trip to Warner Robbins for the regional tournament, many supporters attended watch parties in Loudoun County.

"One thing good about this team is they're not going to let up," said Jeff Lizama, the Loudoun South Little League facilities director. "Got great coaching, great players, they've been here before, so that's why they've been so successful."

Sean Lizama, who managed the team last year to its first appearance in the regional tournament is happy to see this year's squad make it to Williamsport.

"It's crazy," Lizama said. "There hasn't been a team since 1994 from Virginia to go to Williamsport. For this team to do it, for this community, for Loudoun South, it's just a tremendous accomplishment. I can't wait to see the support up in Williamsport for these guys. There will be busloads of people going up, and it just will be real exciting to see, super proud of these guys and couldn't be happier."

The team will get a week to savor this achievement before their next game.

Loudoun South Little League now awaits the winner of the New England Regional. The two teams will play each other in Williamsport at 3 p.m. on Aug. 15.