One woman thought she was African American; her DNA results say otherwise. 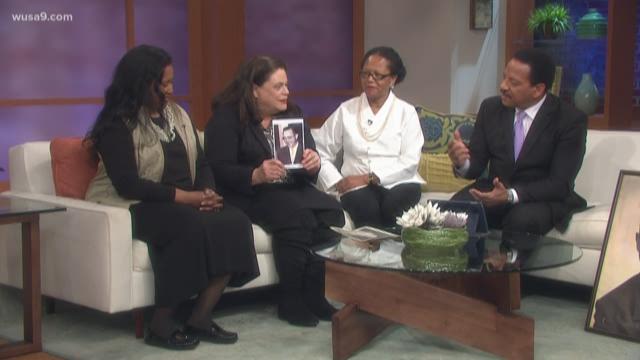 Everybody seems to want to know about their genetic makeup these days.

We're giving and getting the test kits that we spit in and send off, then anxiously await the DNA results. Knowing your family heritage is important. It helps us know who we are and where we come from.

Angela Trammel is an investigator for her father’s company, Kin Finder Group, LLC. She has been researching her own family through DNA testing for over 10 years and has built a career around helping others learn their bloodline history.

Two people who Angela has helped are Marion Cohen and Dr. Estelle Cooke.

Or at least she thought they were.

Once Cohen became an adult she decided to take a DNA test where she discovered she was 70 percent white, and the man she thought was her father was really her step-father.

"It was kind of like the untold secret in the neighborhood," said Cohen.

When Marion’s black mother and white father had her in 1959 it was illegal for them to marry in the state of Virginia. So, her mother married a black man and raised her as an African American child. Marion’s biological father did know about her, but the two never connected.

Dr. Estelle Cooke was born in Seoul, Korea where she was placed in an orphanage for unwanted children. She was often held in isolation because of her brown skin.

"There’s no doubt in my mind that my father was an African American or a man of color and my mother was Korean. I always thought of myself as being African American," said Dr. Cooke.

One day when she was 5 years old, an African American soldier took her with him to the U.S. where they grew up poor in Washington, D.C.

When Dr. Cooke began her search for her biological parents, she found her siblings on her mother’s side.

They informed her that their mother had died just six months earlier after traveling to D.C. from Hawaii to look for her. Her mother had seen Dr. Cooke's story on the news one day and knew that she was her child.

To this day Dr. Cooke stills doesn’t know who her father is.