Bruce Johnson speaks to the Bates family 30 years after first meeting them in their Northeast, DC home. 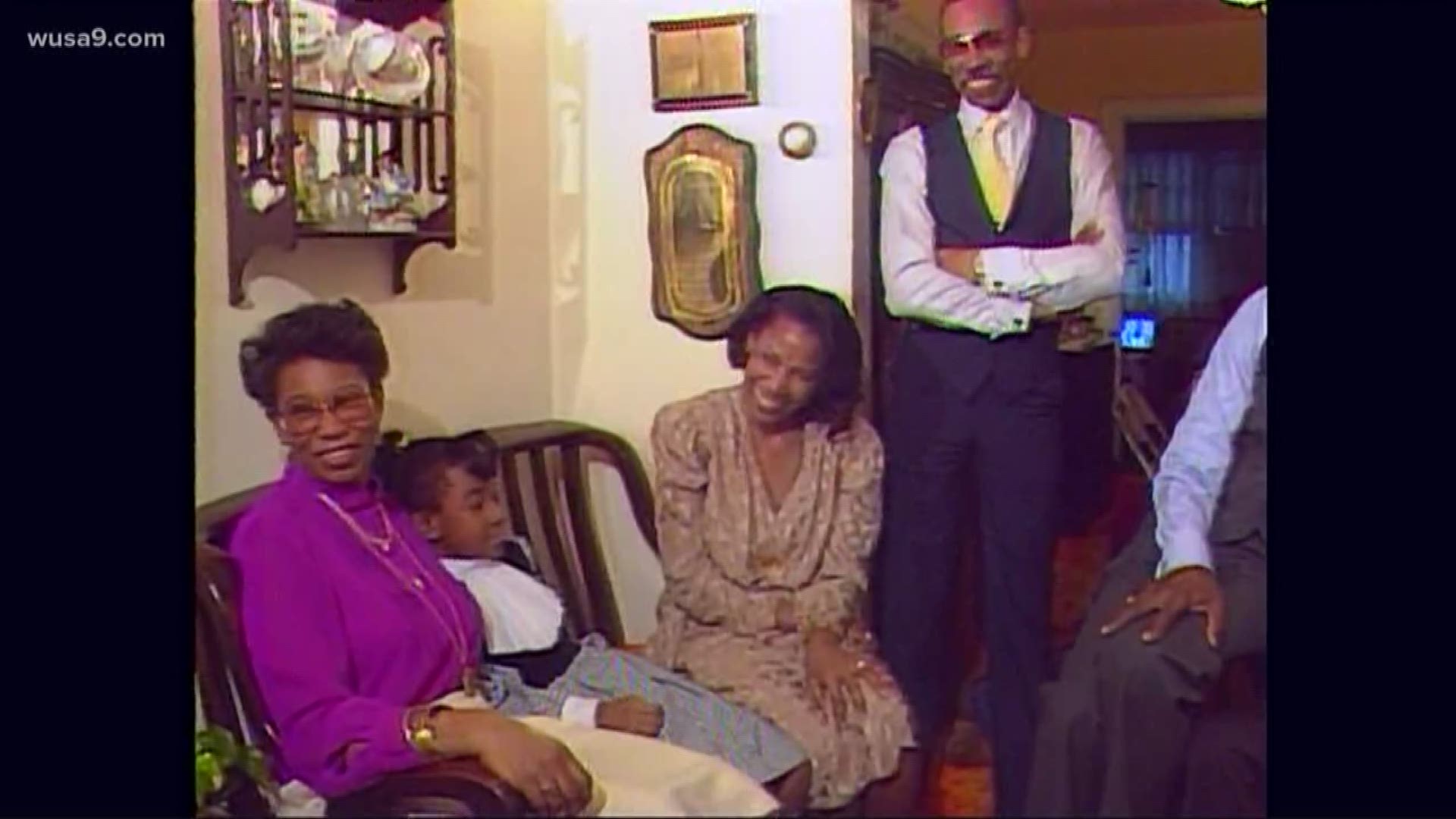 WASHINGTON (WUSA9) — In 1986, Robert and Alice Bates were continuing their mission of having their African-American family live the reality that Martin Luther King Jr. had promised. They lived in Northeast, D.C. in the Shaw community, the same area where one of the post-MLK assassination riots took place.

Robert and Alice were married for over 50 years and had a total of six kids who are all college educated.

They died in the early 1990s, but in 2018, their legacy continues to live on through their children, grandchildren and great grandchildren.

RELATED: 'Out of a mountain of despair, a stone of hope' | MLK Memorial brings famous speech to life

Mary Bates-Washington, one of their daughters, said their parents would be very pleased with how they have turned out.

“I think they both would be very proud of the accomplishments that we have made and those of our children and grandchildren over these past 30 years,” she said.

“I know they would have been quite impressed with Barack and Michelle Obama… I think that the United States is set for anybody to be a president in this country, whether it’s a black person, a white person, a man or a woman,” said Martin, son of Robert and Alice.

RELATED: 'I have a dream that enough is enough,' MLK granddaughter proclaims

Although the Bates family is doing well there are still questions about how far society has come since the civil rights movement.

“I would have imagined that 50 years later things would be different," admitted son Bobby Bates Jr. "But I’m frightened and fear that my generation has failed a generation of young folk, because today we send our young people out to school in the morning and we don’t know if they’re coming home. I am deeply, deeply concerned... that guns are such a pernicious, traumatic infection in our society.”

Bates Jr. said the actions of Pres. Trump are unacceptable and would not have been tolerated in the time of his parents.

“We live under a current administration that’s blaming everybody else for what’s going on, which is exactly the opposite of what our parents told us. If you did something wrong, you gotta stand up, take responsibility for it, do what’s right to correct it,” he said.

In terms of the future, Mary believes the ways of this country and its people can change.

“I tend to be somewhat optimistic when I see young people like the children from Parkland school taking charge and unfortunately, we don’t see more of that. We see so many of the negative that we do tend to lose hope, but I think the future will be okay,” said Mary.

The Bates continue to be a black model family of MLK’s dreams for the future. The next generation of Bates are still racking up degrees. They believe that one must first take care of themselves before going out to help others.