You could soon be able to legally buy weed in DC 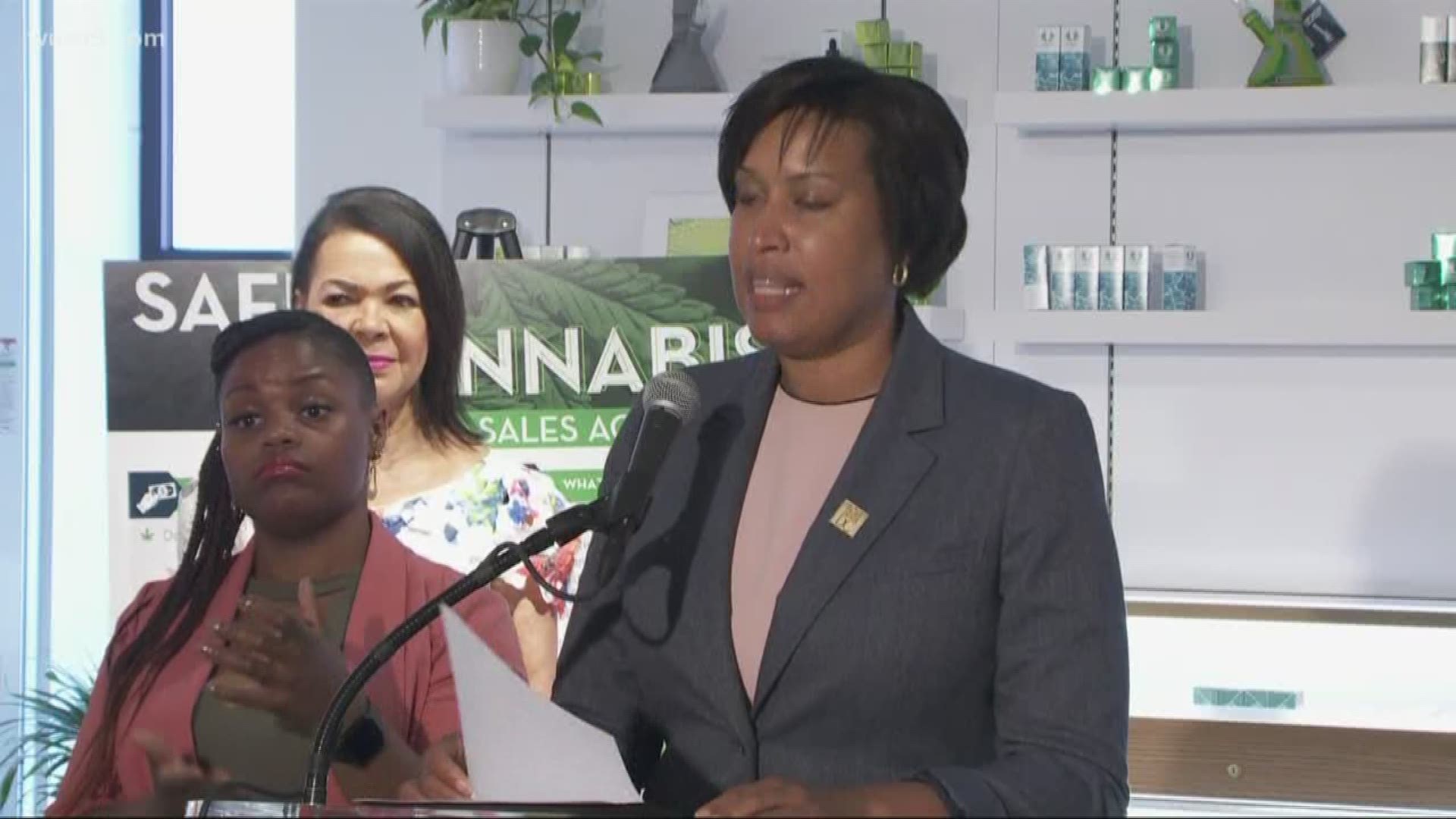 WASHINGTON -- For those living in the cloud of smoke that is D.C.'s marijuana regulations, that could soon clear up.

Mayor Muriel Bowser announced the introduction of the Safe Cannabis Sales Act Thursday, which outlines regulations for the sale and purchase of recreational marijuana.

If it passes, dispensaries will soon be able to sell recreational weed.

“It’s a great step in the right direction for residents to own businesses and to grow businesses, but I’m also interested to see what resources and services the district is willing to commit now so those businesses can meet that capacity," said Shara Gibson, Founder and CEO of Caniventures.

Caniventures is a Georgetown-based company that helps entrepreneurs navigate the cannabis industry in D.C.

The capacity Gibson mentioned is one of the rules outlined in the act.

The act outlines a 17% tax on pot and pot products, which the Mayor says will feed into funding public housing.

“We can reinvest in our communities that have been hardest hit by the criminalization of marijuana," said Mayor Bowser.

However, because public housing is owned by the federal government, people living there still will not be able to consume marijuana in their homes.

“The next step would be a place to consume safely…because you have people who want to use it or who could actually treat ailments using it but live in public housing, so they have no safe place to consume, so I would like to see that come down the pike as well," said Antjuan Washington, who manages the garden at District Growers, LLC. 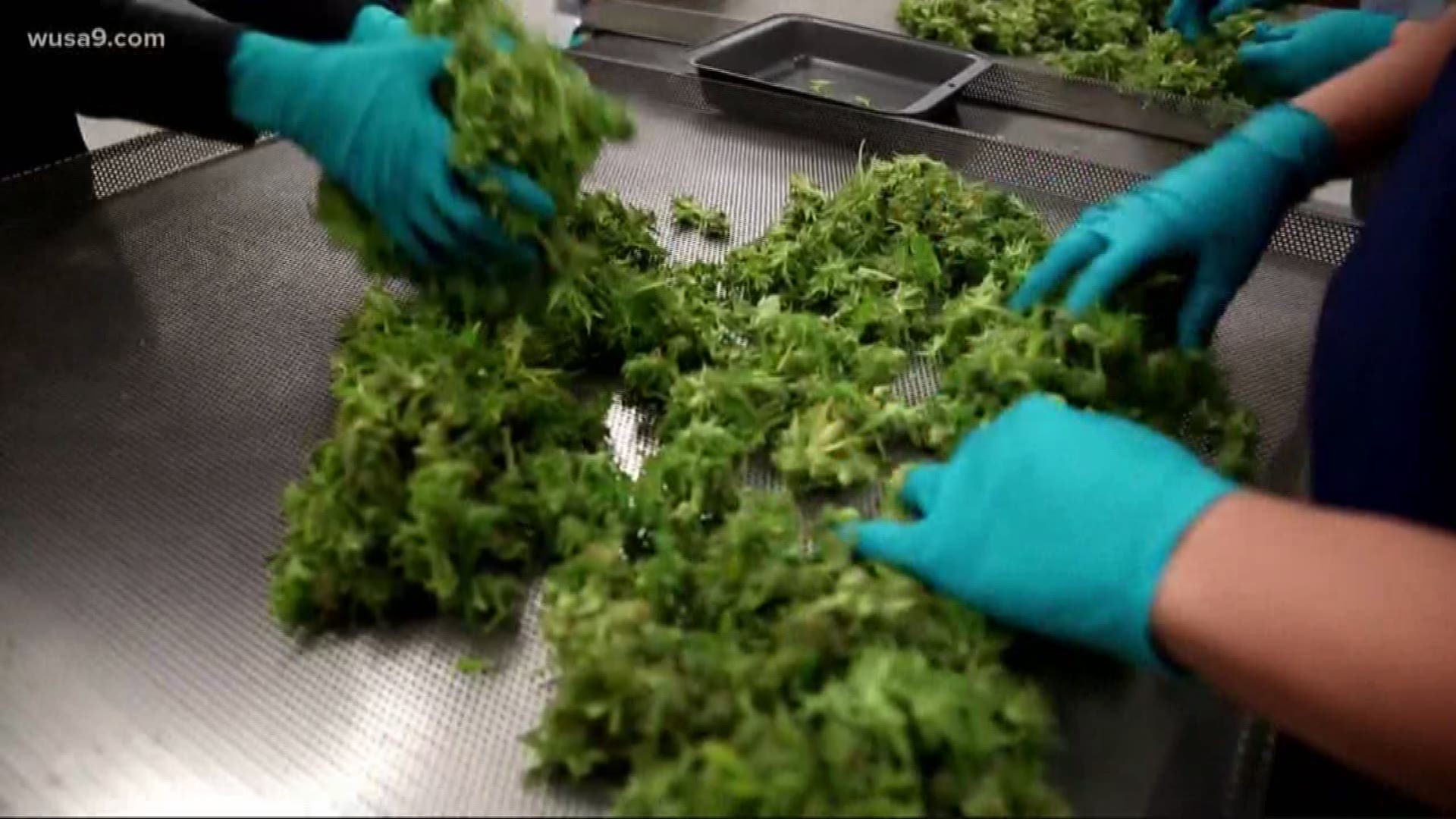 “A lot of African American males like myself are getting arrested or getting citations for possessing or smoking cannabis, so if some of those records are sealed, it gives them a second chance…and it gives them the ability to take their hobbies and their skills and put it in a more proactive and professional fashion," Washington said.

The legislation doesn't change the enforcement of marijuana use laws: you still can't smoke in public areas.

Therefore, advocates asked MPD Chief Peter Newsham how they plan to address what they say is a disproportionate number of African American men being arrested on marijuana-related charges.

“We issue what’s called a citation and then they have to appear, and I know that doesn’t give everybody comfort, but I also think that a big piece of this for our young folks in particular is education," said Chief Newsham.

The mayor said her administration is still working on the best tactics to spread the word.

She said whatever it takes, she wants The District to be ready to do what she says 70% of voters want once they can get around the roadblock put in place by Congress.

“It is vitally important that The District take this critical step to prepare the regime so that when the rider is removed, and we call on our allies to do what they say they’re going to do and keep their hands off of D.C., the district can immediately end this terrible predicament caused by the Congress," Bowser said.

The next step is for the council to host hearings, which Mayor Bowser said she feels confidently they can legally do.