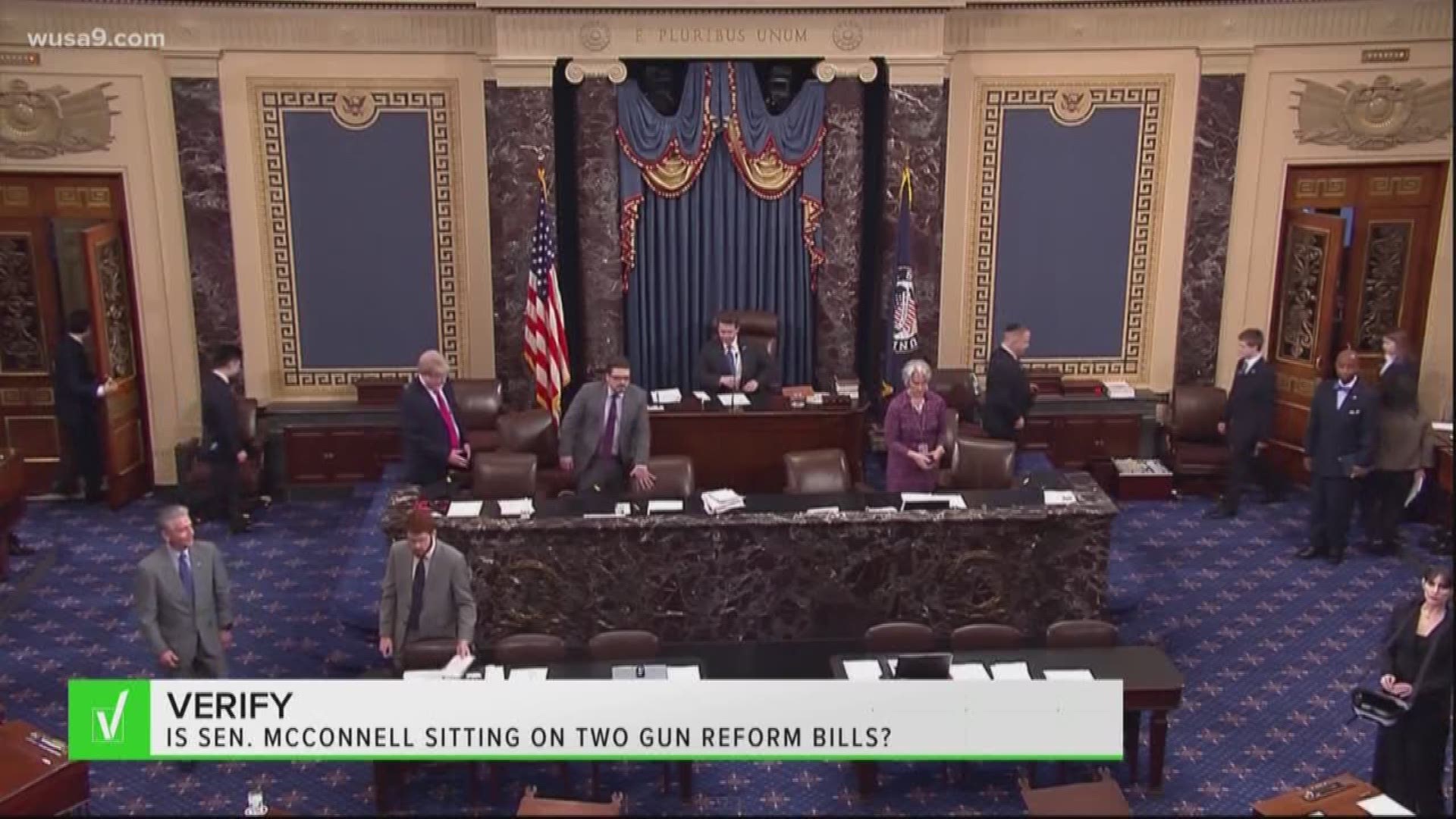 Yes, the House passed two bi-partisan bills that would strengthen background checks. Both have been read on the Senate floor but have not been voted on.

Americans witnessed with largest mass shooting of 2019, after a gunman in El Paso opened fire, taking 22 lives, in what federal authorities are calling "domestic terrorism." The massacre took place hours before a shooting in Dayton, Ohio, that claimed nine lives.

Several Democrats rushed the Senate Leader, demanding him to bring gun reform bills passed in the House, up for a vote in the Senate.

Our researchers went to Congress.gov, the official site to look up bills, and it turns out he is.

The house passed two bi-partisan bills in February, one that would require unlicensed gun dealers to conduct background checks, and another that would extend the background check waiting period from three days to 10, and broaden the definition of who is ineligible to purchase a firearm because of mental illness.

Both bills moved to the Senate and haven’t been touched since early March, according to the federal legislation site.

Now why would some politicians oppose these two bills?

Our researchers took a deeper dive and looked at the Congressional record, the records of the debates on the bills.

They found several Republicans claimed the bills would inadvertently limit or inconvenience those eligible from purchasing a gun.

For example, under HR 1112, which extends the background check waiting period from three days to 10, after 10 days if the NICS system has not returned an answer to the dealer, the purchaser would have to file a petition with the attorney general, who has an additional 10 days to respond to the purchaser.

Rep.Doug Collins (R-NY) argued that if someone had to wait 20 business days, during a month in which there was a holiday, a person could be waiting a month to purchase a firearm.

Under law, a background check is only good for 30 calendar days. That means the individual would have to start the process all over.

Others simply argued the two bills violated the Second Amendment.

So we can Verify yes, there are two gun reform bills passed in the House that are waiting in the Senate.

The Senate began summer recess on Monday, August 5, and is expected to resume on Monday, September 9. However, democrat leaders are calling for the Senate to resume in the wake of violence in El Paso and Dayton.