A viral voicemail warned of a four-week long nationwide quarantine coming to the U.S. There is no evidence to confirm it's real. 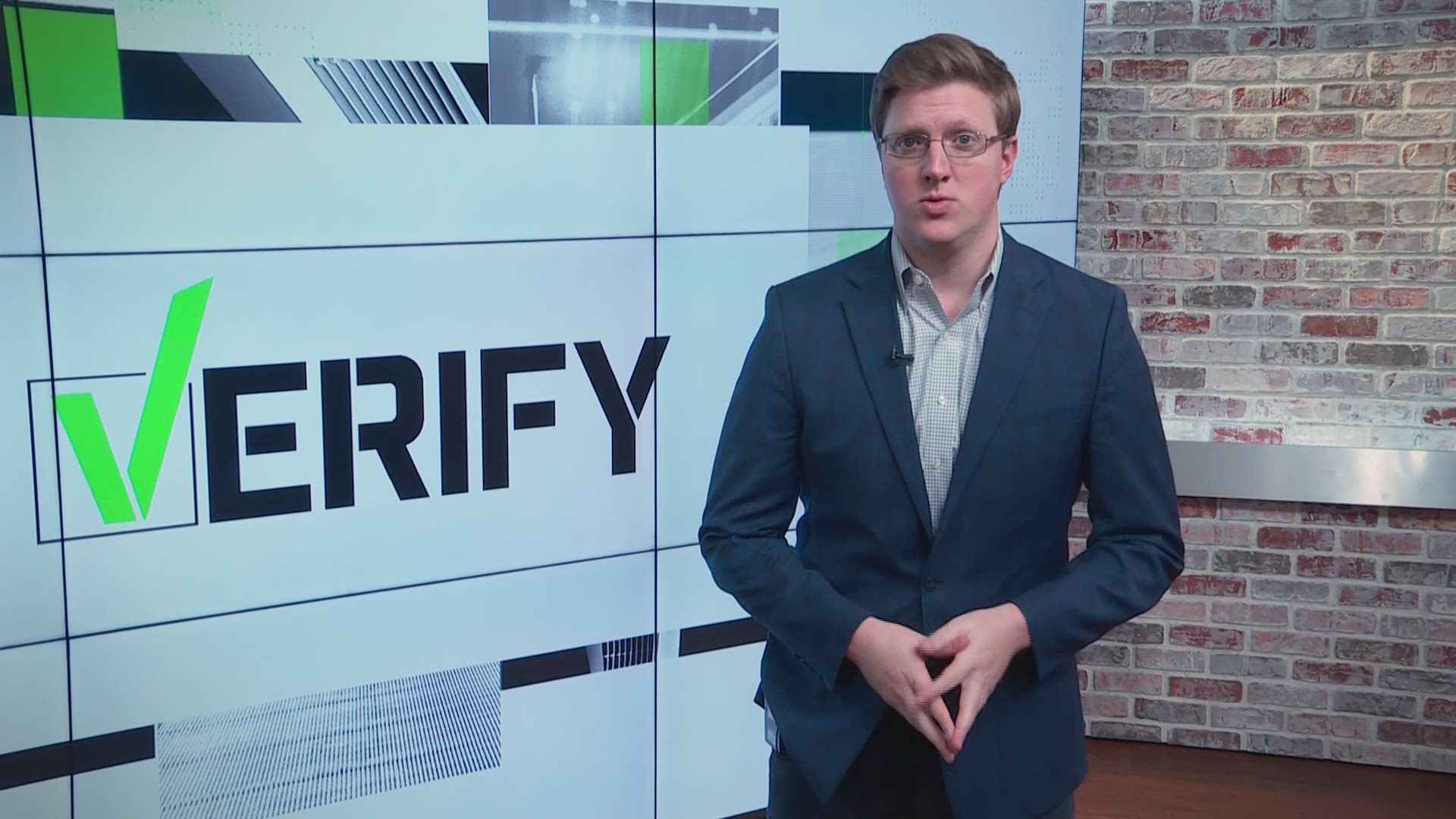 The VERIFY team has gotten questions from several viewers about a viral voicemail warning of a four-week nationwide quarantine coming to the United States.

The message even made it to singer Chris Brown’s Instagram story.

The voicemail warns that you won't be able to do any shopping -- including for groceries -- under this supposed quarantine and that the announcement will come in one to two weeks. The voicemail warns it’s imperative to stock up on food.

Their source? Three unnamed people who vaguely claim they have positions connected to the U.S. government.

Similar messages have also spread through text messages and group chats. Much like the voicemail, they warn of an impending quarantine, tell people to stock up on food and refer to vague unnamed sources.

Simply put, there is no evidence of this.

The U.S. government has made no such announcement about it, but the voicemail acknowledges there has yet to be an announcement. It’s just as impossible to definitely disprove this as it is to definitively prove.

And that’s a good reason to be skeptical of rumors like this.

RELATED: VERIFY: What does it mean for a disease to be a pandemic?

Is there going to be a four-week nationwide quarantine that forbids you from leaving your house?

There is no evidence from any legitimate credible source that a nationwide quarantine is planned. The framing of this rumor in the viral voicemail raises clear question about its veracity.

Since there isn’t any evidence to prove or disprove this claim, there are two ways of breaking it down: the way the claim is presented and the likelihood of the claim.

First, let’s look at the way the claim is presented.

The voicemail names three supposed sources within the first few seconds: a cousin at the Pentagon, an aunt who lives in Washington, D.C., and a friend who works for the government in Knoxville. None of the three are named.

There is good reason to be skeptical of those sources. Not only are they anonymous, but their connection to the government is vague. The specific positions of these people within the Pentagon and the government that would validate their reason for knowing this information isn’t revealed. Just because someone lives in D.C. doesn’t mean they know unannounced government plans.

Many false chain-mail rumors cite a friend of a friend, a friend’s relative or a vague relative people who know the original sender are unlikely to ever meet. The sources for these rumors are always unnamed. It makes it hard to track down the original source and verify the authenticity of the rumor.

And the voicemail acknowledges that the information is unannounced, but then says the announcement is coming in a week or two. Presenting information in a way that is impossible to prove or disprove is often intentional by authors of chain-mail-type rumors.

Next, let’s look at the likelihood of the scenario: you will be quarantined for four-weeks and unable to leave your house even for groceries.

The closest example we have of this is Italy’s ongoing nationwide quarantine. We wrote a VERIFY describing the quarantine earlier this week. Their measures are restrictive -- people must formally declare a reason for leaving their homes to local authorities -- but not even Italy is preventing their citizens from accessing basic necessities. Grocery stores and pharmacies are still open. People can still go to work if they absolutely need to leave their homes to work. The Italian government has also announced grocery stores will continue to be restocked during the quarantine.

Of course there’s no guarantee that a nationwide quarantine in the United States would look the same, but the Italian quarantine serves as an example to go off of nonetheless.

But there’s one other issue with this quarantine rumor: whether or not the federal government has the authority to enact such a measure is murky.

The National Conference of State Legislatures says, “Primary quarantine authority typically resides with state health departments and health officials; however, the federal government has jurisdiction over interstate and foreign quarantine.”

Nonetheless, the federal government hasn’t tried to enact a nationwide quarantine in modern times. It’s possible legislators would be more flexible with such laws if the country’s public health required it.

So let’s summarize everything: there is no evidence supporting the claim in this voice. It can’t be proven or disproven, but there are good reasons to be skeptical of it. The sources cited are anonymous and vague, the information was presented in a way possible to definitively disprove, the restrictiveness of this rumored quarantine is far greater than a similar country’s nationwide quarantine and it’s not clear if the federal government even has that kind of power.