VERIFY: In 2017 Fauci said Trump would face a surprise outbreak, but he didn't predict COVID-19

Did Dr. Anthony Fauci warn three years ago that the incoming president would 'no doubt' face a surprise disease outbreak? 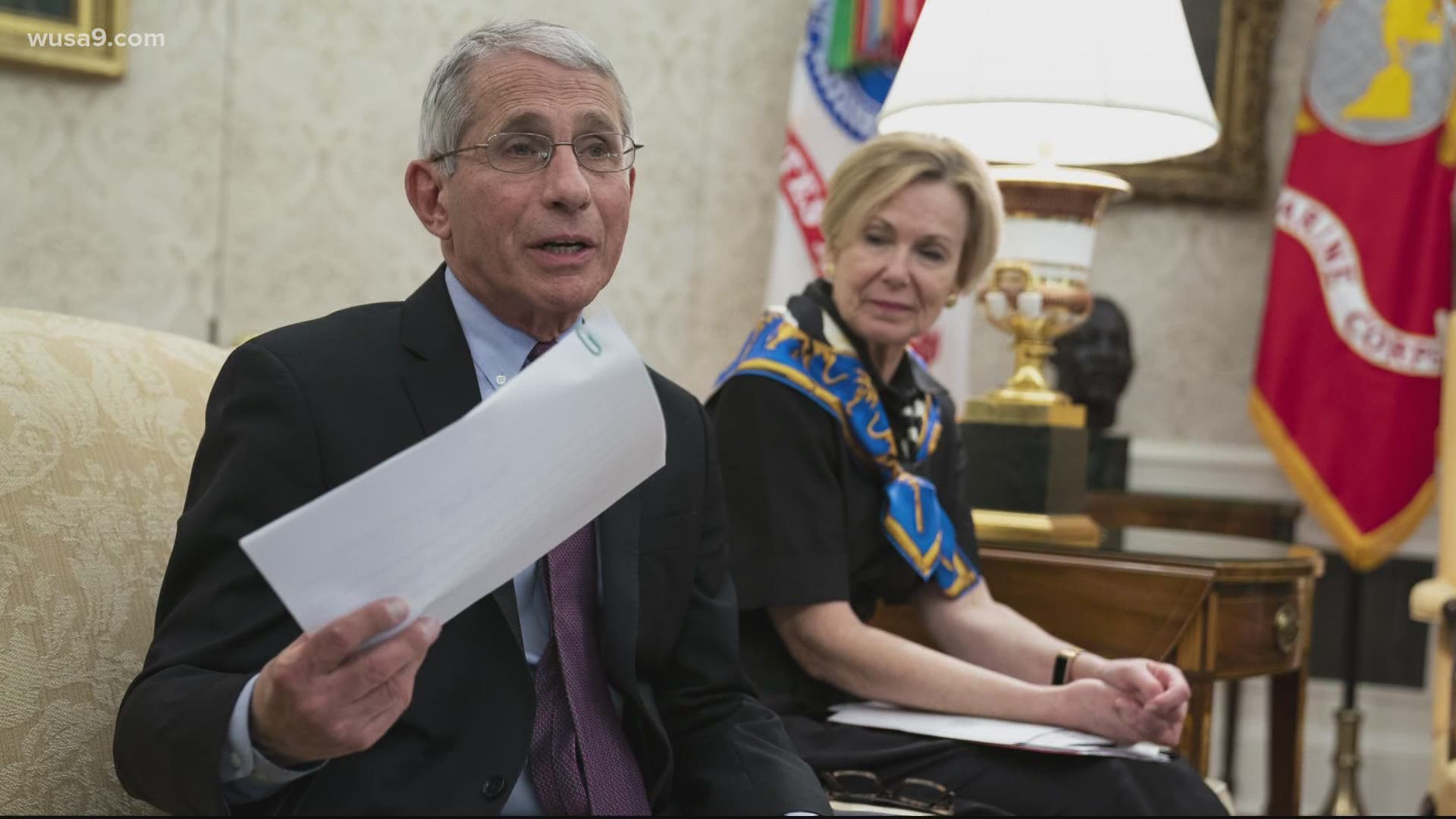 Did Dr. Fauci say back in January 2017 that the incoming Trump administration would face a surprise disease outbreak?

Yes. However, he was generally discussing what presidents face while in office, while speaking at a forum about pandemic preparedness. Fauci did not predict the COVID-19 pandemic.

On Twitter, lots of people are sharing an article from January 2017 that quotes Dr. Anthony Fauci, director of the National Institute of Allergy and Infectious Disease, saying that President Trump will "no doubt" face a surprise infectious disease outbreak.

Some people are using the article to fuel conspiracy theories, others are calling it coincidence.

So we’re verifying, did Fauci really warn more than three years ago that Trump would face a surprise outbreak?

Our Verify researchers analyzed the article, which says that Dr. Fauci made these comments during a forum about pandemic preparedness at Georgetown University.

We then tracked down this recording of the event where Fauci says the Trump administration will likely face both ongoing diseases and new ones.

RELATED: VERIFY: The 'Plandemic' documentary is full of misinformation

"There will be a surprise outbreak and I hope that at the end of my relatively short presentation you will understand why the history over the last 32 years that I’ve been the director of NIAID will tell the next administration that there’s no doubt in anyone’s mind that they will be faced with challenges that their predecessors were faced with," Fauci said in 2017.

So yes, Fauci did say there would be a surprise disease facing the Trump administration. But that doesn’t mean he predicted the coronavirus pandemic. He was just generally describing what presidents face, based on his experience advising five of them at the time.

If you listen to his entire 37-minute speech, Fauci talks about diseases that emerged or intensified during his tenure: HIV/AIDS, West Nile virus, SARS, H1N1, Zika and Ebola.

So there’s no crystal ball here, just a senior health expert explaining how to plan for future pandemics by looking to the past.