The flag of the Old Line State has drawn controversy for its Civil War ties. 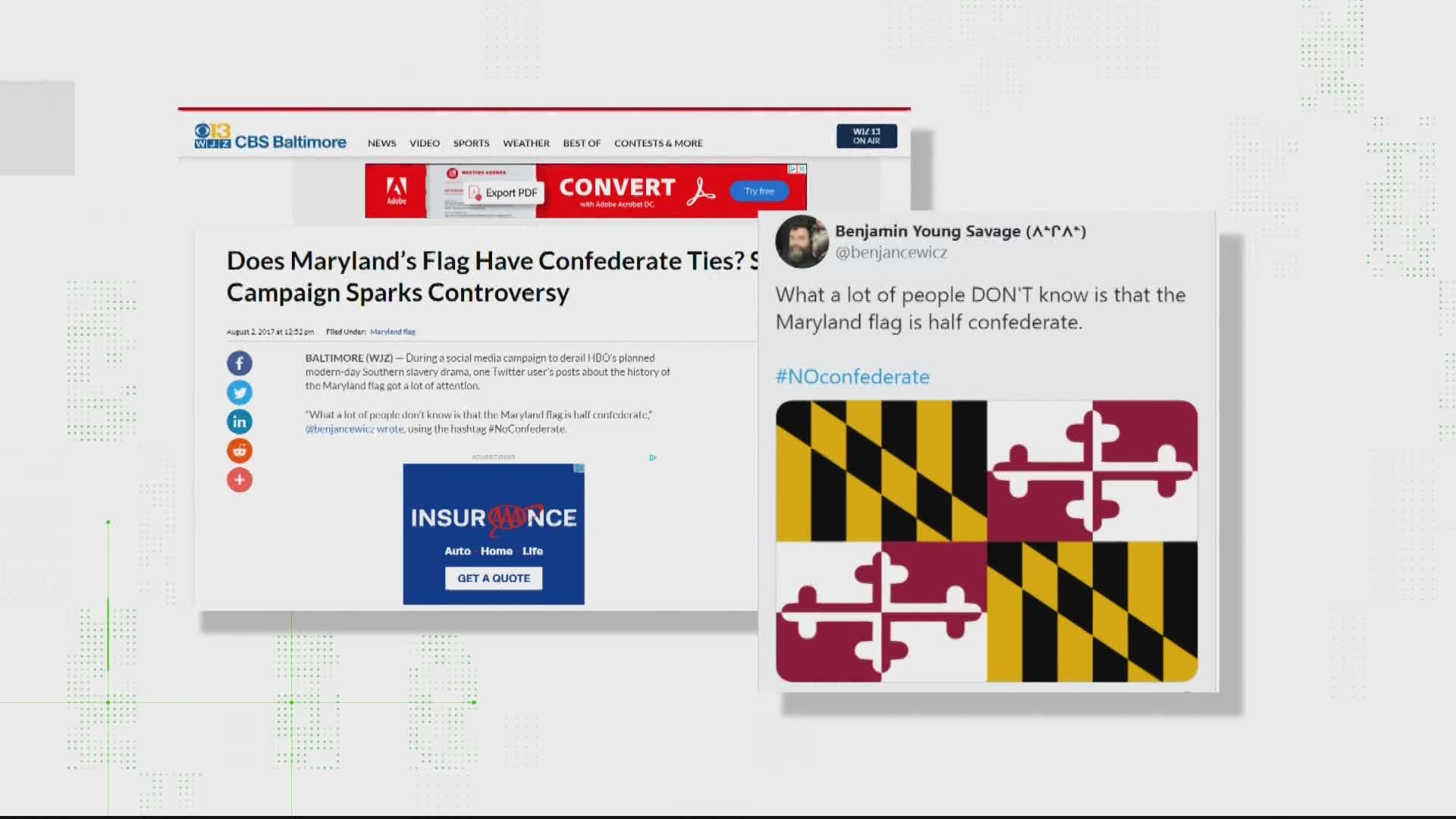 ANNAPOLIS, Md. — This has been a summer of social change across the country. Symbols of the Confederacy from statues to flags have been taken down.

Several articles online claim Maryland’s flag is one of them.

Does Maryland’s flag have Confederate symbols in it?

True. The Maryland flag has a Confederate symbol in it.

However, it originally was part of the symbol of the founding family of Maryland. Only later was it co-opted by Confederate soldiers, according to a vexillologist.

“A symbol like a state flag kind of transcends where it came from and it becomes an entity in itself,” said Peter Ansoff, vexillologist.

The state of Maryland’s website and a vexillologist, or a flag expert, Peter Ansoff.

“There’s never been any secret about it,” Ansoff said. “You can read it on the Maryland state website.”

Ansoff explained Maryland’s flag is the coat of arms of the Calvert family which is the founding family of the state of Maryland.

That coat of arms is made up of two symbols. You have the Calvert family banner and the Crossland family banner.

Here is where the controversy lies. During the Civil War, Marylanders fought for both sides.

“Marylanders who fought for the North used the common symbol which was the Calvert banner of the Black and Gold,” Ansoff said.

“The Southerners used the other part from the coat of arms, the Crossland Banner because they wanted to be different.”

After the war, Marylanders as did the rest of the country came back together. The state began to use two symbols again together on a flag.

“The notion behind it was that this is a compromise,” Ansoff explained. “We are trying to bring the parties back together and move ahead as a unified state.”