Amazon just announced they've kicked off the hiring process in Arlington for their second headquarters. But now there's a viral rumor about a new interesting job requirement involving a selfie. The Verify team tracked down the truth on this one. 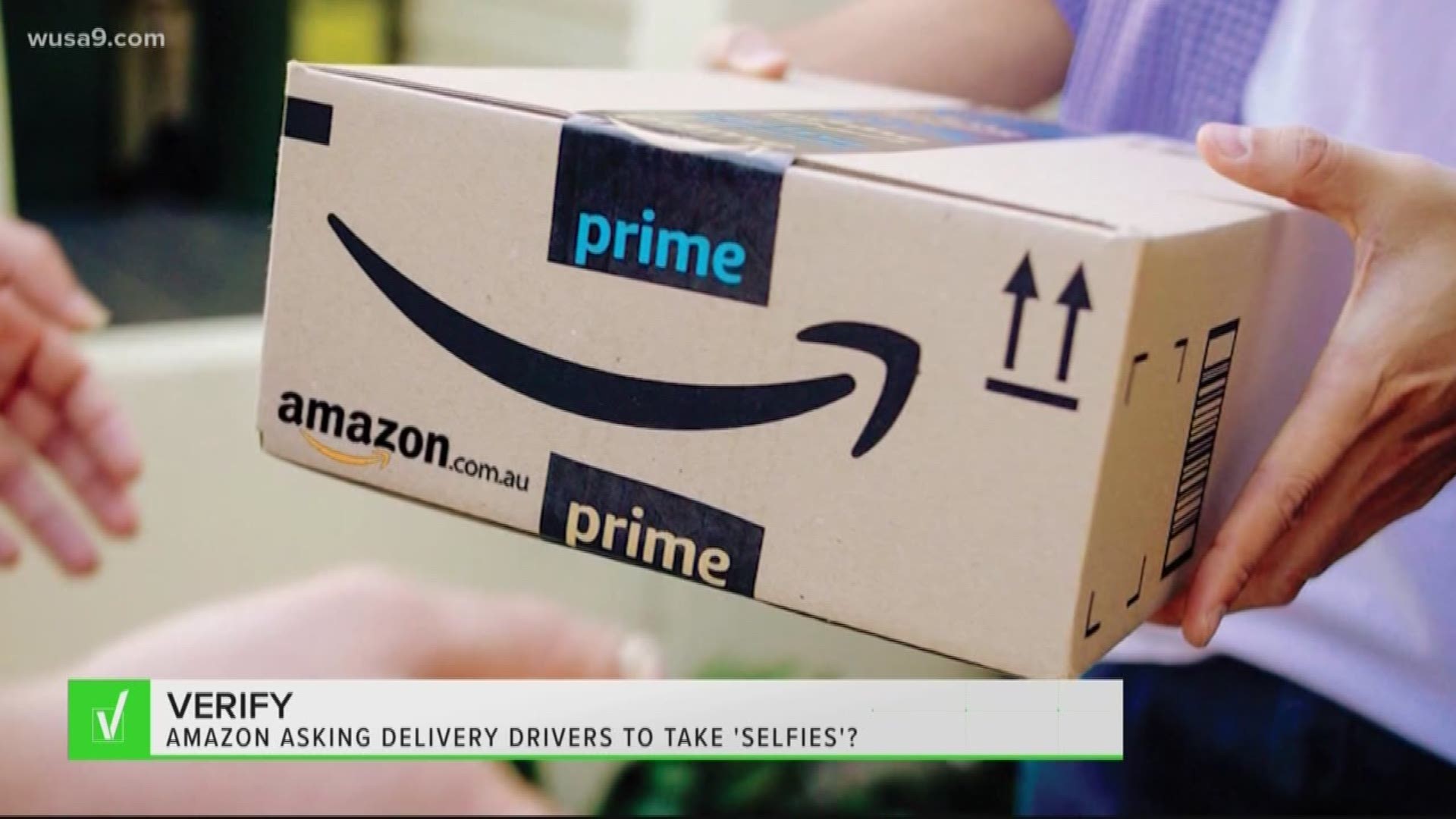 But now there's viral buzz that Amazon is now making drivers take selfies during their deliveries, so is actually legit?

To find out, Verify researchers went straight to the source, Amazon themselves.

A spokesperson confirmed over the phone to researchers, indeed this is a recently implemented practice they have started for Amazon Flex drivers.

Amazon Flex is a program where the company hires drivers to deliver Amazon prime package and those drivers set their own schedule.

Now when drivers sign into their delivery block, at times they'll be asked to take a photo to validate their identity, so yeah, a selfie or sorts.

Some online speculation suggests Amazon is making drivers take the photos to cut down on package fraud and theft.

The spokesperson told us that is not true. Instead, the picture is meant be an extra layer of security against fraudulent activity on the drivers account.

Now there is another program called Amazon's Photo on Delivery through Amazon logistics, where drivers must take a picture of not themselves, but the package once it's been delivered to the customer's property.

So we verified yes, Amazon implemented a method for their drivers to verify their identity by taking a photo when making a delivery.