VERIFY: No, Jeff Bezos's Blue Origin launch was not funded by taxpayer dollars 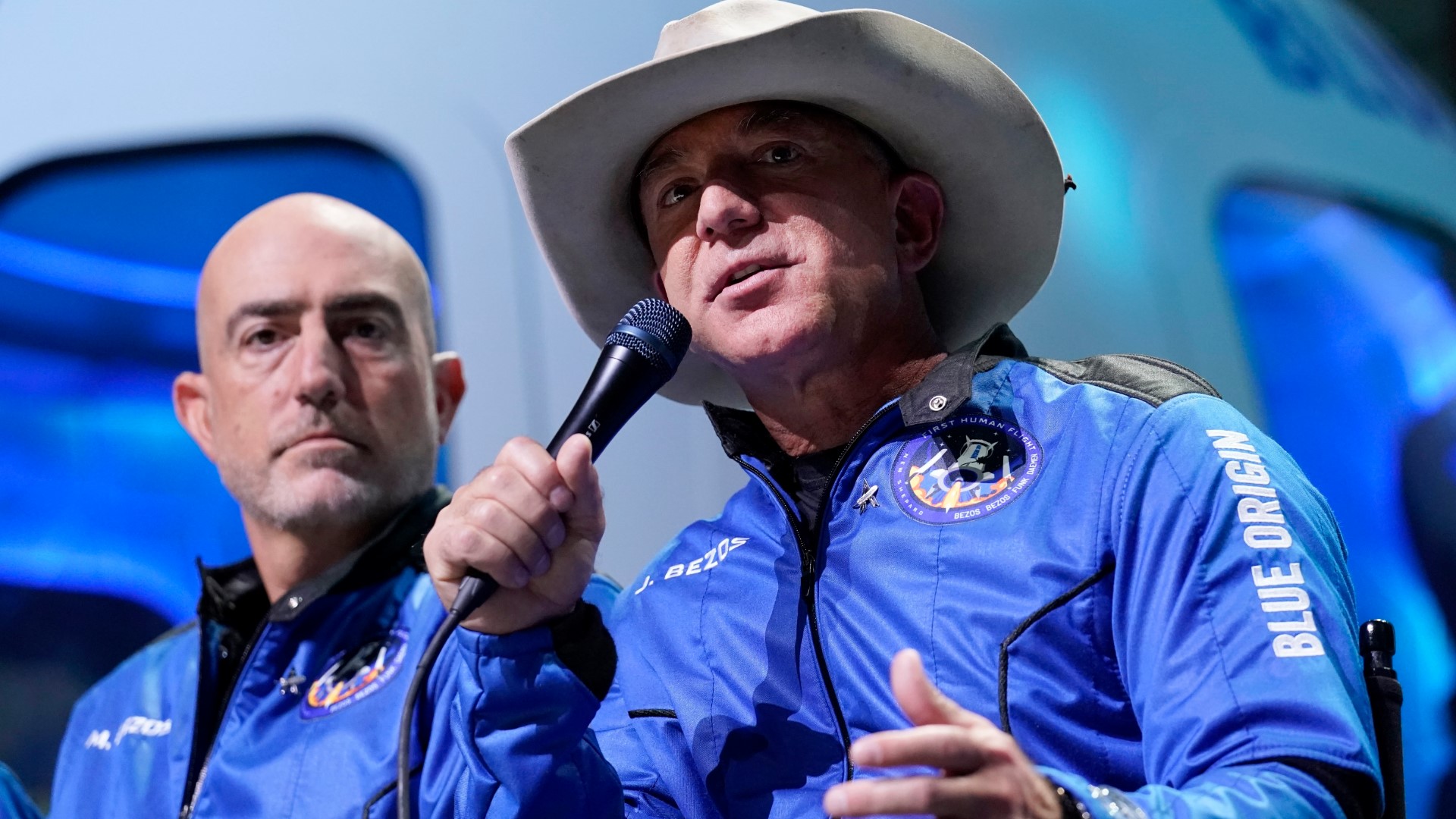 WASHINGTON — The world watched as the richest man on earth left earth.

Jeff Bezos, founder of Amazon and spacecraft company Blue Origin, was one of four people aboard the New Shepard aircraft that launched Tuesday morning.

The rocket took off from Launch Site One in west Texas and went to outer space and back in under 11 minutes.

Bezos's brother Mark, Wally Funk, and Oliver Daemen were the other three passengers.

It wasn't long before some on social media began criticizing the excursion, and rumors spread online about how exactly Bezos’s cosmic cruise was funded.

Our Verify team fact-checked that claim.

I would LOVE to know why "WE THE PEOPLE" are funding the @blueorigin rocket with @JeffBezos and other SUPER wealthy connected people!🤬 Serves me NO PURPOSE, and we have REAL PROBLEMS on earth. @SenSanders What's up with this? How did @DNC @GOP EVER allow taxpayers to fund this!

Blue Origin's launch of the New Shepard on Tuesday, July 20 was not paid for using tax dollars.

Our Verify researchers contacted NASA, looked at information on their website and spoke with Scott Pace, director of the Space Policy Institute at The George Washington University. Pace previously served in the White House

He previously served in the White House, on their National Space Council, analyzing NASA budgets and space policy.

"I can confirm that no taxpayer dollars were used for the Blue Origin New Shepard flight today," the spokesperson said.

We also asked Pace, who looked at NASA's budgeting proposals during the Trump Administration.

"Are there billions of federal dollars going into what Jeff Bezos did today? No," he said. "Has the federal government put significant amounts of money, somewhat under a billion dollars, in a variety of areas for Blue Origin? Yes."

So we can Verify, this claim is false.

As to the second part of Pace's answer. NASA has worked with Blue Origin in the past as it has with lots of private companies.

The agency posts those agreements online, so our Verify researchers took a look and found that Blue Origin has received millions of dollars from NASA over the years.

RELATED: VERIFY: No, Branson, Bezos and their crews aren’t the first space tourists in history

Blue Origin bid for NASA’s prestigious Artemis Program, which plans to send the first woman and first person of Color to the moon.

In April 2020, NASA awarded $967 million total to three companies to advance through the bidding process; It included Blue Origin, Space X and Dynetics.

A year later, NASA chose to award the contract to Elon Musk's SpaceX.

Blue Origin protested the decision to the Government Accountability Office, and NASA responded by extending the decision until August 9.

Why does all this matter? This is billions of TAXPAYER dollars up for grabs.

Pace said the Artemis program will likely cost tens of billions of dollars over a decade, it's not an all-up-front cost.

NASA isn't the only government agency that's contracted work with Blue Origin; according to Pace both the Air Force and Space Force have previously awarded Blue Origin money for a separate bid.

"Blue Origin received on the order of maybe $200 million or so over time from the Air Force and Space force when they were doing national security space launches."