Verify: No, AstraZeneca's vaccine does not have tissue from an aborted fetus in it

A viral claim online says the company's vaccine contains lung tissue from an aborted fetus in it. It does not. 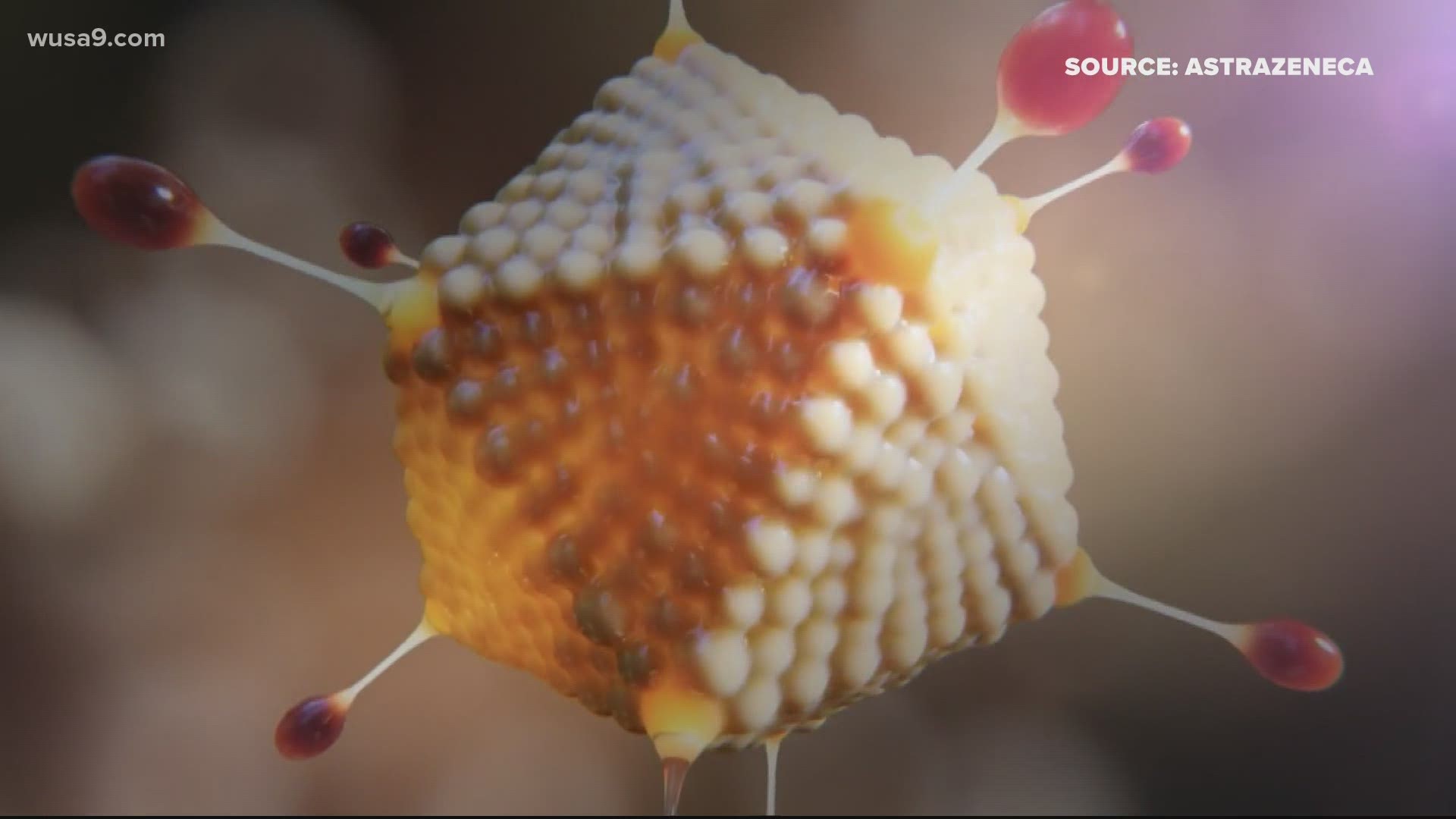 WASHINGTON — The majority of the COVID-19 vaccines come from relatively new biotechnology. With that new technology comes new speculation. A viral video online claims one of the vaccines has tissue from an aborted fetus in it.

A viewer sent us this video she was sent on Facebook. In the video a woman who claims to be a nurse explains what is in AstraZeneca’s coronavirus vaccine.

“One thing it definitely has is the lung tissue of a 14-week-old aborted Caucasian male fetus,” she claims.

Does AstraZeneca’s vaccine have the lung tissue of an aborted fetus in it?

No, there is no fetal tissue whatsoever in the vaccine.

“I think it's very important to note that the vaccine doesn't contain any fetal tissue,” Dr. Moss said.

Let's reiterate: No, there is no fetal tissue in the vaccine whatsoever.

AstraZeneca, in several releases, explained its vaccine uses a dead or weakened ‘adenovirus’ to deliver the coronavirus code to the body. Then the body creates an immune response to fight COVID-19.

However, to create the delivery virus, the company has to grow that virus. It does this in cells that come from a line of kidney cells originally taken from an aborted fetus back in the 1970s.

“So, you have the original fetal tissue, then you have the cells that were derived from it. The virus has grown in that and then that's taken out of the cells,” Dr. Moss explained.

In an email sent to our Verify team, AstraZeneca reports this has been done before in vaccines you may have already taken. One example the company gives is the measles, mumps and rubella vaccine.

Use of cell lines today must comply with ethical guidelines and consistent with these they are commonly used in medical research for the greater benefit of scientific advancement. These cell lines are commonly used as they have relatively quick dividing times, are easily grown in suspension and produce high levels of proteins. Using techniques to produce vaccine viruses in human cell lines has been a significant advance in vaccine development.

Again, there is no fetal tissue inside AstraZeneca’s vaccine.

However, the delivery mechanism was grown in a cell line that descends from the kidney tissue of an aborted fetus, just like the MMR vaccine.

RELATED: VERIFY: Here's when DC, Maryland and Virginia will roll out the first COVID-19 vaccine doses

RELATED: VERIFY: Yes, you will receive a vaccination card when you get the COVID-19 vaccine. But it's not a form of ID

RELATED: VERIFY: Yes, some of the deadliest days in US history have happened in December 2020