VERIFY: If Joe Biden or Donald Trump dropped out, what would happen next? 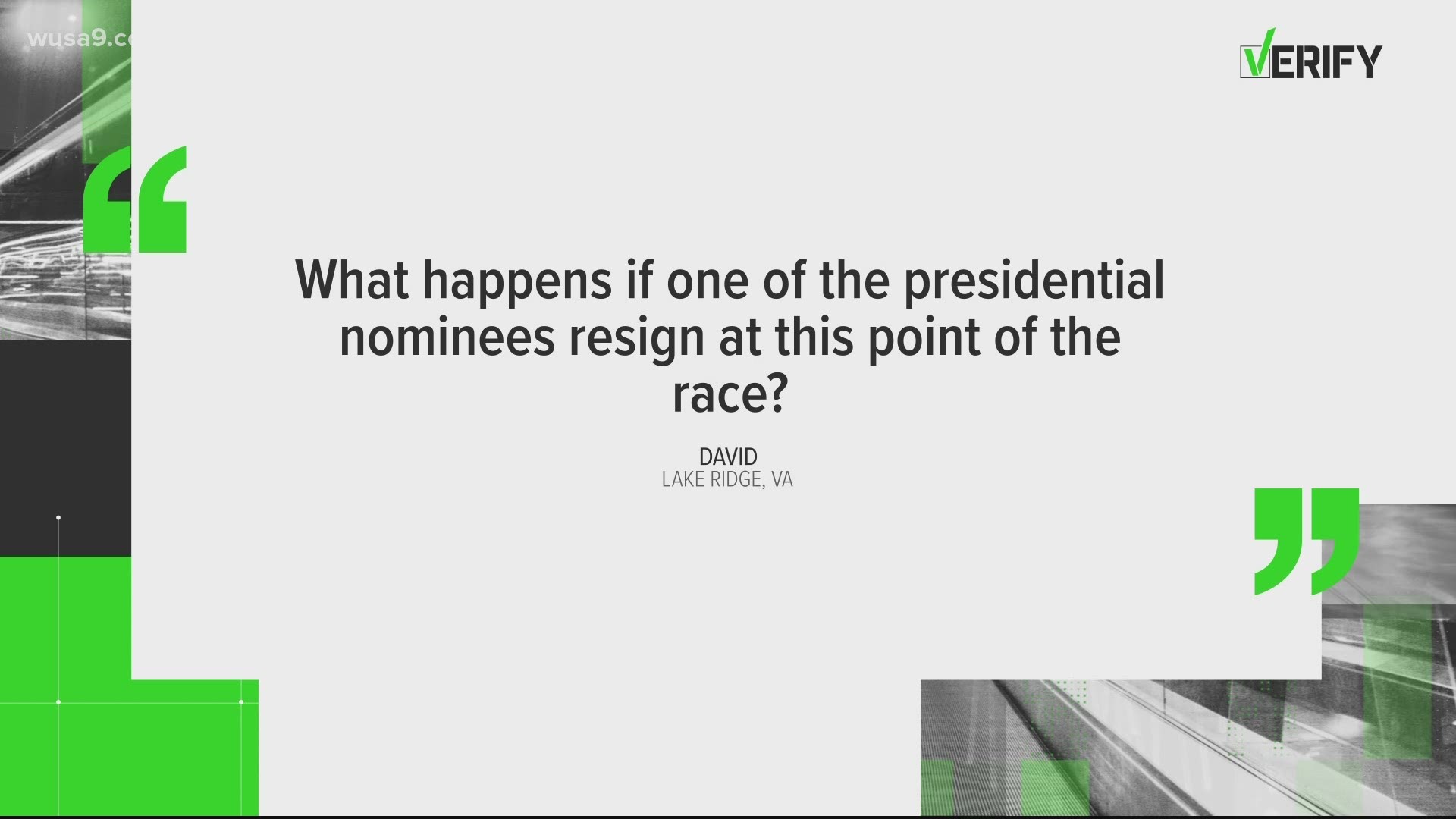 WASHINGTON — Election Day is just around the corner. We have gotten all sorts of questions about policies and outcomes.

One of the most interesting questions was about what happens if either candidate dropped out of the race right now.

What would happen if either presidential or vice-presidential candidate were to drop out of the race before Election Day?

To answer this one we went straight to both parties’ bylaws of the 2020 Convention Rules of Procedure. The procedures were agreed on during the Democratic and Republican conventions.

“(The party leadership) would choose someone, there would be a question of, 'could you get that name on the ballot?',” election expert John Fortier said. “We are very tight now and that would depend on state laws. Some states would let you, others would not.”

Fortier explained that while the RNC and DNC would get their choice now, the process changes as we get past Election Day.

“The first period would be after Nov. 4, but before Dec. 14 when the electors of the Electoral College meet and vote,” he said.

Fortier explained that during that time period the party can try to put a new candidate forward, but ultimately the electors would hold the power to decide who gets that spot. The final scenario would happen after Dec. 14. In that case, Fortier said Congress takes over.

“If they saw there were electors cast for someone who died or left the ballot they might keep the votes or they may throw them out,” he said.

Suffice it to say, it would be a complicated process until Inauguration Day.

In our time it has not happened since the 1972 election. Democratic Candidate George McGovern chose Thomas Eagleton as his running mate. Then after the convention, Eagleton resigned from the ticket. McGovern and the party leaders chose Sargent Shriver to replace him.