A blog article that went viral makes a claim that can’t be found anywhere else. 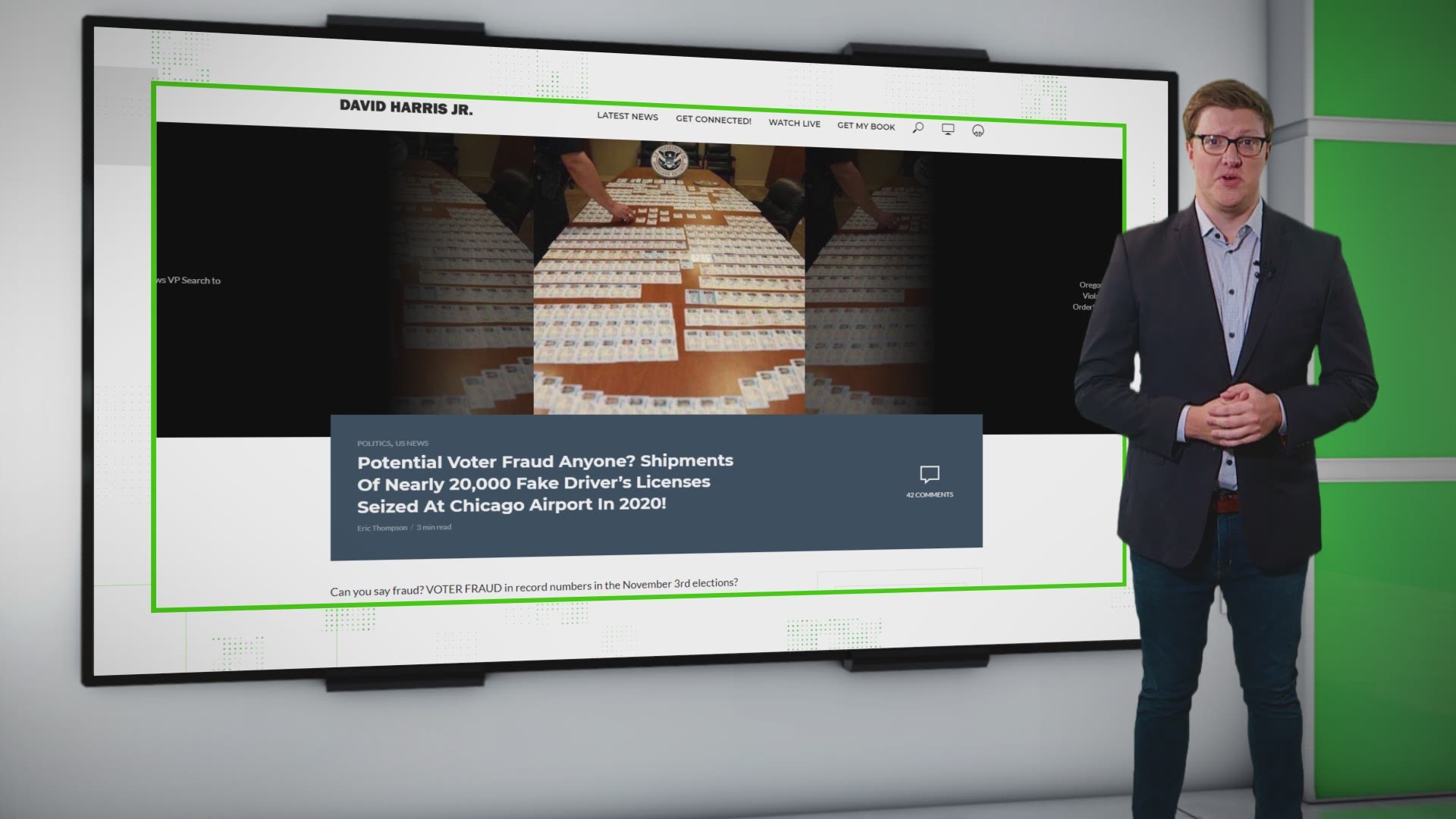 A viral article titled “Potential Voter Fraud Anyone? Shipments Of Nearly 20,000 Fake Driver’s Licenses Seized At Chicago Airport In 2020!” ties a real story to voter fraud without providing any evidence of a connection. It shows thousands of fake driver’s licenses that were seized at a Chicago airport and suggests that they’re “an integral part of an election fraud operation.”

No. While tens of thousands of fake IDs were seized at Chicago O’Hare International Airport since the start of the year, the only place linking them to a voter fraud operation is the article in question.

Neither Customs and Border Protection, which seized the documents, nor any other government agency has linked the counterfeit items to any sort of election fraud.

There is a nugget of truth in this story. Customs and Border Protection confirmed that it has stopped 19,888 fake driver’s licenses at O’Hare since the start of 2020.

The CPB explained that the IDs were mostly “for college-age students, and other licenses would share the same picture but have different biographical data.”

There’s no mention whatsoever of election or voter fraud potential here and there’s a big reason why: Fake driver’s licenses wouldn’t be enough to let you vote.

The National Conference of State Legislators explains that in every state other than North Dakota, you have to register before you can actually vote. Registration requires a valid driver’s license and typically the last four digits of a real social security number. While fake licenses may be good enough to fool a bouncer or even simple electronic systems, they aren’t real and don’t have real voter information on them.

To actually be registered as a voter, your ID has to match the records that the election office has on you.

RELATED: VERIFY: The Hatch Act doesn’t apply to the president