VERIFY: Did DC 'Defund the Police?'

DC Council claimed millions in budget cuts for 2021. But the numbers show the impact to policing may not be much. 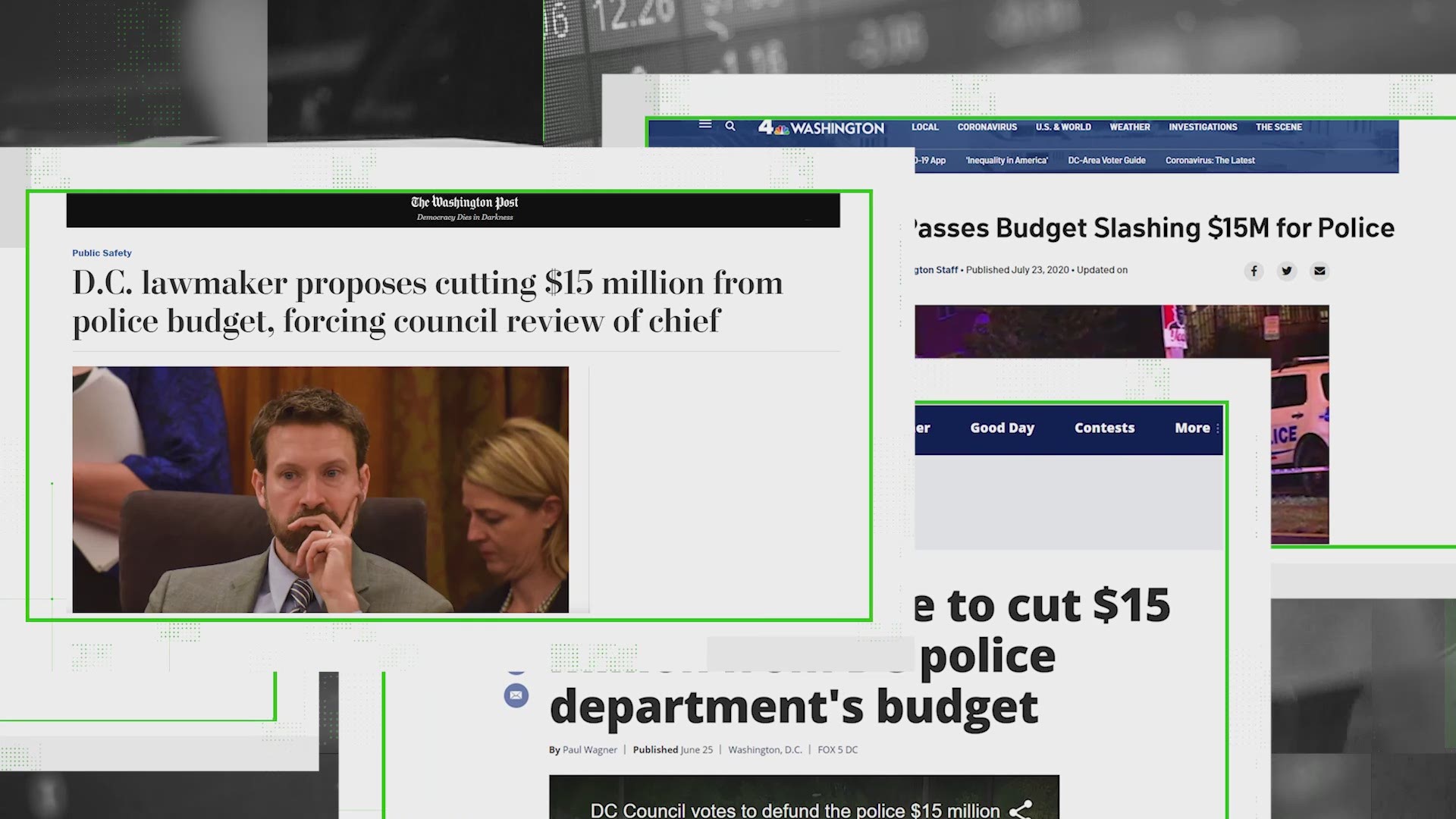 WASHINGTON — Nationwide calls to “Defund the Police” shined a spotlight on police budgets across the country, including here in Washington, D.C. In June 2020, local news headlines from multiple outlets in the District proclaimed that the DC Council was “cutting $15 million from DC Police budget.”

That news was met with cheers from local demonstrators protesting the killing of George Floyd in Minneapolis and police injustice as a whole.

“So when we say 'Defund the Police' it’s to refund the things that would keep these kids safe, keep these communities safe,” one protester said in an interview with WUSA9.

But even as that man and others celebrated the defunding of DC Police, a tweet from Black Lives Matter DC claimed the city was actually increasing the budget for DC Police.

The WUSA9 Verify team sorts out social media fact from fiction, so let's verify what really happened to DC Police budgets this year.

Did DC Police really get its budget cut by millions of dollars this year? 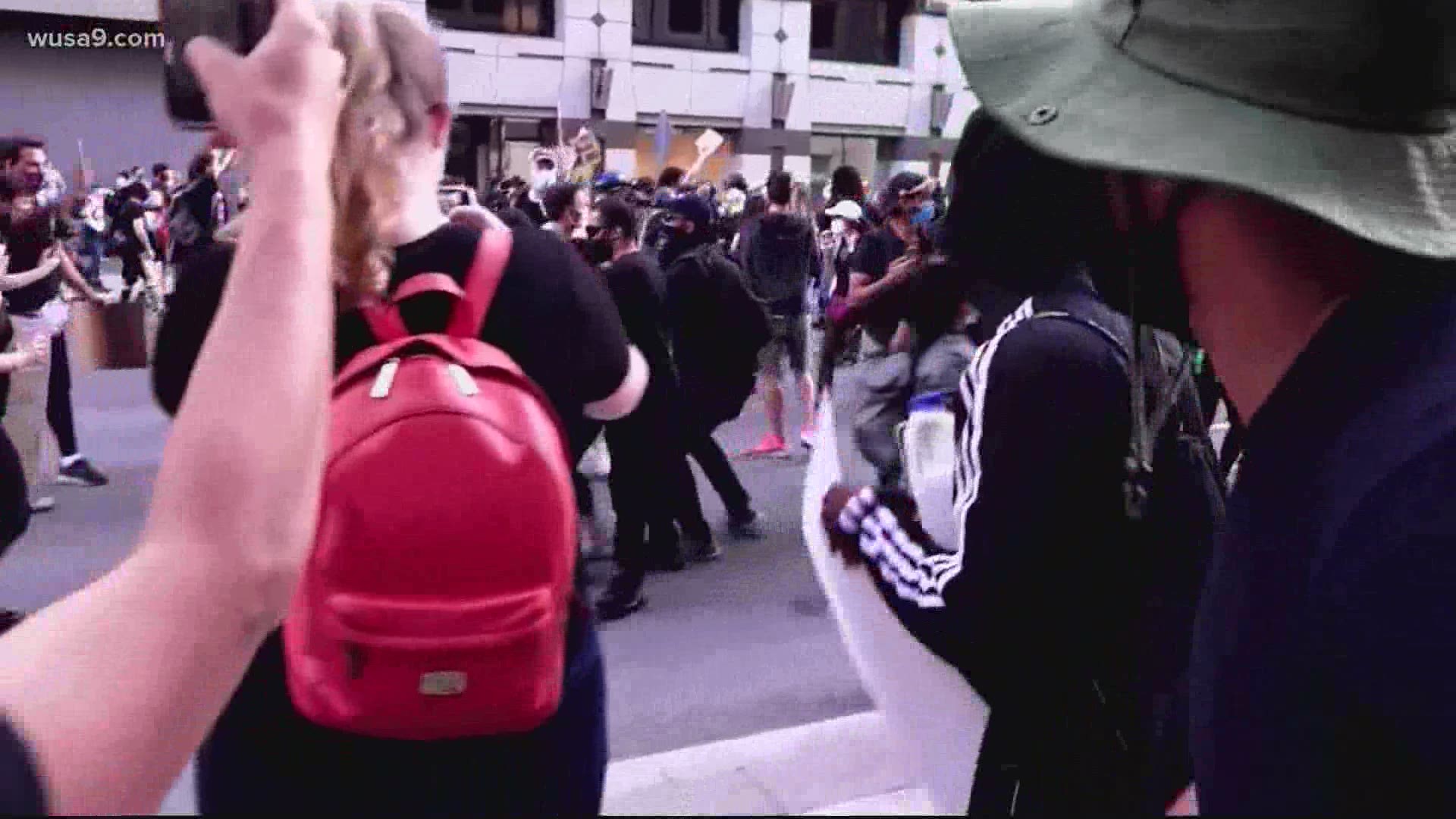 So yes, that operating budget is almost $10 million less than Bowser proposed for DC Police. If you add in proposed cuts to MPD’s capital budget, the overall proposed budget approved by the Committee on the Judiciary and Public Safety cut roughly $15 million from Mayor Bowser's proposed police budget for the upcoming year.

But when you break it down dollar for dollar, the $568 million operating budget recommended by that oversight committee was actually more than MPD’s approved operating budget the previous year, which was $559 million.

So did DC Police's budget actually go up? Not really.

When DC Police’s budget went to a final vote in front of the full DC Council, the council ended up shifting management of a $23 million school security contract from DC Police to DC Public Schools. That shift did in fact leave MPD’s final approved budget number less than the year before, at $545 million.

So, we can Verify that yes, MPD’s budget has been cut by millions in 2020. By exactly how much and what the impact cuts will have is still unclear. 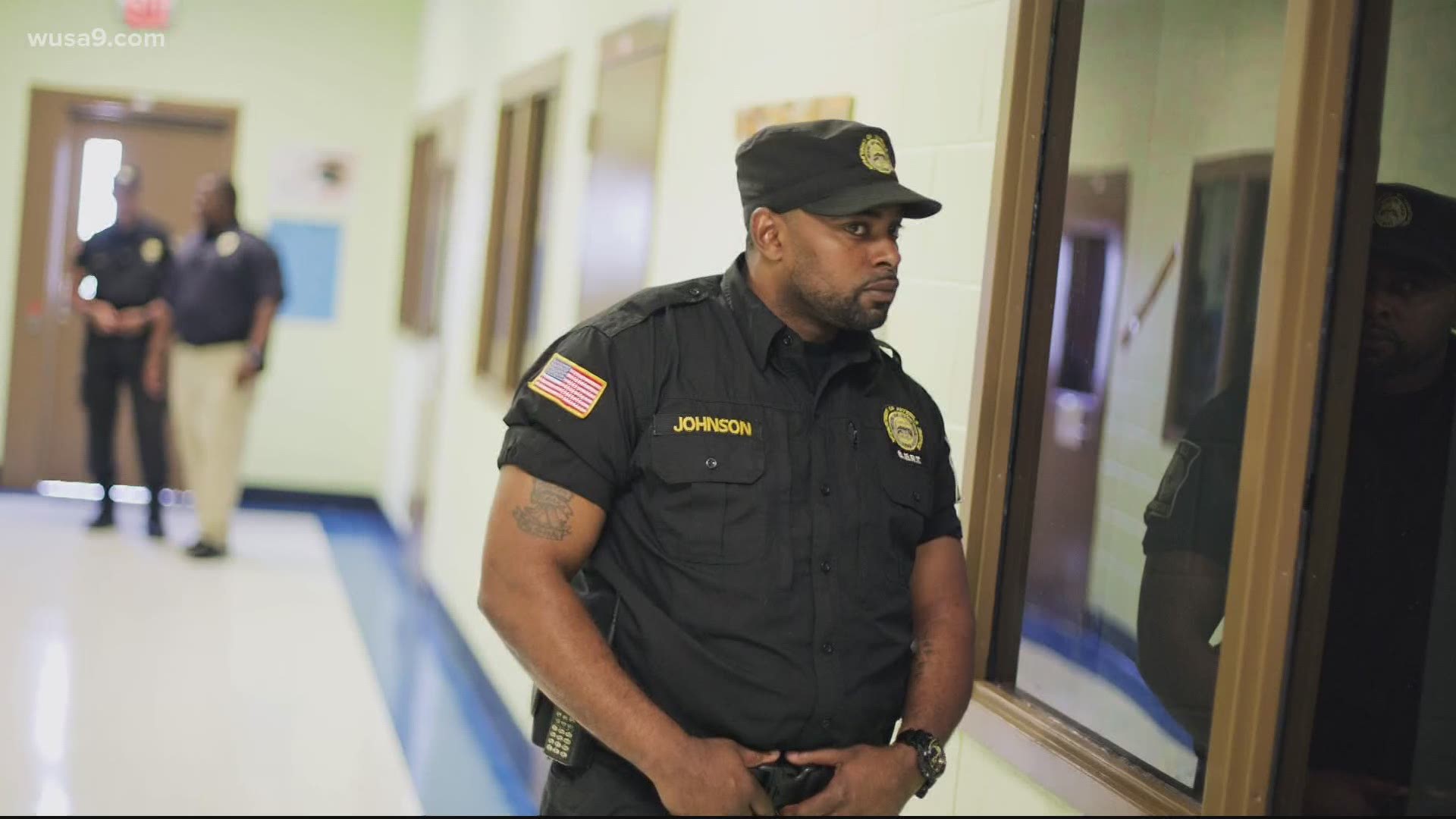 Pretty much all of the school security money DC Council took away from MPD goes to third-party security providers, whether it's funneled through DC Police or the public school system. There isn’t much of an impact to police operations by losing that money.

Last year, MPD ended up going roughly $41 million over its approved operating budget, which are the budgets people are comparing right now. What that means is MPD’s final budget number this year, and how much money they spent compared to last year, won’t be known for some time.

Still, DC Police and Mayor Bowser have criticized the DC Council for not giving the police department enough funding for 2021.

“It was their intent to reduce the ranks of MPD,” Bowser said in a press conference over the summer. “They did not, however, reduce the work of MPD. It may be that we need to come back to the council and tell them to fix it.”

It’s ultimately up to DC Police Chief Peter Newsham how the department will divvy up the funding they did get from DC Council. But WUSA9 learned he won’t be taking any money out of his office.

MPD’s final budget as submitted to Congress shows the Office of the Chief of Police will actually see an increase in funding of about $1.7 million, while other bureaus, like investigative services, will be cut by more than $12 million.

DC Police did not respond to questions from WUSA9 about what that extra $1.7 million in Newsham's office is being used for.

As for the millions the DC Council stripped from Bowser’s proposed MPD operating budget, the money is being shifted to other city agencies supporting neighborhood safety engagement, victim services, justice grants and eviction assistance.

Finally, there's some important context to keep in mind. The millions of dollars DC Council shifted away from DC Police represents less than 2% of MPD’s overall budget. 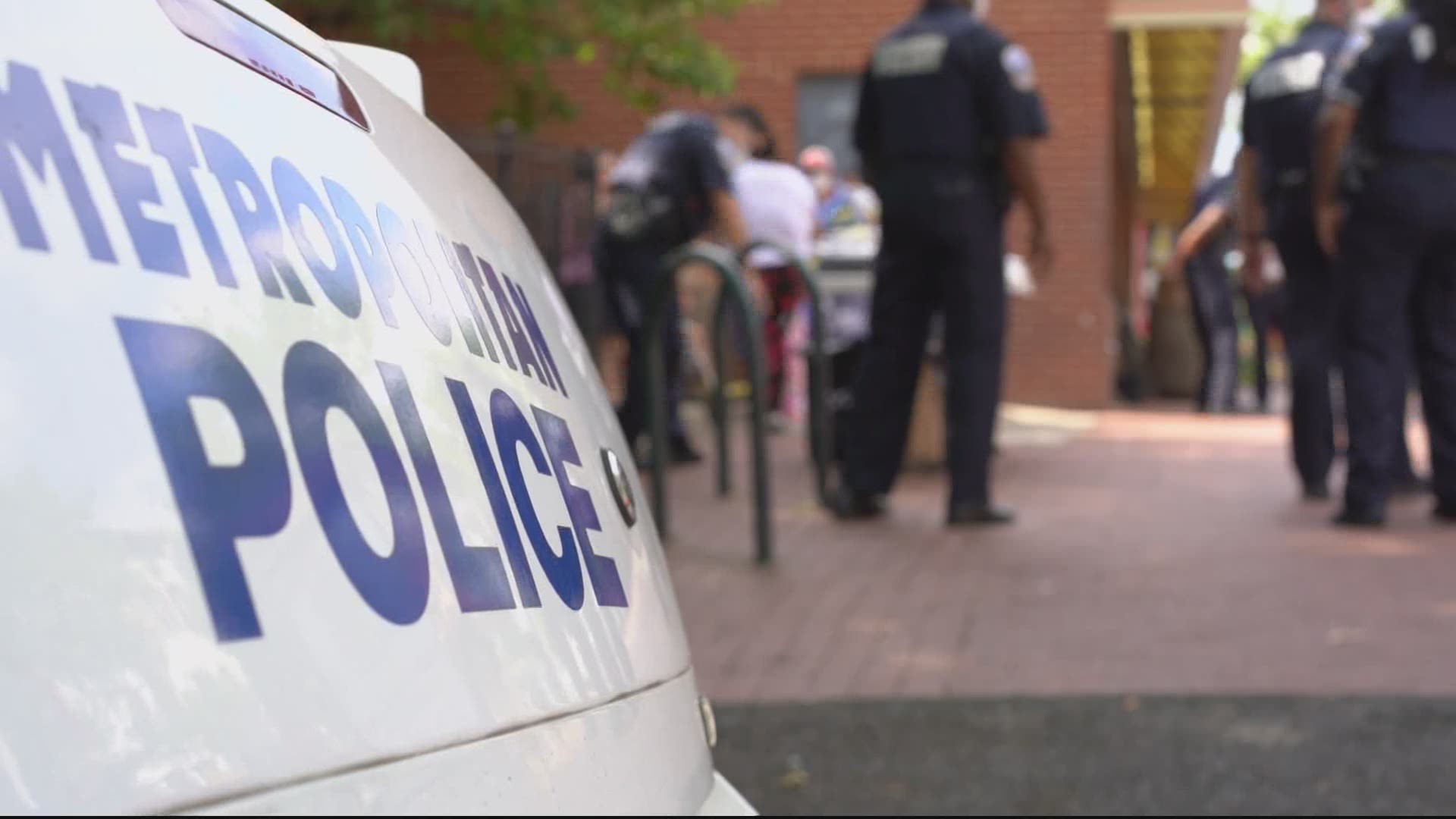