Reports of dead or stumbling birds with crusty, swollen eyes, are pouring into wildlife agencies in D.C., Maryland and Virginia. No one knows what's causing it. 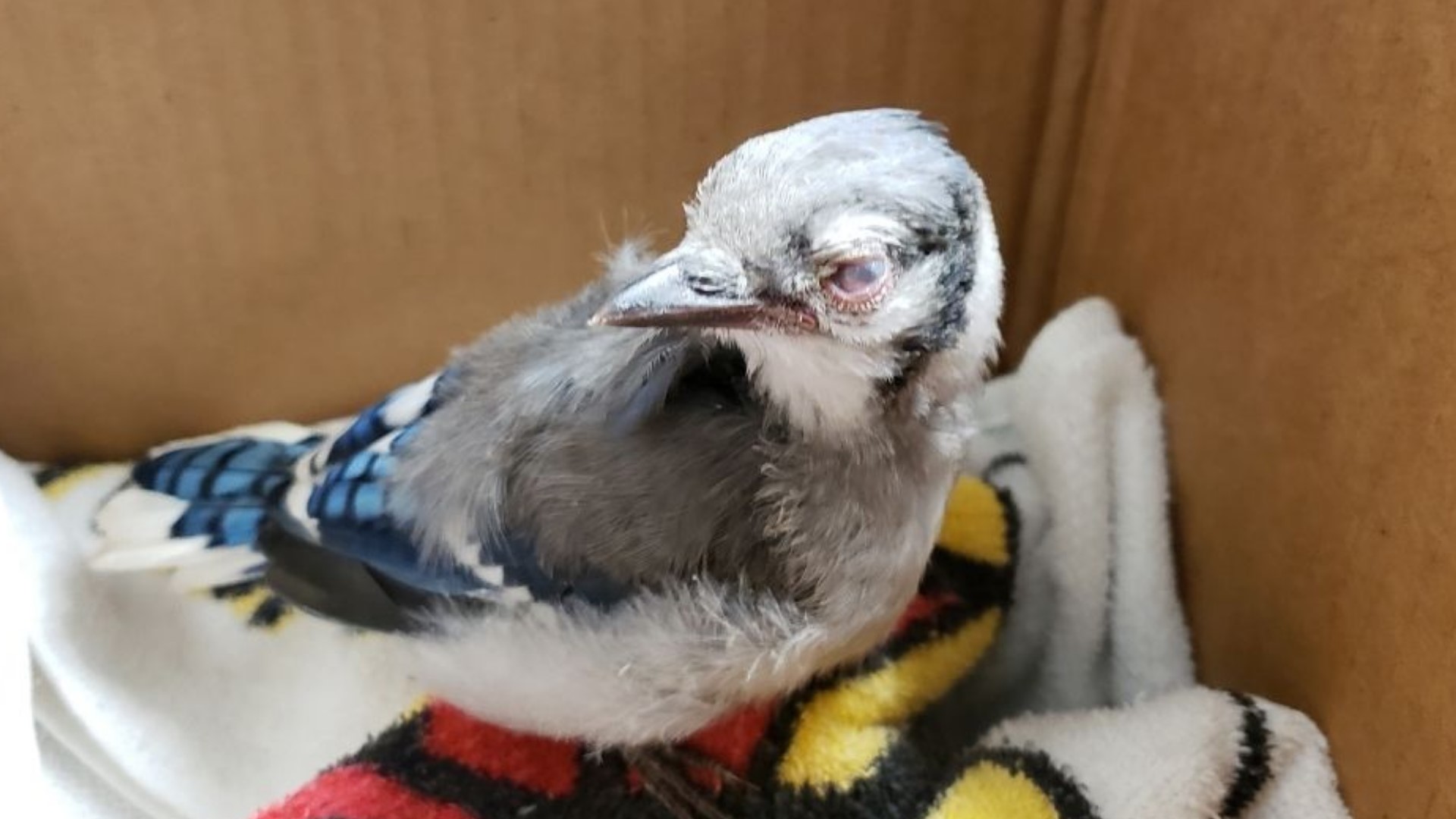 WASHINGTON — A porch, a cup of coffee, a newspaper and a feeder full of birds: it's one of the few reliable experiences that got us through the pandemic of 2020.

But as people flock back to bistros and concerts, birds in the DMV are encountering their own epidemic.

In June, wildlife organizations advised the public to take down their bird feeders and dry out their birdbaths to contain a potential contagion killing and infecting baby birds. Their announcements described birds dropping dead, or found stumbling with crusty, swollen eyes and signs of neurological issues.

Weeks passed without any conclusions as to what is making these chicks sick. That's when viewer Ralph from Gaithersburg contacted the Verify team.

Should you put your birdfeeders back up?

Wildlife officials in D.C., Maryland and Virginia all say no; keep your bird feeders down for now.

Right around late April, early May, Meagan Thomas said she remembers getting calls about sick and dead birds.

"Really swollen or crusty eyes, lots of discharge," Thomas, a watchable wildlife biologist, said. "In a lot of cases, there was also some sort of evidence of neurological problems...some equilibrium issues or they were just kind of circling in place."

The species at risk are Starlings, Blue Jays, the Common Grackle, and Robins, and the illness has been noted in fledglings, or young birds.

While the Virginia Department of Wildlife Resources has received over 1,400 reports of dead or sick birds, Thomas says that around 400-500 birds displayed these specific symptoms.

Most of the reports came from northern Virginia, including hot spots in Arlington, Fairfax, Alexandria and Loudoun County.

Without a precise cause, wildlife officials don't have a precise name for it. For now, authorities are calling it a "mortality event."

Over in the District, there's a similar predicament.

"It kind of started as the District area being the epicenter for what we're calling a 'bird mortality event' for right now," Dan Rauch, fisheries and wildlife biologist at D.C.'s Department of Energy and Environment, said.

It wasn't long before local and federal agencies, like the U.S. Geological Survey, joined forces with university laboratories.

So far, according to the USGS, those labs have been able to rule out a number of pathogens as the cause including Salmonella and Chlamydia (bacterial pathogens); avian influenza virus; West Nile virus and other flaviviruses; Newcastle disease virus and other paramyxoviruses; herpesviruses and poxviruses; and Trichomonas parasites.

Bob Mulvihill, an ornithologist at the National Aviary in Pittsburgh says he hasn't seen the phenomena up close. Still, he said, "I get hundreds of phone calls and emails on this subject every day."

He explained that until the scientists make definitive conclusions, it's best to err on the side of caution.

"Keep your feeders down," Mulvihill said. "Wait until there is an announcement from one of the credible sources of information."

It's the same recommendation made by wildlife officials across the DMV. They also are asking the public to keep their birdbaths clean, using a 10% bleach solution (1 part bleach: 9 parts water).

To report a dead bird:

RELATED: VERIFY: Can this backyard plant be killing song birds?