Cyclists identified K Street as the preferred route for bike lanes to connect Northeast and Northwest D.C. and improve safety 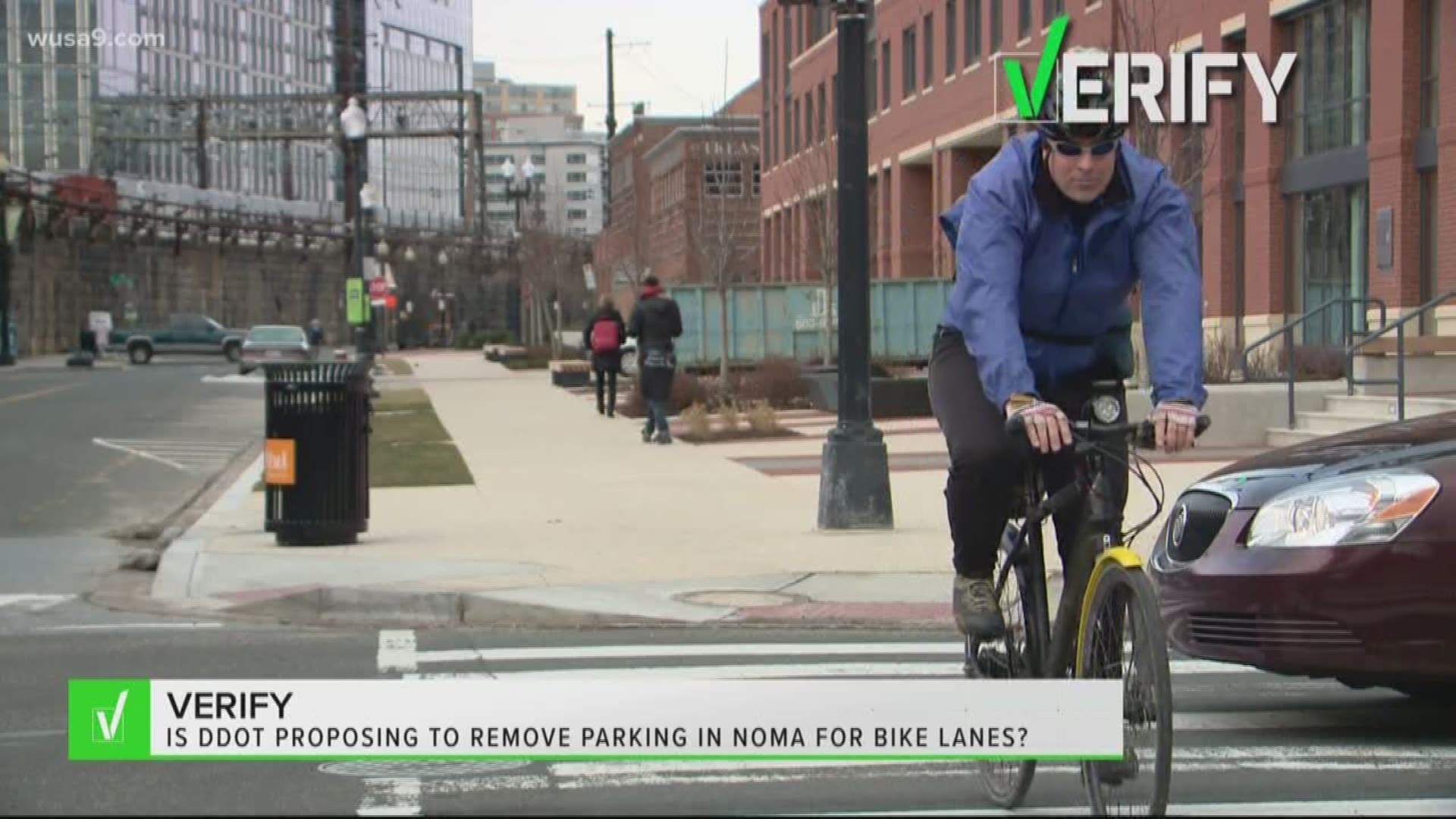 Is D.C. Department of Transportation proposing to cut parking along K street in NE D.C. for bike lanes?

Yes, but nothing is finalized yet, and Ward 6 residents still have time to comment on the plan.

The triangular neighborhood surrounding Union Station has a parking problem, and it could be getting worse.

NoMa is virtually one giant intersection: just off of I-395 and home to Union Station, Gallaudet University and several large public schools.

Verify viewer Mozella Johnson reached out to our team to find out whether D.C. Department of Transportation (DDOT) was proposing to remove parking spots near her home, on K street from 2nd to 6th St. in Northeast D.C.

Out Verify researchers spoke to DDOT officials who confirmed they have a proposal in the works, but nothing's final.

It's even less safe for cyclists.

Between 2010-2015, 32 bicyclists or pedestrians were involved in a crash near the intersection of New York Avenue and 6th Street NW / K Street NW, according to a DDOT report published in 2018.

Nine bicyclists or pedestrians were involved in a crash near the intersection of K Street and North Capitol Street, the report said.

Advisory Neighborhood Commission 6C requested a corridor study of K Street in April 2016, to improve improve safety for both cars and bikers, creating a streamlined network bridging the District's halves.

DDOT's proposal would swap parking on the north side of K street for bike lanes from 1st Street to 6th Street, Northeast.

The south side would remain parking spots, and get rid of rush hour restrictions, according to a DDOT spokesperson.

It also would get rid of peak hour parking restrictions for the spots from 6th Street to 12th Street, Northeast.

Our team of researchers headed to NoMa to find out what commuters thought.

"We are the softest, easiest thing to whack out on the road," Mike Harbold, a cyclist, said. "So if we have a safe way to get to where we're going and the cars don't have to think about us, then it's actually safer for us and the cars."

Marcus Washington, who was headed to D.C.'s iconic Busboys and Poets, disagreed.

"It needs more parking," Washington said. "Busboys and Poets...it's a very important restaurant and landmark in D.C., so to be honest, there needs to be more parking."

The proposal is still in the drafting stages, after receiving and implementing feedback Ward 6 community members.

"DDOT is currently working with the ANC and community on ways to mitigate the impacts of the proposed parking loss," a DDOT spokesperson said in a statement. "DDOT continues to gather stakeholder comments and plans to update the community over the next several weeks."

So we can Verify, yes, DDOT is proposing to get rid of some parking on one side of the street between 1st and 6th SE to pave the way for bike lanes on K St.; however; nothing is finalized yet.