Senators and Representatives by virtue of their positions under the Constitution, are deemed trustworthy to see sensitive documents. They also swear an oath of secrecy each term. 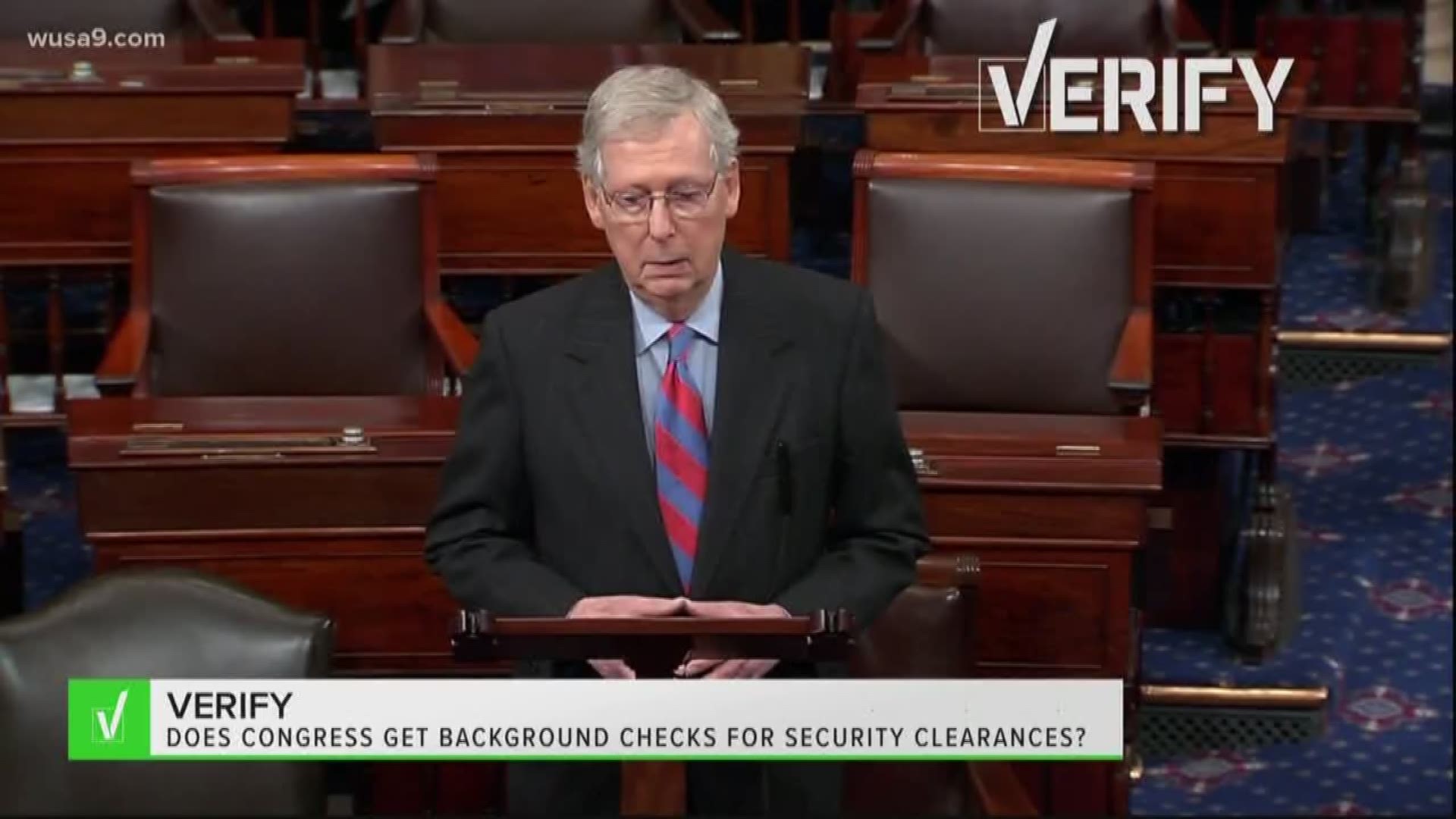 Does Congress go through security background checks or do they automatically get security clearances?

No, Congress members do not need security clearances to read classified information

The president is being accused of nepotism for allegedly getting his son-in-law top level clearance.

House Democrats are calling for a criminal investigation into how Jared Kushner got his security clearance, after bombshell reports last week indicate he may have asked his father by marriage for help.

Viewer Dale Davis from Shenandoah, Va.  asked us whether Congress has to go through background checks (like everyone else) to get their security clearances.

Turns out, they don't.

"Security clearances are not mandated for the president, vice president, members of Congress, Supreme Court justices, or other constitutional officers," a 2016 Congressional Research Service report says. "Further, 'by tradition and practice, United States officials who hold positions prescribed by the Constitution of the United States are deemed to meet the standards of trustworthiness for eligibility for access to classified information.'”

Several CRS reports related to Congress and clearance concur, federal lawmakers appointed by the people to uphold the Constitution, do not need to go through rigorous background checks to read sensitive intel.

CRS defended the need to keep Congress clearance-less, writing in 2011:

"This would mark a significant and unprecedented departure from the past. Members of Congress (as with the President and Vice President, Justices of the Supreme Court, or other federal court judges) have never been required to hold security clearances ... security clearance requirements would compromise the independence of the legislature if an executive branch agency conducted the background investigation, had access to the information it generated, or adjudicated the clearance."

It would create two classes of legislators: "those with or without clearance."

Our researchers cross-checked with the Central Intelligence Agency, who agree, a security clearance is superfluous.

"All members of Congress have access to intelligence by virtue of their elected positions," the CIA wrote in an explanation of how intelligence-sharing works. "They do not receive security clearance, per se."

The legislature must also take a secrecy oath once per term, swearing not to disclose classified intel.

So we can Verify, no, Congress doesn't go through background checks because they don't need security clearances.

Hill staffers working on intelligence committees, however, do need clearance and are given top priority in the queue.