VERIFY: Is there a policy against walking dogs on Howard University?

A PoPville blog post has readers buzzing: Can you walk your pup on private grounds? 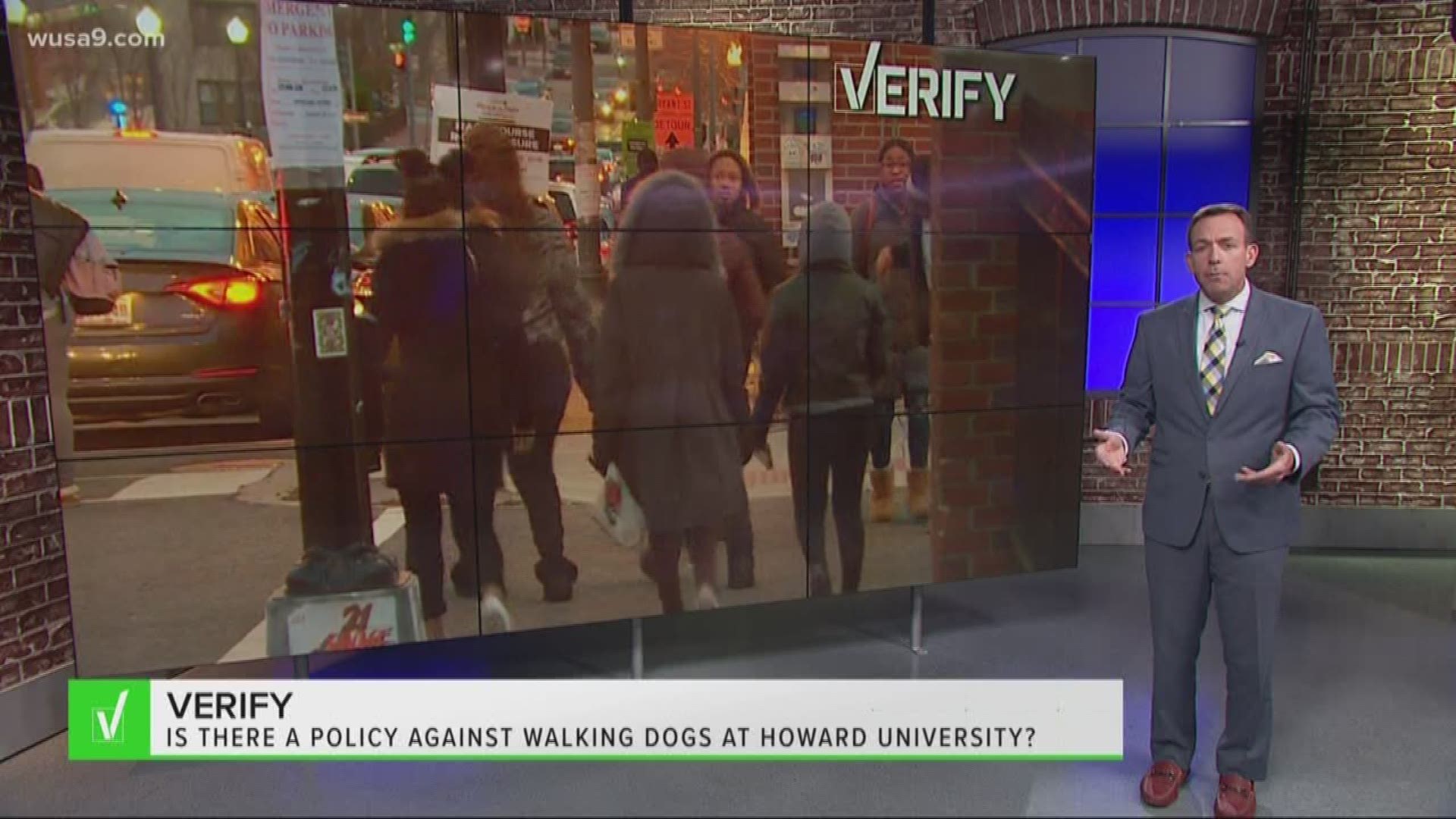 Is there a policy against walking dogs on Howard University?

An anonymous blog post on PoPville, a D.C.-centric site, is blowing up over a dog-walking dispute.

The anonymous author said they were walking their pup on the Howard University campus when a group of students told them to leave since dog walking is banned, per campus policy.

"One girl yelled, 'This a closed campus, I’m going to call the cops on you,'" the author said to PoPville. "The students continued to scream at us and follow us for around five minutes ... Honestly I’m a little shaken by the experience. Definitely don’t want to violate policy if it exists, but I’ve never seen a sign or had any issues before.”

With over 200 comments on the post, our Verify researches got to digging: Does Howard University have such a policy?

"Howard does not have a policy prohibiting dogs on campus," a Howard spokesperson said. "We are a private campus with public access areas."

Several spaces go through city parking metered blocks and the campus often hosts public activities, but they do have some traditionally private areas like The Yard.

So what about other universities?

"Most of our campus consists of public D.C. sidewalks," Maralee Csellar, a George Washington spokesperson, said. "There is no policy against walking dogs on campus. We have several faculty and staff who live in apartments in our residence halls who have dogs who live with them. Some students actually volunteer to help walk the in-residence dogs on behalf of the faculty/staff owner."

The same thing goes for American University, however, they do say your dog has to be leashed and if it starts to growl, scratch or bite, you have to remove it from school grounds.

There's no ban at the University of Maryland, either.

So we can Verify, no, neither Howard University or any of the schools we contacted in the DMV prohibit you from walking your pup around campus.