"These kids need this, a lot of these kids don't have nowhere else they can go." 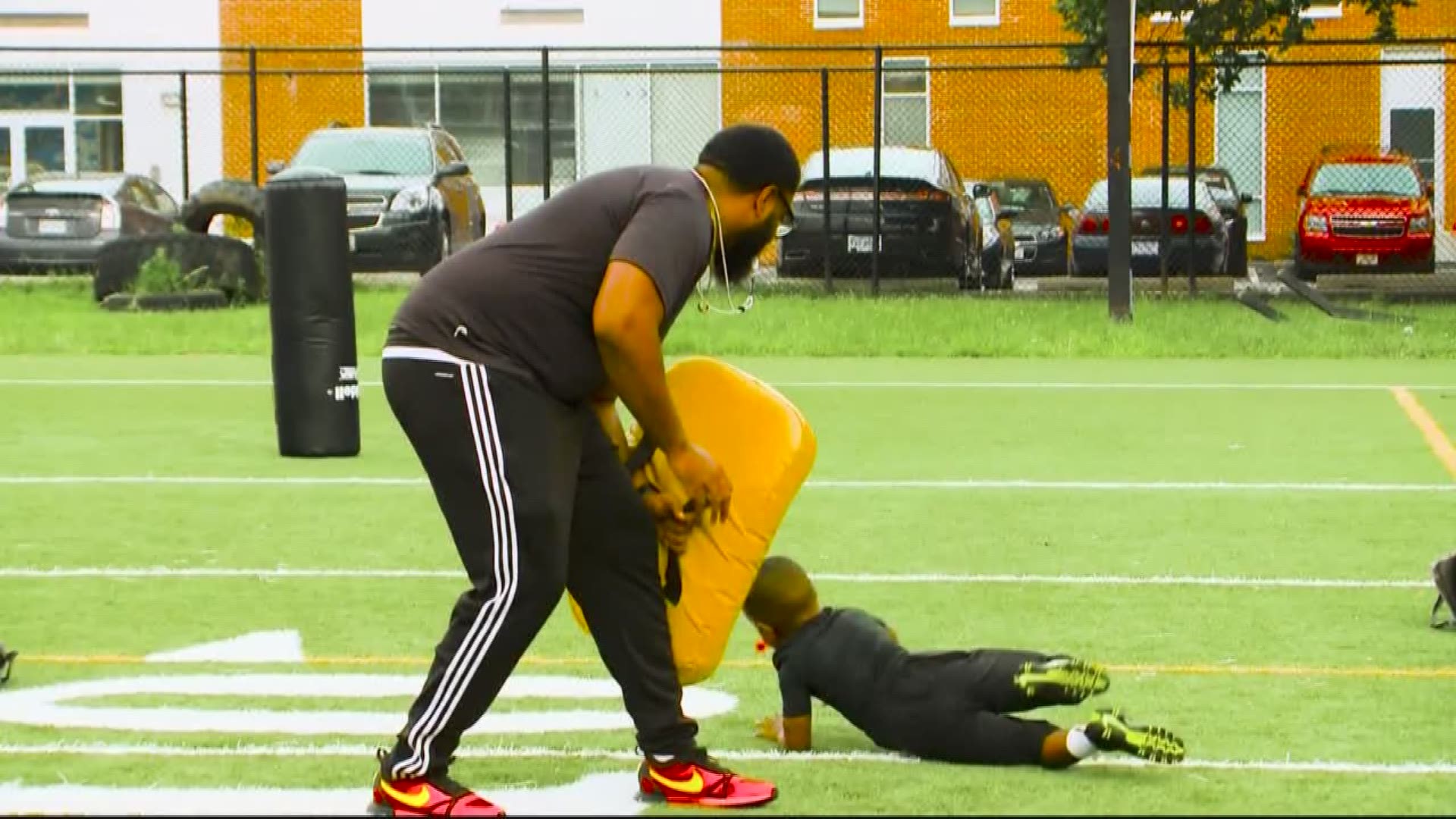 UPDATE: The Mighty Mites have been invited to play in the National Youth Football Tournament next week in Canton, Ohio – but they don’t have the funds. They need $8,000 to reach their goal. Their GoFundMe is here.

ORIGINAL STORY: Several times a week, under bright lights and oppressive heat – young athletes are taught to push boundaries and reach the end zones to score in the game of life.

The Rosedale Tigers of Northeast Washington, D.C. are a force on the football field.

They carry a ball to test their speed, run through drills to uphold their will and suit up in shoulder pads to showcase their determination to succeed against all sorts of odds - geography, economic insecurity and family instability.

Their coach knows about the pitfalls and potential for greatness. He reached out to WUSA9 with a unique problem for Rosedale’s upcoming season.

“We’re pretty good. We’ve only lost 6 games, since I’ve been coaching,” said Rosedale Tigers Head Coach, Chris Alston. “It’s more than a game. It’s a brotherhood. Teaching those kids on and off the field how to be responsible, how to be respectful.”

“Football is like the only thing I got,” remarks Dontrell. At age 12, he’s been playing for more than half his life.

Coach Chris wants even more for his guys. So he moved his mighty Tigers to a new league with new opportunities. There’s just one little problem. They don’t have any equipment. Without helmets and pads, the team can’t play.

“Why is it so important for you to be out here coaching these kids, Chris?”asks WUSA9 Anchor and Impact Correspondent Lesli Foster.

“To keep the kids out of the streets and keep them out of trouble,” Alston said.

He knows, more than most, about the dangers lurking all around them.

“I got shot when I was 16, that’s why I’m in this wheelchair right now. Doing something I wasn’t supposed to do. Lied to my Mom. Told her I was going somewhere and I went the opposite place,” Alston explained. “Then I got into a little situation and got shot.”

But Alston believes everything happens for a reason. And, says that twist of fate brought him to coaching.

“I coach 12 year olds, so they are less than four years from when I got shot. And I’m trying to keep them from going down that same path.”

When the coach reached out to WUSA9, we knew our Impact team had to spring into action and find someone in the community to help us make this happen.

That someone is Malik Jarrett.

Jarrett once played against the Rosedale Tigers. Now, this 25-year-old entrepreneur owns his own clothing company in D.C. He sees himself in the players we asked him to support.

“Football taught me a lot. It instilled in me a lot of values and one of the most important ones is looking out for the next man, which is your teammate on the field,” said Jarrett.

“I carry that into life with everything I do. And, I was provided that privilege, so it’s only right for me to provide other children with that privilege if I can do it for them.”

Before we found Malik, we reached out to a company called Xenith Sports for help. The Detroit-based company decided to help the Rosedale Tigers reclaim their season.

“It was something Xenith wanted to be a part of right away,” said Collins Wetzel from Xenith.

After weeks of planning, it was finally time for the surprise.

We asked the Coach Chris to bring his teams over to a large truck. But the kids had no idea what was in store. Until we asked them to countdown with us …”3…2…1…”

And, seconds later, Malik and Collins lifted the back of the truck to reveal 100 helmets and shoulder pads plus extra swag for some eager players!

Xenith discounted the price on 100 helmets and shoulder pads. The equipment will last ten years and hundred of kids will get to wear it.

“It means a lot and I just want to say thank you,” said one player.

And, all of them summed up what one player told us: “I really appreciate it.”

Parents expressed surprise and gratitude, too. They were truly overwhelmed by the generosity.

“These kids need this, a lot of these kids don’t have nowhere else they can go.”

This gift of kindness will live on through hundreds of children who will wear the gear – and carry out the plays for the next decade. In that way, generations may be touched by this touching gesture and the players tell us they are moved to pay this forward, someday.

“It’s a great day for the kids,” said Coach Chris. “That’s the only thing that matters. To show the kids that at the end of the day, someone really does care.”