DOE: 'Americans should set their thermostats to whatever temperature they choose'

Last week, a 2009 government report with thermostat guidelines during the summer resurfaced - saying you should leave it at 78 degrees. 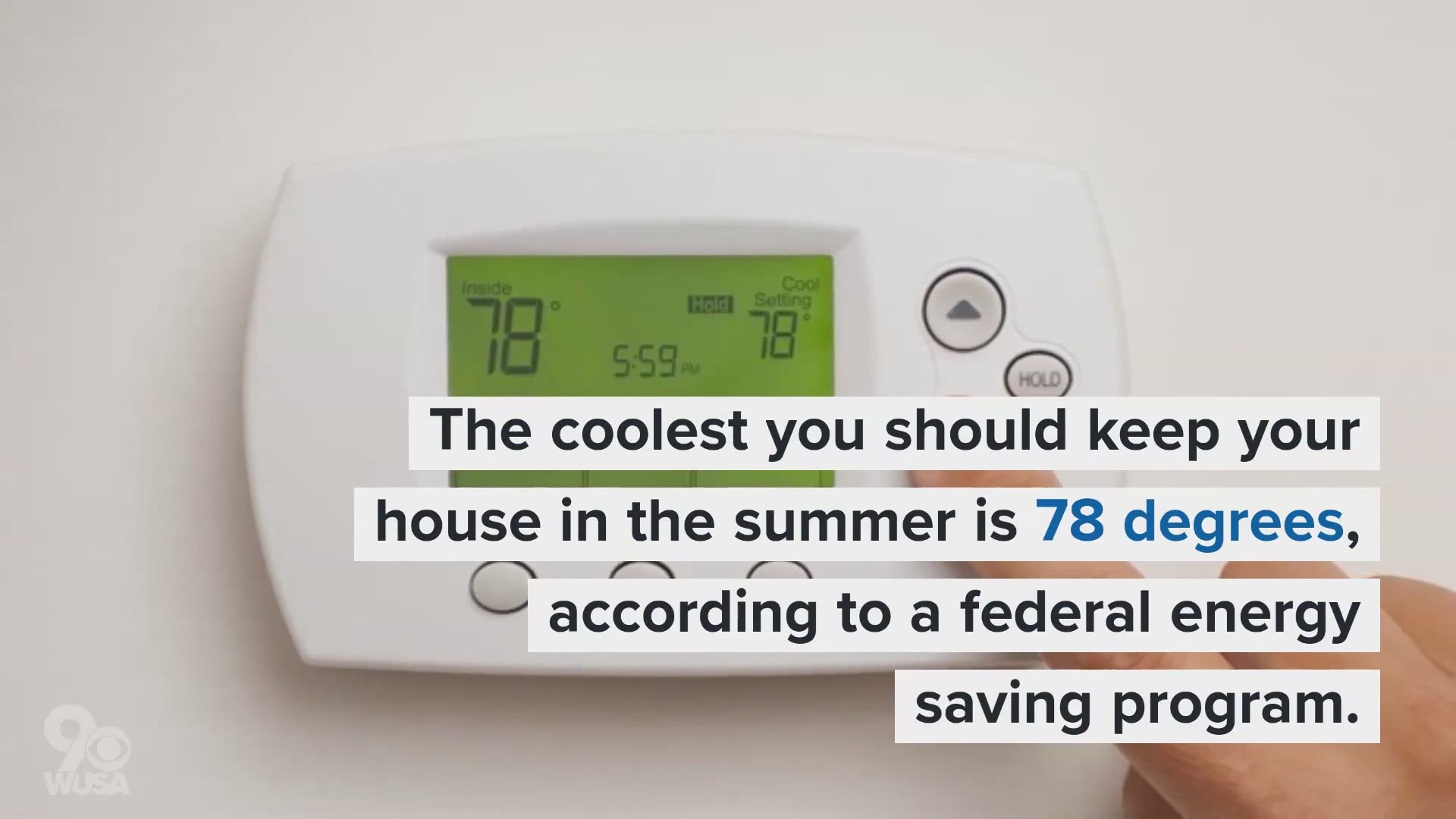 WASHINGTON — The official federal government recommendation for keeping your house cool in the summer is to keep your air conditioning set at 78 degrees.

The recommendation - made as part of Energy Star, a federal program run by the Environmental Protection Agency and Department of Energy that is aimed at helping consumers make energy efficient decisions - is in the news after being referenced in a Consumer Reports story earlier this month.

When you're at work or away, the program recommends setting it at 85 degrees. When you're sleeping, the government suggests you set the thermostat at 82 degrees.

Credit: TEGNA
Dept. of Energy recommendations for your thermostat in the summer.

"In 2009, EPA produced and published an Energy Star report which included suggested thermostat temperature adjustments to achieve greater energy efficiency and cost savings," a spokesperson from the DOE said in a statement. "It is the position of DOE that Americans should set their thermostats to whatever temperature they choose. The 2009 EPA Energy Star report should simply be used as a resource for people seeking to achieve greater energy savings in their homes, should they choose to do so."

The Department of Energy released an infographic about air conditioning in the U.S. Apparently, two thirds of U.S. homes have air conditioning, and annually, it costs American homeowners around $11 billion to power those units.

Officials said using high-efficiency air conditioning units and taking other energy saving actions can reduce your energy use from between 20 to 50 percent.

Some other recommendations for reducing your summer energy bill from Energy.gov

For comparison, last year we hit 90 degrees a total of 42 times.

This story has been updated with the response from the Department of Energy, sent on Aug. 22, and to update the number of 90 degree temperatures in D.C. so far in 2019.