It's a night to remember for most high school students, but this young woman made her prom celebration about remembering others. 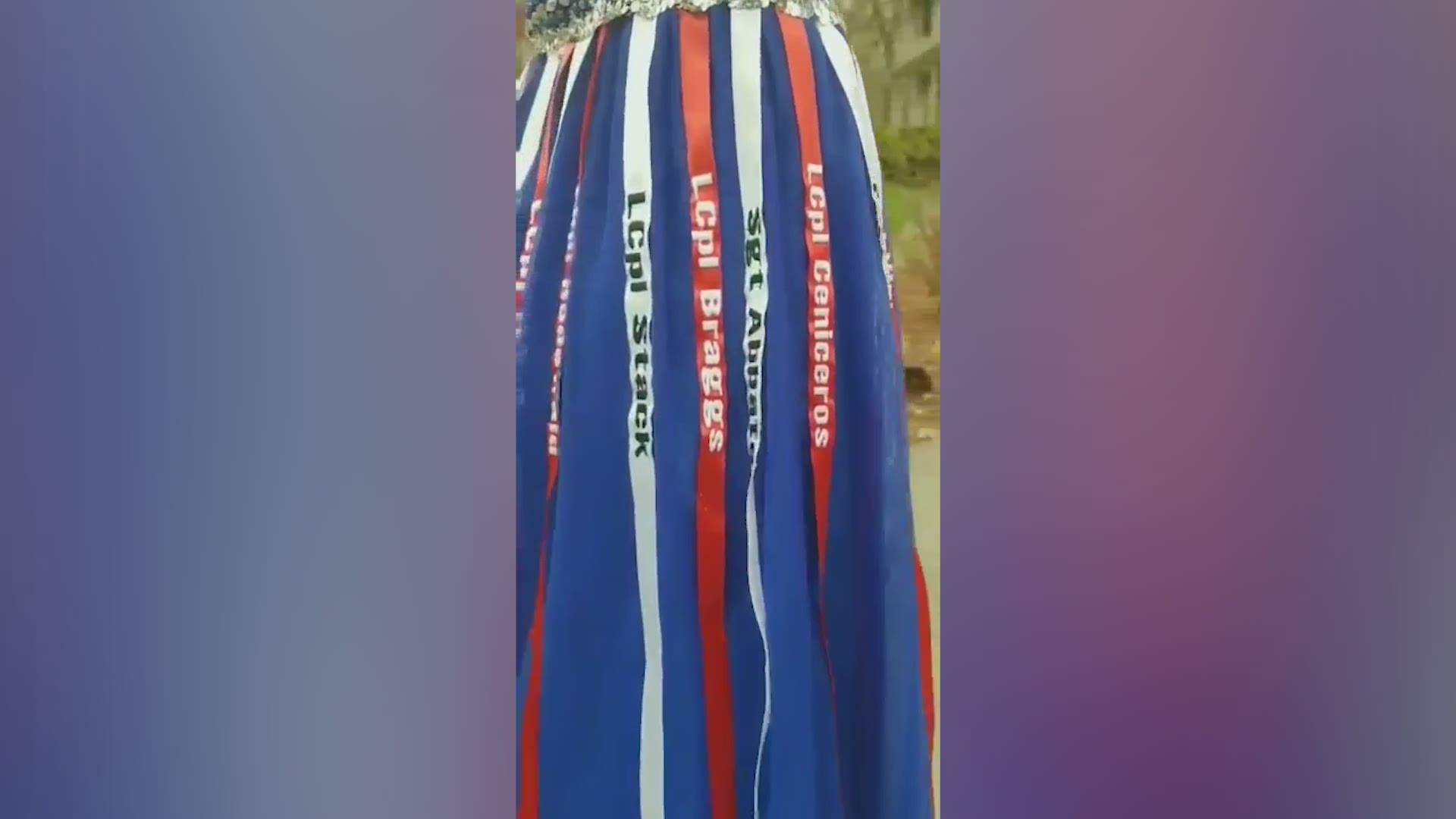 It's a night to remember for most high school students, but this young woman made her prom celebration about remembering others.

Aubrey Headon, a senior at Rochelle Township High School, has been searching for a prom dress for two years.

But even after she finally found it, she knew it wasn't quite perfect.

"She found the dress and it took three weeks to make ribbons and attach them," said Cass, Aubrey's mother.

Cascading from the waistline into the folds of the dress' royally blue skirt, the red and white ribbons each have a name of the fallen members of the 3rd Battalion, 5th Marines, also known as "Darkhorse."

The battalion was enlisted from 2010 to 2011 in Sangin, Afghanistan. During their deployment, the Marine Corps unit suffered the highest casualty rate of any unit during the past 10 years of war.

Aubrey has a strong passion for the armed forces, in part due to her grandfather's service as a marine.

Aubrey learned about Darkhorse when she met Gretchen Catherwood, the mother of fallen Marine Alec Catherwood.

"Aubrey has been an important part of our lives for five years. She honors our son and his brothers every chance she gets," Catherwood said. "She is a very special young lady."

Aubrey was deeply touched by Alec and his fellow fallen heroes' sacrifice.

According to Catherwood, she continually helps raise money for their non-profit Darkhorse Lodge.

So, it was no surprise Aubrey decided to pay tribute to her heroes on one of the most important nights of her life thus far.

"I wanted to wear this tribute dress [to] my senior prom so the memories of the guys who fell in Afghanistan for our right to live how we do and do what we do every day is carried on," Aubrey told Yahoo Lifestyle. "I don't want them to fade into nothing."

Since posting photos of her prom night, Aubrey's tribute dress has been applauded by thousands - including her veteran grandfather.

To Aubrey, it's all about honoring those who made the ultimate sacrifice.

Aubrey's prom dress is the first of many ways she hopes to honor our servicemen and women. In fall she will be attending Carroll University in Wisconsin. She hopes to become a physical therapist and work at Walter Reed Hospital with injured veterans.