Same-sex couple in Virginia paves the way for surrogacy 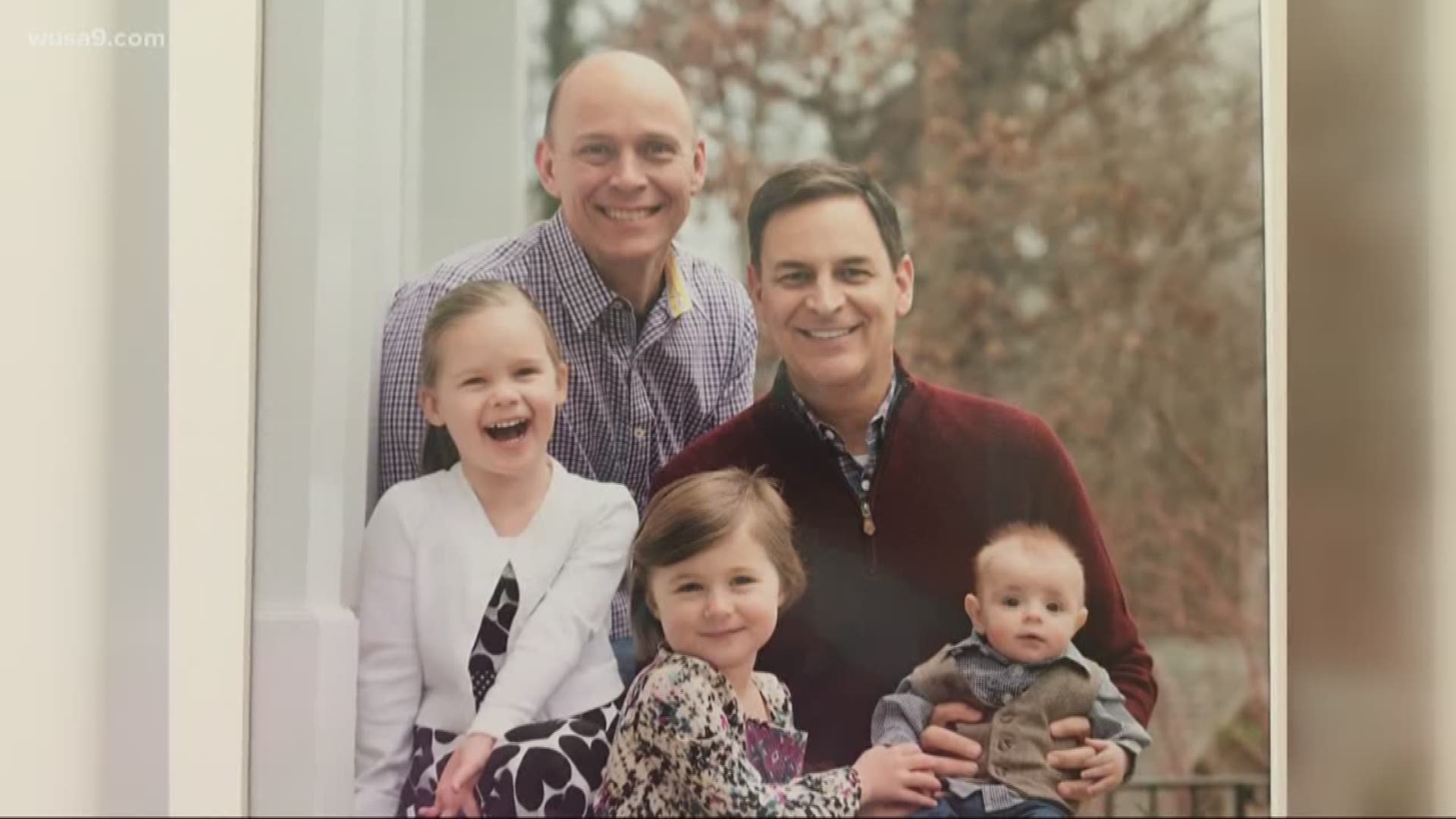 MCLEAN, Va. — A same-sex McLean couple who had to fight for the right to raise their youngest child, helped push through new legislation that will streamline the surrogacy process. Their goal is to help other families in Virginia.

Three-year-old Jacob is Jay Timmons' and Rick Olson's third child. All three of their children were born through surrogates. Their older two daughters are both biologically related to one of the dads (the kids call Rick "Daddy-O").

The couple, who married in 2008, did not plan for more children after they had the girls. Then a female friend who also used a surrogate offered her embryos because she and her spouse were not planning to have more children, but did not want the embryos destroyed.

"They came to us and said 'would you like to have these embryos and raise them as your own?' We jumped at the chance and are very happy Jacob was born because of that," said Olson.

But it turned into a huge legal fight in Wisconsin, where their surrogate lived. Olson says an activist judge who was biased against them denied them their legal parental rights with Jacob, because they weren't biologically related to him.

"He declared us human traffickers...He [also] took away the parental rights of the surrogate," said Olson.

They spent more than $100,000 to get it resolved. Olson says they decided to push for change "because of what happened to us, we didn't want anyone else to go through that."

Olson and Timmons took their kids to the General Assembly in Richmond and helped push through a bill to update Virginia's surrogacy law.  It replaced the words "husband and wife" with "spouse" making it easier to transfer embryos between different families.

The couple, who was married in 2008, are both Republicans. Jay Timmons is the President and CEO of the National Manufacturers Association and was former Gov. George Allen's chief of staff and worked on his 2000 Senate campaign. Their GOP connections helped get the Republican-controlled legislature to approve the bill.

"I think we opened things up so that they were more comfortable voting on issues relating to same sex marriage...This bill wasn't about about same-sex marriage, sure, partly, but it was really about pro-life measures to help make sure embryos, that might be frozen forever (Jacob had been frozen for 12 years before we were given his embryo to be transferred) or potentially destroyed. This is really about making it easier for embryos to be transferred to become living human babies," said Olson.

He says the measure would help stop what happened to them...making it clear that surrogacy is appropriate for any kind of family.

The Family Foundation opposed the measure fearing it "would encourage would-be parents to create new embryos for surrogates to carry rather than using existing supplies" according to Washington Post.