Reporter helps driver who wrecked Jeep in the snow

The driver slid into a curb, destroying her front tire and leaving her stuck in the middle of a busy road 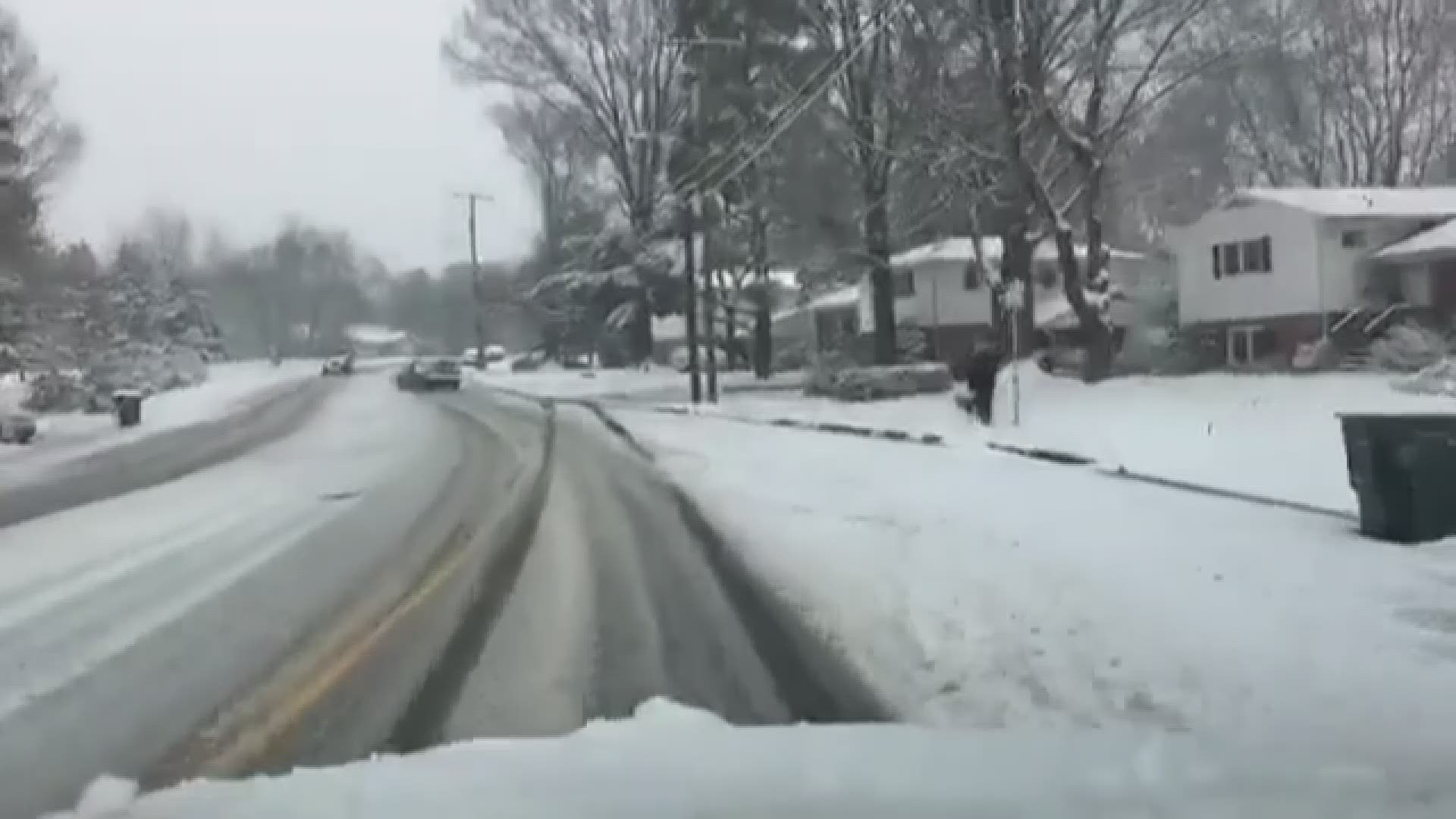 MCLEAN, Va. — Slick roads led to accidents all over the D.C. Metro area today.  WUSA9's Peggy Fox was driving behind a young woman who crashed her car on a busy street. The Jeep Patriot was sideways in the road, tire tracks showed it had slammed into the curb.

Peggy stopped to help. The young driver said her name was Katie. She was visibly upset and said her the front tire was flat and her car immobile. Peggy parked her vehicle behind the Jeep, turned on the hazard lights and took a look.

Her right front tire was not only flat, but angled sideways under the axle. Katie said she lost traction and skidded on the snow-covered road. "I started to turn and it just like, it didn't respond at all. And I wasn't going fast or anything," Katie said.

Peggy asked Katie to call 911 while she directed traffic around their vehicles so they would not get hit. The dispatcher told Katie to call a tow truck, so Peggy called 911 explaining how they were in a dangerous situation with a damaged car in the middle of the road.

A few minutes later, Fairfax County Police Officer K. Morgan showed up. "If you slip and you don't know how to recover your car is just going to fly and you're not going know how to do anything about it," said Ofc. Morgan. "Sliding, hitting a curb is probably going to take out whatever strikes that curb and that car's going to be disabled and not be able to move."

He offered some advice to all drivers: "Slow down is the biggest thing I can tell anybody. Be aware of your surroundings if there are other cars around you give them more space because you never know what that car in front of you is going to do."

Katie was too upset to talk more about what happened. Ofc. Morgan gave her ride and her Jeep Patriot was off to the repair shop. Thankfully, nobody got hurt, but some lessons were learned.

The police officer also stressed the importance of keeping a safe distance from traffic if you're vehicle winds up disabled in the middle of the road.