Senator Kamala Harris pledged the Alpha Kappa Alpha sorority in 1986 during her time at Howard University. 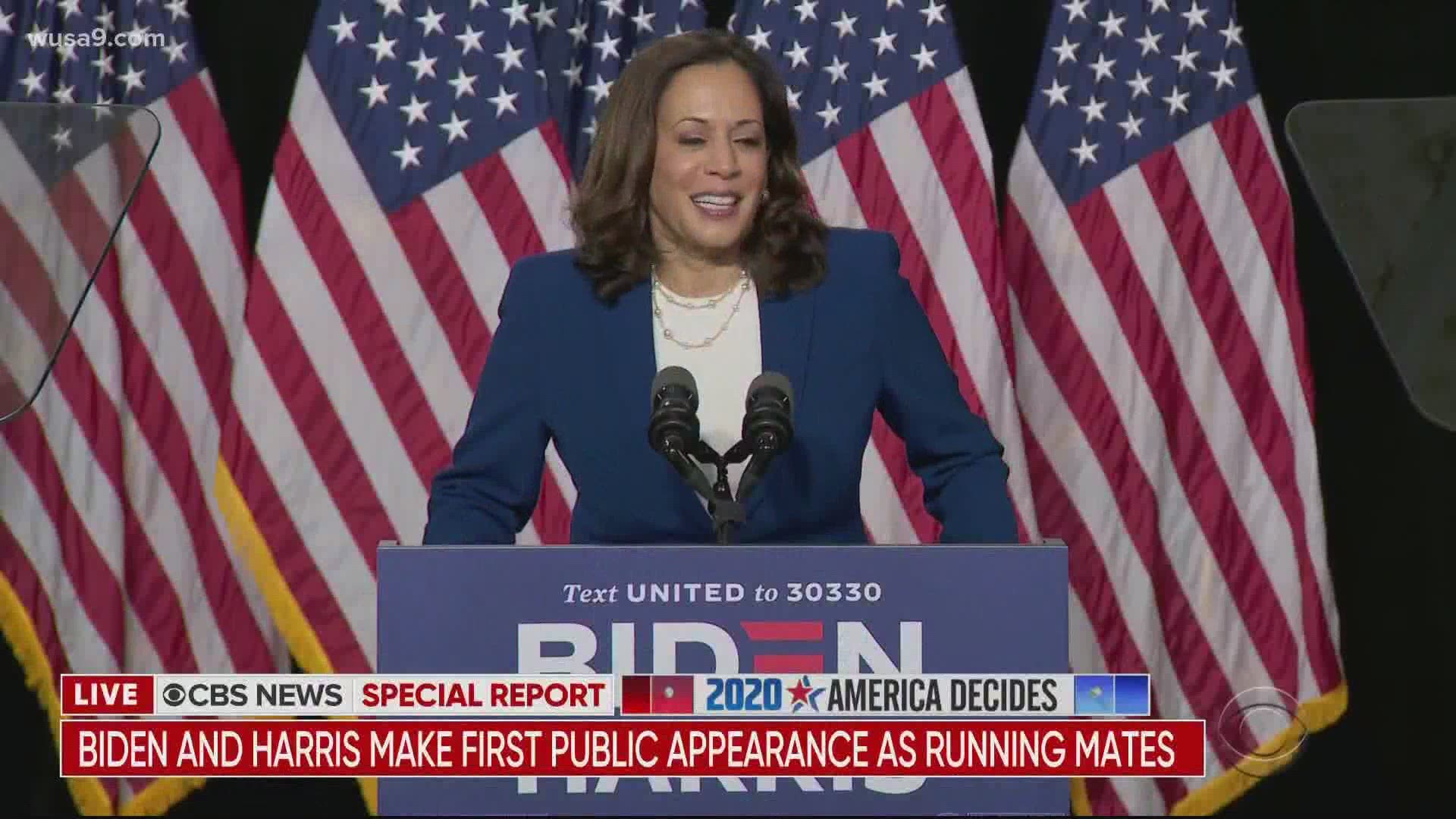 WASHINGTON — One of Senator Kamala Harris’ sorority sisters calls the California lawmaker an inspiration as she becomes the first woman of color to become a vice-presidential candidate.

Harris has deep ties to the Washington, D.C. area outside of her work on Capitol Hill.

She attended Howard University where she pledged Alpha Kappa Alpha, the first African-American Greek-letter sorority, in 1986.

RELATED: From DC college student to VP candidate: A look back at Sen. Kamala Harris' years at Howard University

Carla Mannings pledged the Alpha chapter at Howard with Harris. Mannings, who is now apart of the AKA’s Xi Omega graduate chapter in D.C., said she was thrilled to see her line sister be named Biden’s running mate. 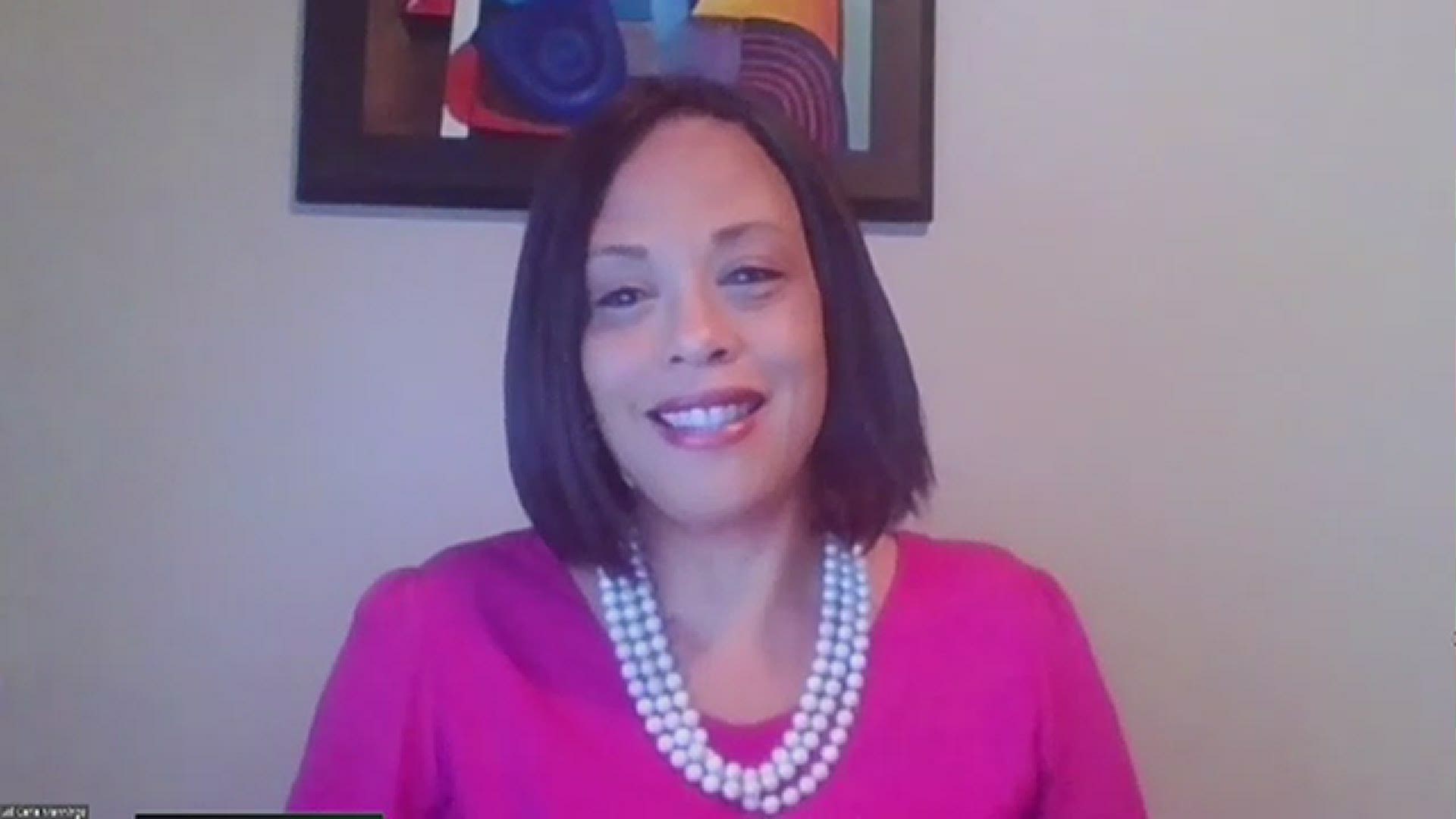 “Words cannot say how excited I am, and I continue to be excited about the possibility of the future and about what Kamala can offer to this country,” Mannings said.

She said she remembers Harris engaged in a lot of activities during her time at Howard.

“She also was very active in social justice on campus,” Mannings said. “For example, she participated in apartheid rallies and she was just front and center on campus throughout her years.”

Xi Omega member Carla Mannings, line sister of Kamala Harris, had the opportunity to speak with @wusa9 about how inspired she is by her friend! https://t.co/uyjIRtIThp

Harris made mention of her efforts to fight for change when she was younger during a speech with Biden on Wednesday in Wilmington, Delaware.

"All across this country, a whole new generation of children is growing up hearing the cries for justice and the chants of hope on which I was raised,” Harris said.

Mannings said her line sister is now an inspiring figure to young women of color.

"African-American little girls and women are oftentimes told over and over again what we cannot do,” she said. “Kamala has shown the world what Black and brown young girls, young women, women my age at home, what we can do.” 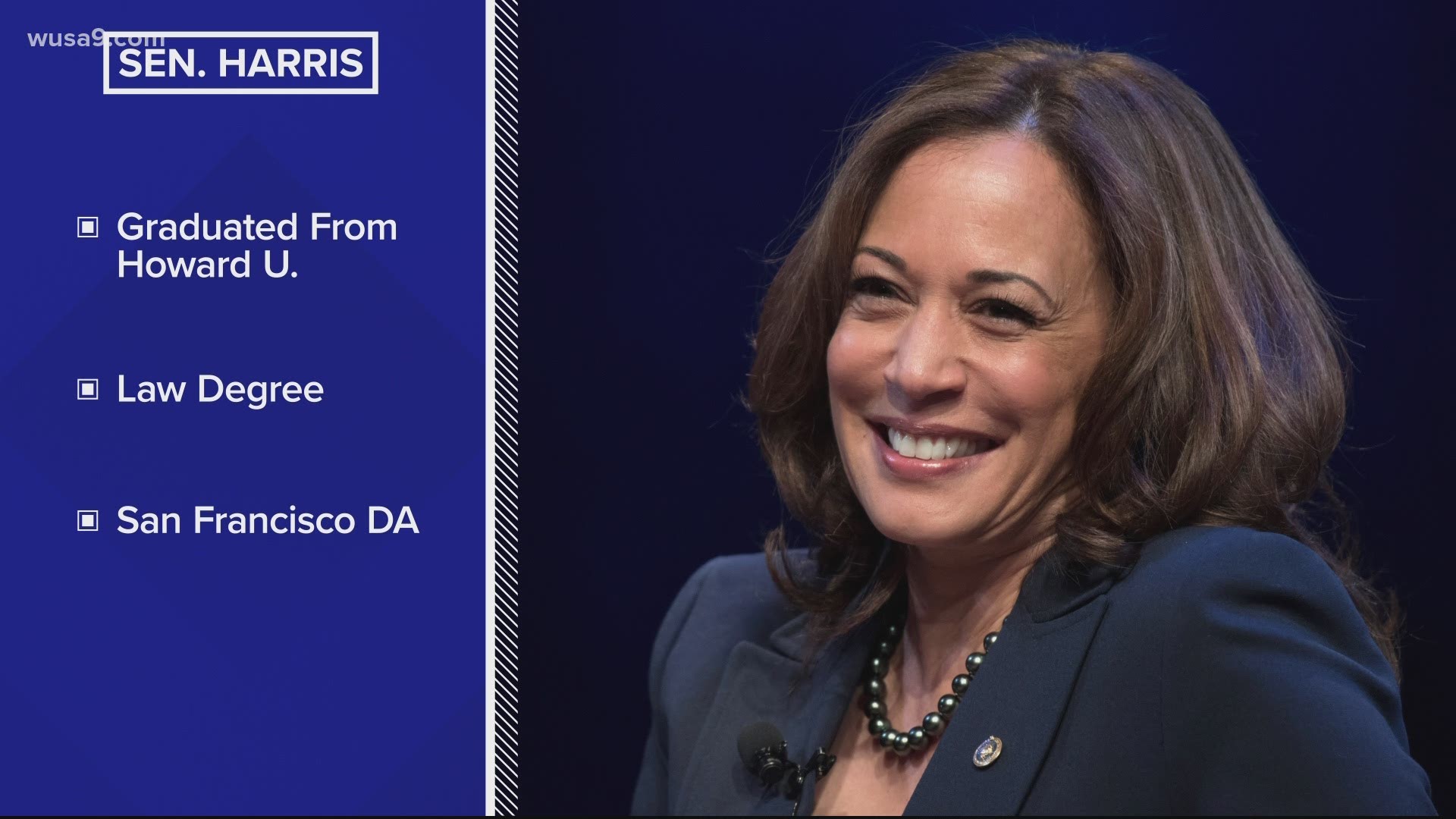 RELATED: Biden and Harris appear together for first time as running mates

Mannings said she still tries to keep in contact with Harris and the rest of her line sisters at Howard University. She knows Harris is busy right now, but she said if she could talk to the VP candidate right now she would say one thing.