If approved, this wouldn't be the first Trump-themed balloon to make an appearance in the nation's capital. 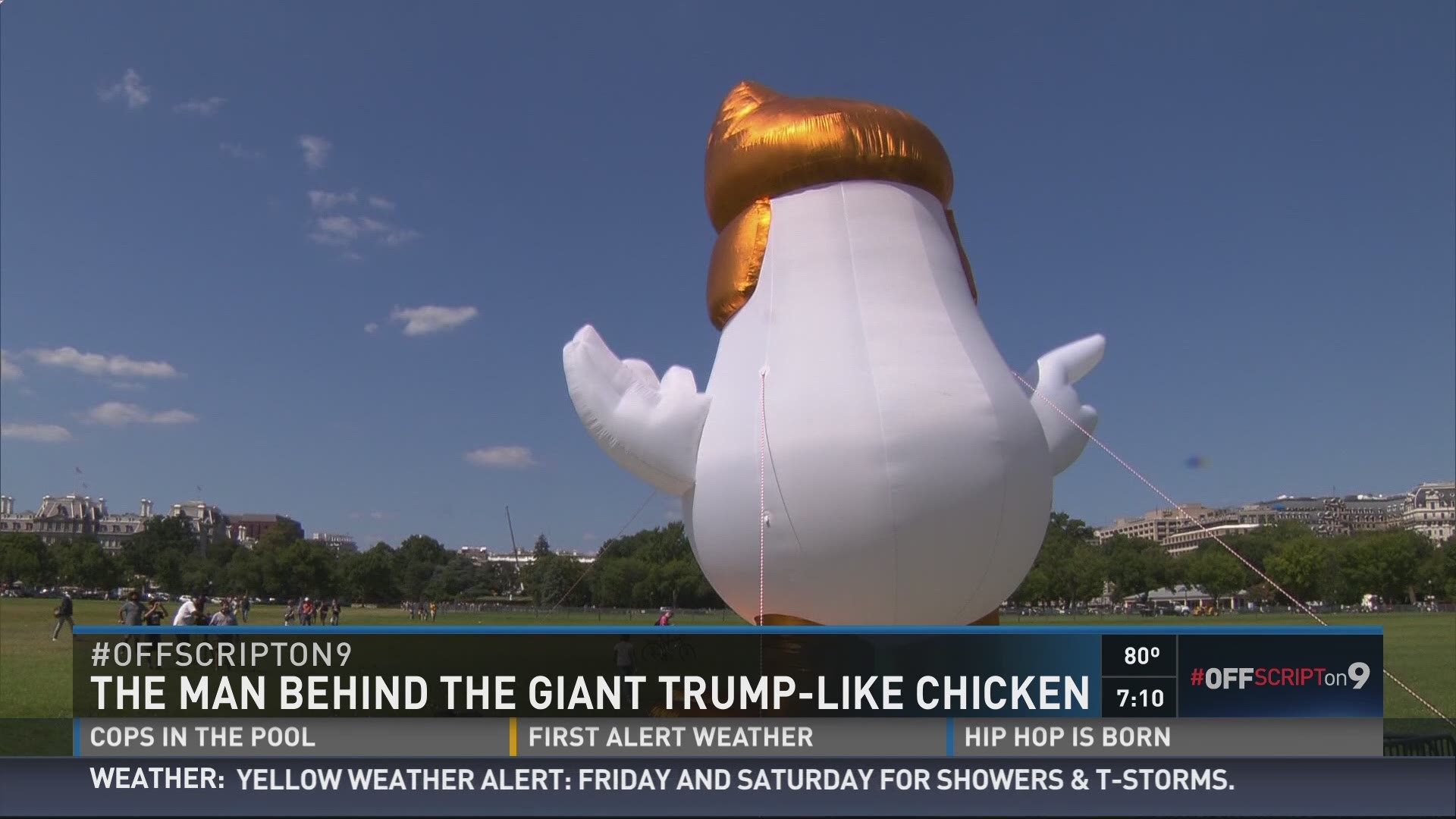 WASHINGTON -- A group of protesters filed an application to fly a "Baby Trump" balloon on the National Mall on Independence Day.

People affiliated with the group Code Pink filed the permit application for July 4 from 7 a.m. to 1 p.m. The application asks for access to an "open grassy area nearest to Lincoln Memorial."

Earlier this year, President Donald Trump announced his plan to host an event at the Lincoln Memorial on the holiday, with "an address by your favorite President, me!”

The presidential event is slated to be called “A Salute to America,” administration officials told the Washington Post.

Credit: AP
A woman posing as statue of liberty stands next to the 'Trump Baby' blimp as people gather to demonstrate against the state visit of President Donald Trump in Parliament Square, central London, Tuesday, June 4, 2019. Trump will turn from pageantry to policy Tuesday as he joins British Prime Minister Theresa May for a day of talks likely to highlight fresh uncertainty in the allies' storied relationship. (AP Photo/Matt Dunham)

RELATED: PBS: Whatever the president's plan for Fourth of July may be, 'A Capitol Fourth' show will go on

The permit application says organizers plan to "show opposition to a political event called by president on July 4th."

Organizers did not immediately respond to WUSA9's requests for comment; this article will be updated when we hear back from them.

The Baby Trump balloon - which has previously been spotted in London during the president's most recent visit there - was recently stabbed by a far right activist.

The Hill reported a UK woman who calls herself "Based Amy" stabbed it with a sharp object and was later arrested.

Credit: WUSA
In 2017, a giant chicken balloon designed to look like Donald Trump popped up outside the White House.

If approved, the Baby Trump balloon would not be the first giant Trump themed balloon to fly in the nation's capital. In 2017, Taran Brar got a permit to put a giant inflatable he called "Chicken Don" right outside the White House.

"I'm calling him a bad leader, I'm saying he's too afraid to release his tax returns and he's too afraid to stand up to Vladamir Putin," Brar said on WUSA9's Off Script at the time. "He's playing a game of chicken with North Korea."

Should NPS approve the application for the Baby Trump balloon protest, it will add to an already complicated day on and around the National Mall.

There are several celebrations happening across the area. In addition the president's apparently planned speech from the Lincoln Memorial, "A Capital Fourth," the longstanding PBS show on the West Lawn of the U.S. Capitol Building, tweeted last month their act will go on as planned.

Per previous reporting, USO normally plans an event for the White House South Lawn on July 4 as well. USO did not immediately respond to requests for comment.

For decades, Washington D.C. has played host to Independence Day celebrations on the National Mall. In a post-9/11 world, security measures for the holiday have not really varied, with the fireworks launch site at the Lincoln Memorial Reflecting Pool. This will be the first year in some time to change the security plan.

Typically, walkways around the reflecting pool were closed 10 days prior to July 4. It's unclear how this year's changes will impact closures ahead of Independence Day, though NPS did confirm the fireworks will be launched from West Potomac Park this time around.

"This move will allow the National Park Service to open new areas of the National Mall to spectators, including the area around the Lincoln Memorial Reflecting Pool, so that more people may enjoy the performance," NPS Chief Spokesperson Mike Litterst wrote in a statement.