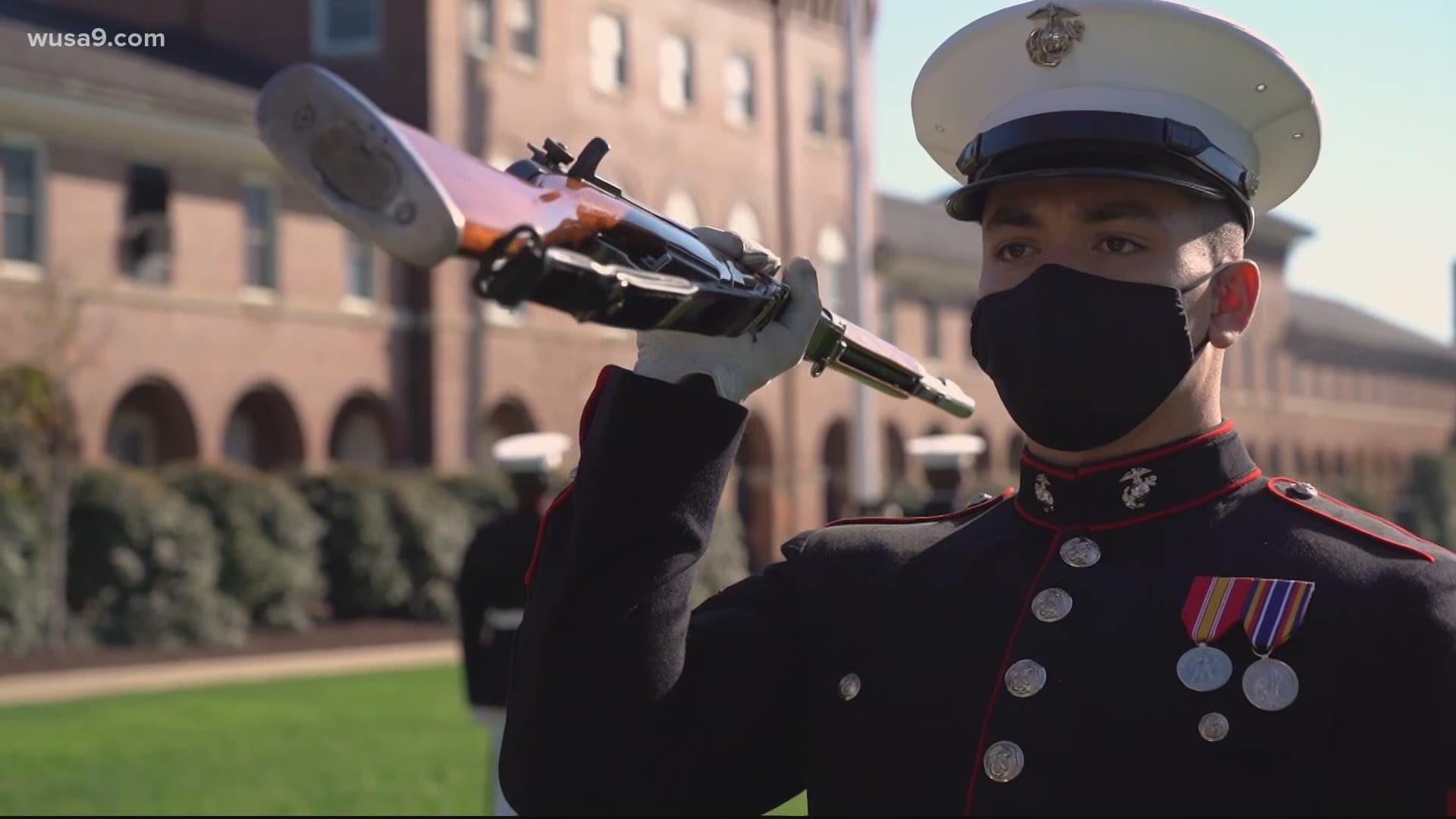 WASHINGTON — During the inauguration on Wednesday, members of our military were on full display. Marines from the U.S. Marine Corps here in Washington, D.C. were among the men and women to participate.

In the Parade Across America, Marines conducted a rifle inspection sequence.  “I’m Captain Isaac Seals and we are the United States Marine Corps. silent drill platoon.”

Of the 186,000 Marines across the nation, Captain Isaac Seals V, the Platoon Commander, and his fellow Marines, gave the world a glimpse of what they’re all about.

A display of how far the Marines have come since his grandfather served the country decades ago. “When he joined the Marine Corps, he experienced a lot of racism and a lot of things have come a long way. The positions that I am in as a Platoon Commander, being an officer, a Captain in the Marine Corps. I have Marines underneath me of all races and whatnot, and just  being in the position that I am currently, and know where he came from, and seeing what he's seen in the hard things that he's necessarily gone through, I know that he'd be really proud of me right now.” Captain Seals added.

#GetUpDC! As we wrap up inauguration coverage, I had the honor of speaking with two Marines stationed in DC who served during Wednesday’s events. Make sure you catch this story. .⁦@wusa9⁩ pic.twitter.com/JT4NJJifZ6

Gunnery Sergeant Brandon Cobb served as an usher, escorting lawmakers during the inauguration.

“It was still a surreal moment, you know. I was just taken aback by just being in the presence of our leaders and to represent our American democracy on TV for the rest of the country. Every day I put on this uniform  it's 'What can I do today for the Marine Corps and for this country?'” Gunnery Sergeant Cobb said.

In his 15 years in service, the kid born in Suffolk, Virginia has had a variety of experiences, traveled the world, and this week was another example of the man the Marine Corps has molded him into. “I've had several unique opportunities. But for me, you know, it's always been about just supporting and defending the Constitution, serving the country, and those things it's just the unique experiences that I've been afforded that has just made it you know the icing on the cake for me.” Gunnery Sergeant Cobb added.