Sanders to stay in the race despite disappointing Tuesday primary

Sanders argued that even though Tuesday's primary was not what the campaign wanted, but that he is still winning with his agenda and young voters. 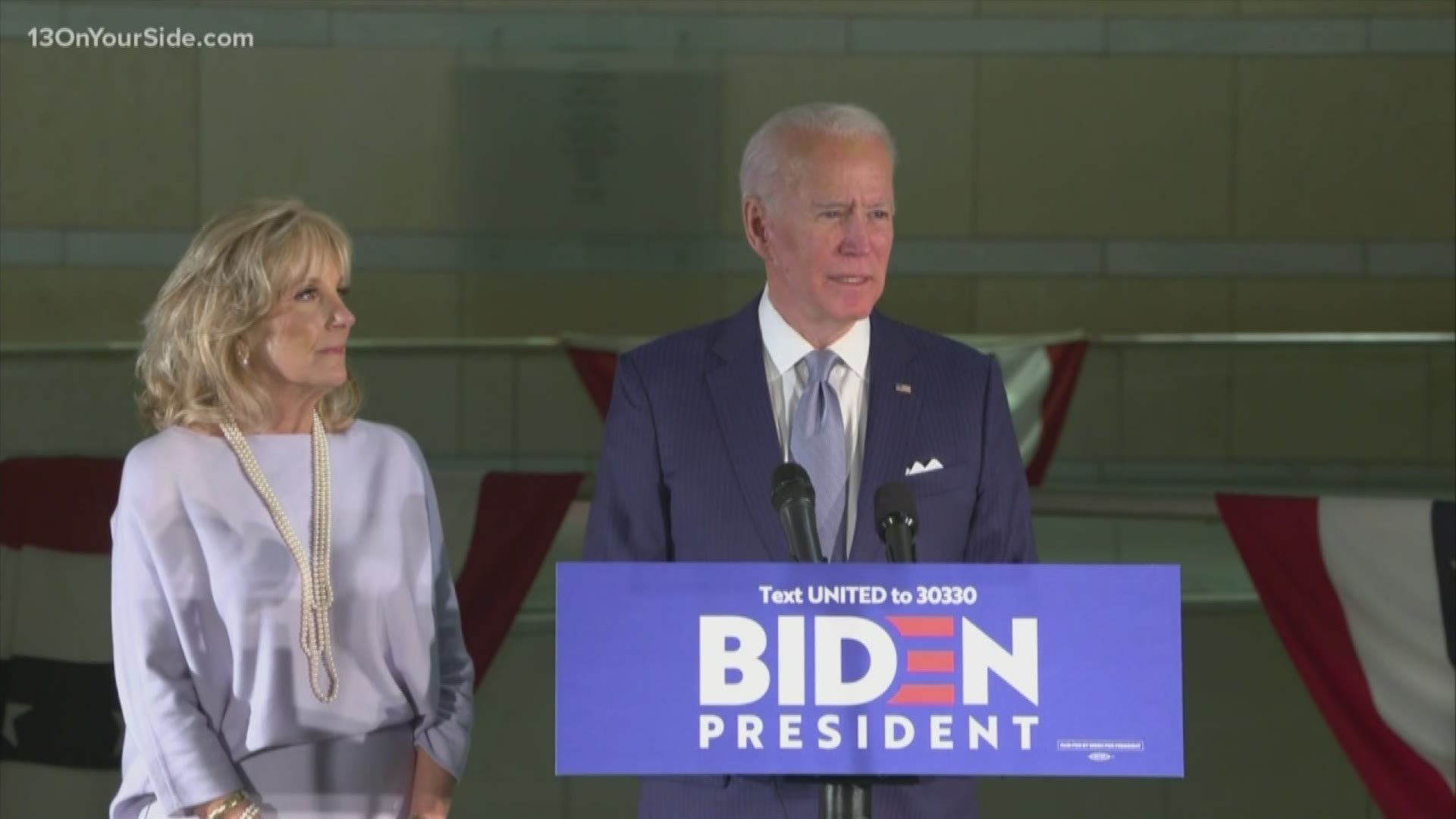 WASHINGTON — Bernie Sanders came out to discuss the state of the Democratic presidential race and his place in it on Wednesday. This, after disappointing results in Tuesday's voting contests left his campaign at a crossroads.

Sanders chose not to make a public statement Tuesday night as the results from the March 10 primaries rolled in.

Earlier that day before any results were announced, the campaigns for both Biden and Sanders announced they would be canceling their Tuesday campaign events in Ohio due to coronavirus concerns.

Biden, with his wife Jill by his side, spoke to a sparse audience of reporters  and campaign staff in a room in Philadelphia Tuesday night.

Shortly before Sanders was scheduled to speak, sources told campaign reporters that he plans to stay in the race.

Former Vice President Biden's big wins in Michigan, as well as in Missouri, Mississippi and Idaho, dealt a serious blow to Sanders and substantially widened Biden’s path to the nomination.

Politico reported Wednesday, citing Joe Biden's communications director Kate Bedingfield, that the Biden campaign said they would welcome supporters of Sen. Bernie Sanders with open arms. Bedingfield said in the interview on Fox News, "there is a whole lot about our message that appeals to Sanders voters."