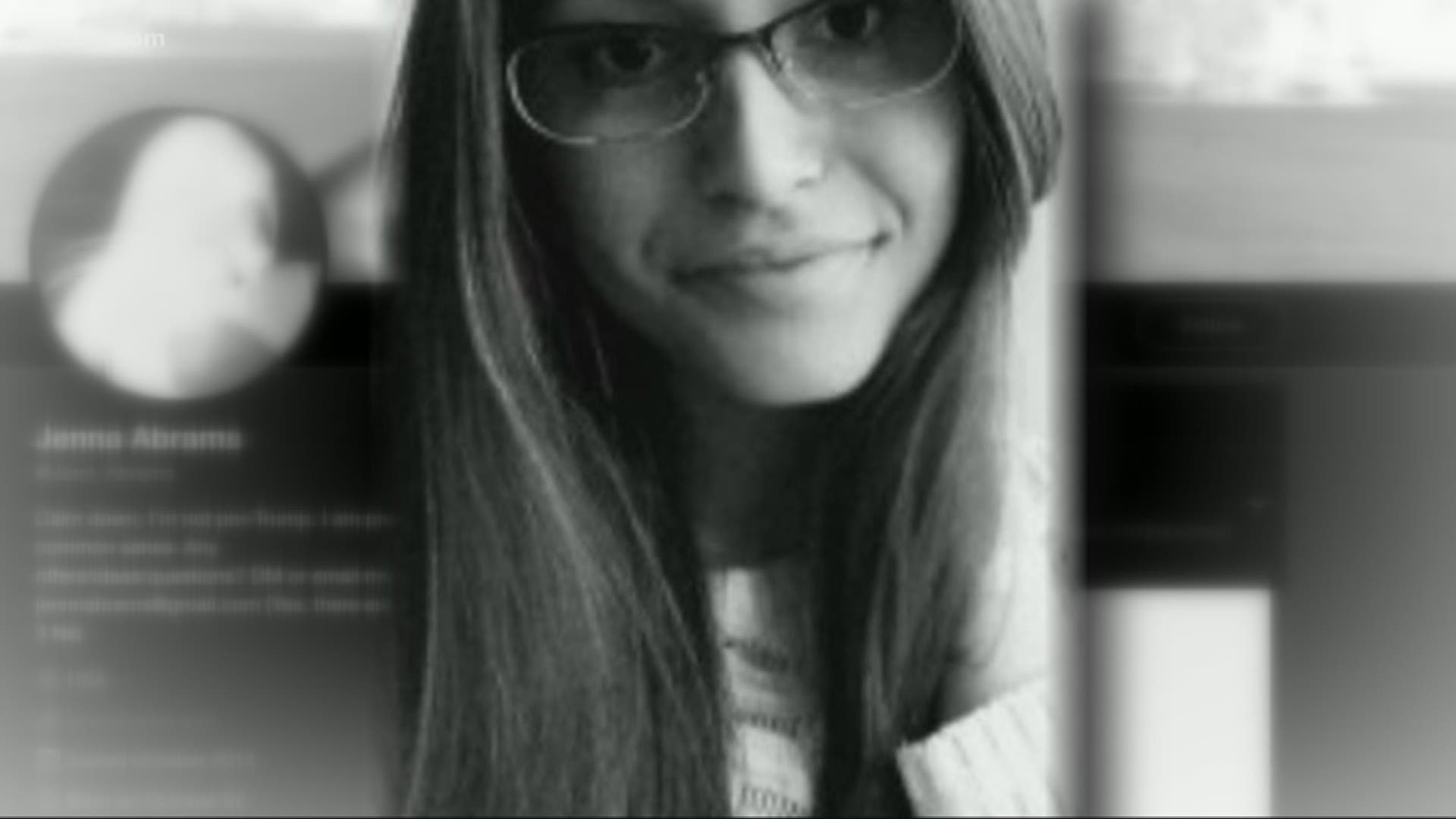 WASHINGTON -- She was known for glamorous looks, and serious shade. But who would’ve thought an apparent - yes apparent - Virginia Trump supporter would end up in the Mueller Report?

Special Counsel Robert Mueller highlighted the effect of flame-throwing Twitter troll Jenna Abrams in the first few pages of his report, the volume detailing Russian interference in the 2016 presidential election.

Abrams purported to be a proponent of the president, boasting 70,000 followers on the social media platform.

But Abrams’ tweets frequently turned toxic, inciting arguments with activists, and even a Twitter battle with the former U.S. ambassador to Moscow, Michael McFaul.

Her rhetoric was ugly, yet she looked more like a model than a troll. Her unapologetic delivery caught the attention of Michael Flynn Jr., son of convicted former national security advisor, Lt. Gen. Michael Flynn.

It was a now infamous tweet concerning the Confederate flag that solidified her celebrity status among the alt-right, a statement receiving more than 40,000 responses.

“To those people who hate the Confederate flag,” Abrams began, “did you know that the flag and the war wasn’t about slavery, it was all about money.”

The tweets were deliberate and successful attempts to deceive and sow division. The Special Counsel’s Office said Abrams enraged through the anonymity of the Internet, and provoked the prejudices of American voters.

The account @Jenn_Abrams wasn’t run from a room in Virginia, but from a room in St. Petersburg, Russia. The photos of “Jenna” were simply stolen from a Russian Instagram account.

According to the Mueller Report, Trump allies like Sean Hannity and Roger Stone responded to or promoted deceptive Russian tweets, with the social media company informing 1.4 million people they may have interacted with dubious accounts.

The Special Counsel’s Office said Twitter deactivated @Jenn_Abrams during the course of its investigation. Thirteen Russian citizens and the financier of the St. Petersburg troll farm now indicted as part of the Russia probe.