Virginia lawmakers give updates on riots in U.S. Capitol

Elaine Luria, Mark Warner, Rob Wittman and others used social media to let people know about the protests and Capitol breach by supporters of President Trump. 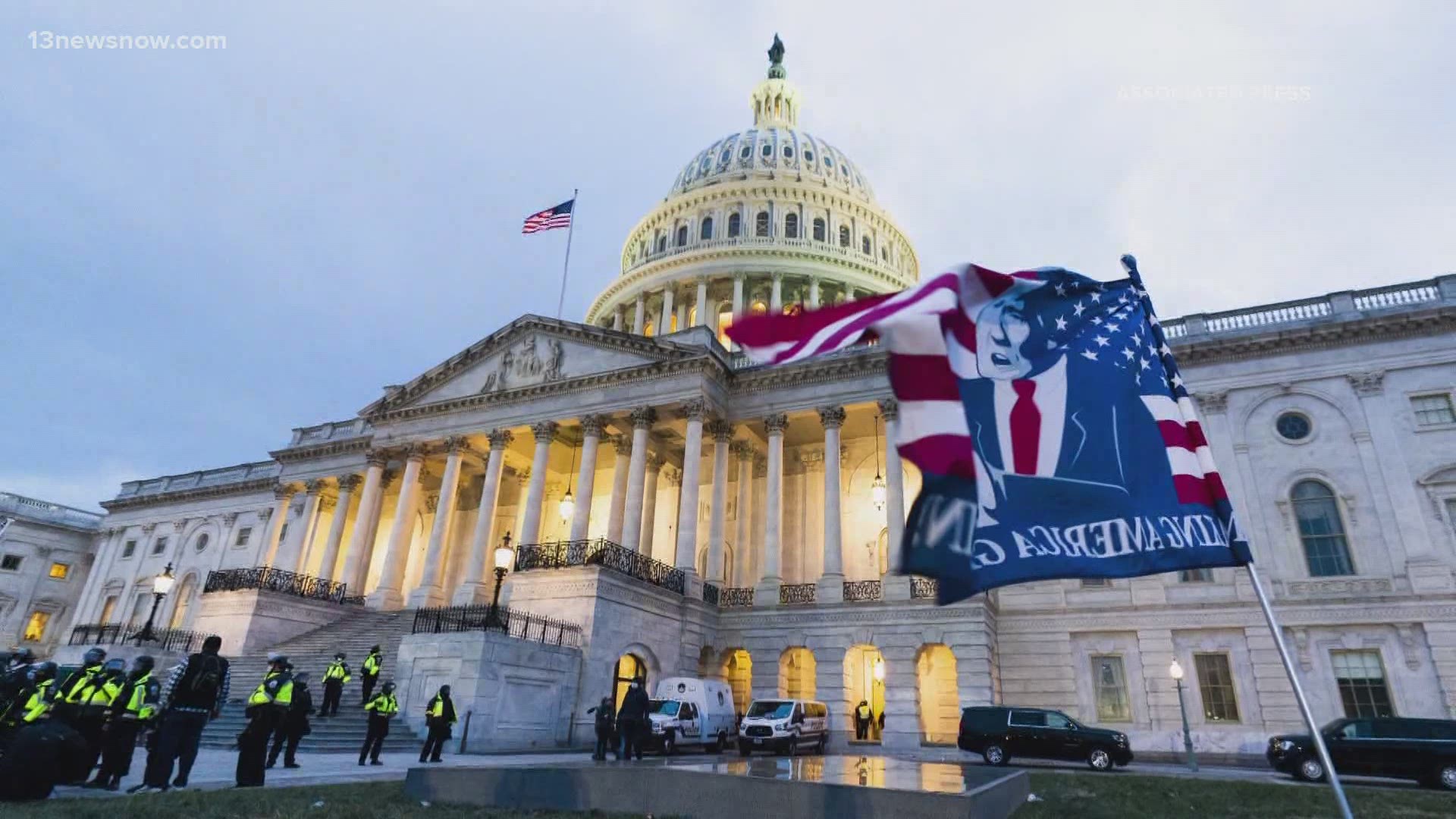 NORFOLK, Va. — Protesters supporting President Donald Trump marched to the US Capitol Wednesday, and some broke into the building.

In the chaos, many lawmakers were evacuated for their safety. Several Virginia lawmakers were in Washington today, for the confirmation of the election results.

Just after 4 p.m., Sen. Tim Kaine's representative sent a message that he was safe.

He later tweeted that he was "praying for the safety of Capitol workers, members of the press, and all here in Washington today."

My staff and I are safe right now—following the instructions of Capitol Police and praying for the safety of Capitol workers, members of the press, and all here in Washington today. This violence must end now.

Thanks for your concern — I am safe and sheltering in place with other senators. Please join me in praying for our country, and for our fellow Americans to do the right thing.

Congresswoman Elaine Luria, a Democrat from Norfolk, said she was evacuated from her office around 1:45 p.m.

Luria said security had warned them about a possible pipe bomb outside, and she heard "what sounds like multiple gunshots."

"I don’t recognize our country today and the members of Congress who have supported this anarchy do not deserve to represent their fellow Americans," she wrote.

She also said "Domestic terrorists will not stop democracy."

I just had to evacuate my office because of a pipe bomb reported outside. Supporters of the President are trying to force their way into the Capitol and I can hear what sounds like multiple gunshots. (1/2)

After President Trump tweeted out a video, Luria quote-tweeted it, adding the comment: "You are a  complete disgrace to the Office of the President."

You are a complete disgrace to the Office of the President. https://t.co/YKE6tnD2s3

"Please allow us to get the work of the people completed," he said.

This is absolutely unacceptable. This is not how we conduct the Nation's business. Please allow us to get the work of the people completed.

"Evil always raises hell before it is cast out," he wrote. "We will pass this test. Democracy will prevail."

I'm safe. Evil always raises hell before it is cast out. We will pass this test. Democracy will prevail.

Rep. Bobby Scott (D-3rd District) issued a brief tweet shortly after 6 p.m. saying he and his staff are safe.

My staff and I are safe.